In the 1970’s, Forhan was a large influence on the establishment of the Juvenile Justice and Delinquency Prevention Act of 1974.

John has been a beloved AUSB professor since the early 80’s. He has, however, not always been teaching. For more than 30 years, he was a fierce lawyer. Behind a humble and harmless facade, hides a past as a true fighter for social justice and equality. In the 70’s, he was a major contributor to a juvenile justice reform, which would come to impact the lives of tens of thousands of young men and women. His hard work and great skills didn’t go unnoticed, as he ultimately ended up working for President Carter.

But let’s start from the beginning. John Forhan grew up in the 50’s and 60’s, in a working class home with his parents and four siblings, in the steel city of Cleveland, Ohio. Being a smaller child than his peers, he had to learn to fight back and form alliances at an early age. When asked to summarize his childhood, he describes it as a “very good one.”

After graduating high school, he went on to John Caroll University, located in his home state. He earned his Undergraduate Degree in History, while working full time in order to afford the tuition costs. His long haul and high grades led to a full scholarship at the prestigious University of Notre Dame, in South Bend, Indiana.  There, he fulfilled his father’s wishes for him, and made good use of his persuasive abilities, earning a Law Degree.

Without being boastful, he tells me, “While some people thought Law School was the hardest thing they ever did, I found it one of the easier things I’ve done in a while.” John simply had an eye for it, and he found it easier than working and going to school full-time as he did during his undergraduate studies.

Soon after graduating from Notre Dame, a long journey of protecting the weak and challenging the status quo began. At the time, John and his legal partner were defending youngsters in juvenile court through an organization that provided legal help for poor people. Many of the boys were telling them stories about horrible conditions and abuse at a state-wide institution for male juvenile offenders known as Indiana Boys School. John explains that some of the stories were totally inconceivable. He and his partner consequently decided to go check it out for themselves. This is his story of their experience:

“We went on a rainy day. Drove down to Southern Indiana from South Benn in the Northern parts of the state. We went in [to the Indiana Boys School]from a side door to escape the rain. So, there was no reception or anything there. We walked right into a hallway which had several doors only a few feet apart from each other, with small windows in them. So, we looked into a little window, and we saw kids, young guys, strapped in their underwear, with their legs and arms manacled to a cot. Each one of those rooms was 6 x 10 feet, like big closets. These were the isolation cells, and we wondered, what in the world was going on here. As we were walking down the hallway, a counselor walked out from his office, and we thought he was going to tell us where to go, and probably throw us out of the section we were in. But surprisingly to us, he was really welcoming and took us in to his office. He said, ‘If you think this is bad, you should look at this.’ He started showing us files and telling us stories about some of those kids and other young people as well. They had a situation in which they really were being abused.”

Through the counselor, they found out several instances of physical and mental abuse. Psychotropic drugs like Thorazine were given to kids to control their behaviors without doctor’s prescriptions, and sometimes administered by non medical-staff.  Kids were also being locked up for days in isolation cells for non-serious offenses. And there were stories of horrible beatings.

He goes on to explain the troubling reality of how boys aged 14 to 18 could come to be placed at an institution like this one:

“They could be put in the Indiana Boys School for something called status offenses. That means an action or activity that wouldn’t be a crime if committed by someone over 18. Truancy was one of them, breaking curfews was another one. If they committed status offenses more than once, they could be put in these institutions. Also minor offenses, like shoplifting could get you into one of these institutions.”

However, not all inmates were status offenders. John describes some of them as “down right criminals.” Notable former inmates are Charles Manson and Mike Tyson.

John and his partner filed a class action lawsuit against the State of Indiana, as the state was in charge of the institution. The counselor’s files, and testimonies from current and former inmates, were vital for the case (Nelson v. Heyne), which was brought up in the US Federal District Court in South Bend, in 1973.

In court, the superintendent of the school denied that any kind of abuse was going on. But during his testimony, being cross examined by John, the superintendent had to admit that he had been lying. As a result of his lies and the aforementioned evidence, the judge ruled the school’s treatment of inmates as cruel and unusual punishment, violating the Eighth Amendment.

John describes the ruling as follows: 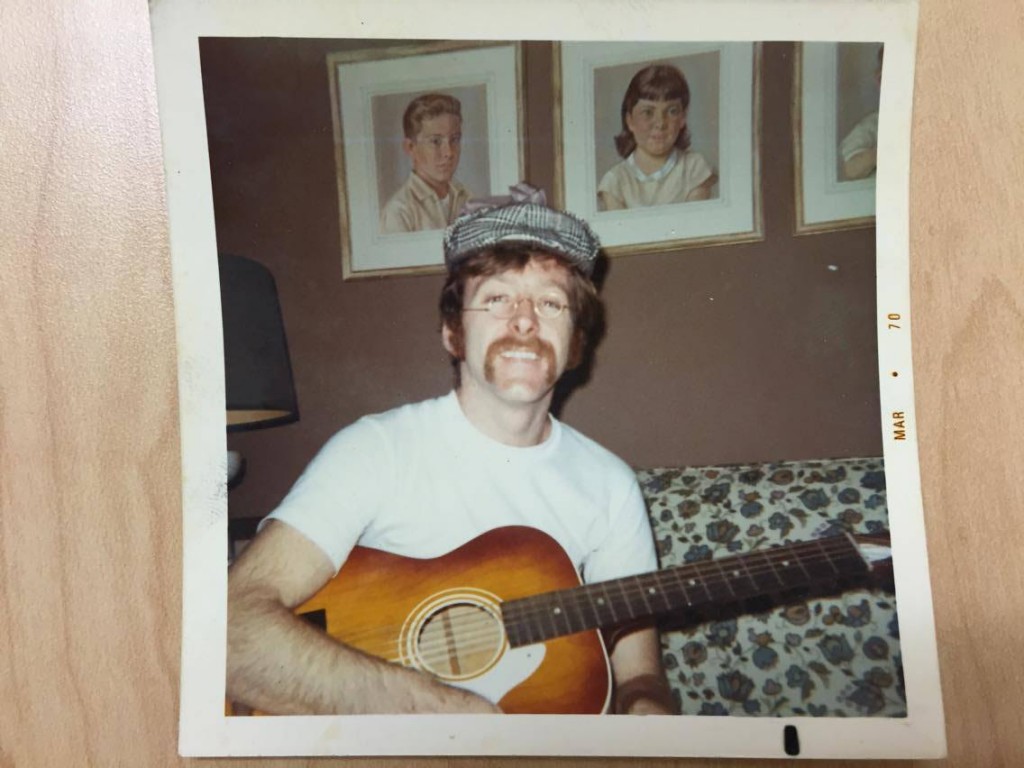 The State of Indiana was highly dissatisfied with the ruling, especially with the part stating that they had to provide rehabilitation and treatment for inmates. They consequently appealed the verdict to the US Court of Appeals in Chicago. But it was of no use. The Court of Appeals upheld the District Court’s decision, and affirmed John’s and his partner’s victory.

But once again, the State of Indiana appealed the decision. This time, to the Supreme Court. John explains the reason to their appeals as, “They did not want this principle of right to rehabilitation and treatment to be established in the law, because if it would, it’d become a standard that had national impact.”

John and his partner faced a problem when the case was taken up by the Supreme Court. They were too young – around 25 years old – and hadn’t been lawyers long enough, in order to formally be admitted to the Supreme Court. Therefore, they had to file a special petition in order to argue their case there. Luckily, a special exception was made, and they were admitted. And once again, their victory was affirmed.

Their case was the first one to deal with the right to rehabilitation and treatment for juvenile offenders, but definitely not the last one. It had somewhat of a domino effect, and similar cases around the country followed. As a consequence of the rulings in these cases, and other rulings in the 1960s, stating that kids had the right to lawyers in juvenile court, the Juvenile Justice and Delinquency Prevention Act of 1974 (the JD Act), was established. Its major sponsors were Democratic senators Ted Kennedy from Massachusetts and Birch Bayh from Indiana, and also Republican Senator Charles Mathias from Maryland. It was originally funded at around $10 million. 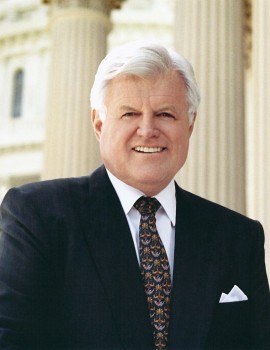 The JD Act established a program which would give money to states if they did certain things. These things involved not keeping children and adults in the same institutions, not locking up status offenders, establishing shelters for runaways, and setting up group homes for kids who were repeatedly in trouble.

The Santa Barbara fraction of the program is called Fighting Back. According to John, the program is more important today than ever. He says, “It’s a terrible life to be a kid on the street. After school activity programs [provided by the OJJDP]are crucial to them.”

By the time John was appointed by President Carter, in 1977, he had already been a Santa Barbara resident for two years. So, how did this successful Indiana lawyer from Cleveland end up in a small town on the West Coast?

Well, a friend of John’s wound up here after his car broke down. He called John and told him about the beauty of Santa Barbara, and that there was plenty of opportunity to work as a civil rights lawyer here. In 1975, John moved out here and met a woman who he’d later marry. But before starting up his own practice in Santa Barbara around 1980, he spent a few years in Washington DC, working for Jimmy Carter.

He started  teaching at AUSB in the early 80’s. His wife was an Antioch student, and had mentioned John’s background to a professor. Antioch subsequently offered him to teach a class on civil rights and social issues. For approximately 20 years, he only taught one class a year, as he was running his own law firm simultaneously. Then, around the year 2000, he had a heart attack, which forced him to stop practicing law. He consequently started picking up more classes, and he tells me how he really loves teaching. Over the years, John has taught 19 different classes at Antioch, all related to political science, economics, and ethics.

The John Forhan I’ve had the privilege to get to know during an ethics class this quarter is a virtuous, altruistic, and kind man. The story of his achievements and history confirm my impression.

When telling him that he seems like a man of principles, he laughs and responds, “I try. I have my failings, but I’ve always tried to do the things I believe in.” So I asked him what he believes in. This was his response:

“Civil rights. I believe in ethical choices in life. And I love fighting for the underdog.”