“Love for all, hatred for none”, how one student can make a difference.

Farokh Khan was born on July 1985 in Lahore, Pakistan. At the age of two he moved to Norway. He came to Antioch two years ago and is going to get a Bachelor of Arts in Liberal Studies. AUSB has become a very important and nurturing environment to Farokh . He started to live with the values of equality, justice, and truthfulness. Now, being able to do that for couple of years, he can focus to advocate people around him about social justice. He believes that his strongest side is when he is doing something for someone. His goal is to work to help people. He really enjoys reading and learning. He’s debating on going into the psychology or law field, but he is positive he wants to work for the betterment of humanity. His later goal is to write books about peace, equality, and justice! I interviewed Farokh about his out of school activities to promote social justice.

Antioch University has awakened the passion to advocate social justice, which was somewhere deep lying in my heart. -Farokh Khan

What group are you a part of?

I am a member of Ahmadiyya Muslim Community. A dynamic, reformist and fast-growing revival movement within Islam. The largest Muslim Community in the world under one leadership. Founded in 1889, the community spans 206 countries with membership exceeding tens of millions. Ahmadiyya Muslim Communtiy USA, established in 1920, is among the first American-Muslim organizations. Ahmadiyya Muslim Community believe that the long-awaited messiah has come in the person of Mirza Ghulam Ahmad (1835-1908) of Qadian, India. Ahmad claimed to be the metaphorical second coming of Jesus of Nazareth and the divine guide, whose advent was foretold by the Prophet of Islam, Muhammad. The Community believes that God send Ahmad, like Jesus, to end religious wars, condemn bloodshed and reinstitute morality, justice and peace. Ahmad’s advent has brought about an unprecedented era of Islamic revival and moderation. He divested Muslims of fanatical beliefs and practices by vigorously championing Islam’s true and essential teachings.

What does your group do in the community and in reaction to ISIS?

We promote the true teaching of Islam which is peace, equality and justice. We hold peace symposiums, and our leader His Holiness Mirza Masroor Ahmad has visited the British Parliament, The US Congress Hall, European Union, and many other governments to promote the true teaching of Islam. To honor the victims of 9/11, we launched the annual “Muslims for Life” Blood drive. The campaign has helped saving more than 118,000 lives. Our past campaigns were “Muslims for Peace” and Muslims for Loyalty”. As a citizen of any country, an Ahmadi Muslim, will always show absolute love and loyalty to the State. Whenever a country requires its citizens to make sacrifices, the Ahmadiyya Muslim Community will always be ready to bear sacrifices for the sake of nation. Inconsistent messages from Muslim leadership and ISIS have created increased risk of extremism and radicalization. To remedy these concerns and risks, we have launched a public awareness campaign, “True Islam”. The campaign educates Americans and Muslim Americans on Islam’s view of eleven major points of contention.

What do you think are the main points of Islamic teachings?

Islam champions peace, loyalty to one’s country of residence and service to humanity. True Islam rejects all forms of terrorism. True Islam believes in non-violent Jihad of the self and of the pen, equality, education, and empowerment of women. True Islam advocates freedom of conscience, religion, speech, the separation of mosque and state. True Islam encompasses the Universal declaration of Human Rights and recognizes, that no religion can monopolize salvation.

How does ISIS affect followers of Islam?

The “True Islam” campaign is a reaction of this affect. We don’t want the humanity to be destroyed by ISIS. ISIS must be stopped!

How does the United States response to ISIS make Muslims feel?

President Obama has said that ISIS must be stopped. I totally agree with him.

How does love and compassion intersect with Islam?

Islam means Peace. Love and compassion is Islam. Our slogan is “Love for all, hatred for none”.

What do you want us to know?

Islam is not ISIS

How can students at Antioch make a difference to help this cause?

Extremists recruit by distorting Islam. But we can STOP them, and YOU can help.
Please visit www.trueislam.com and endorse. 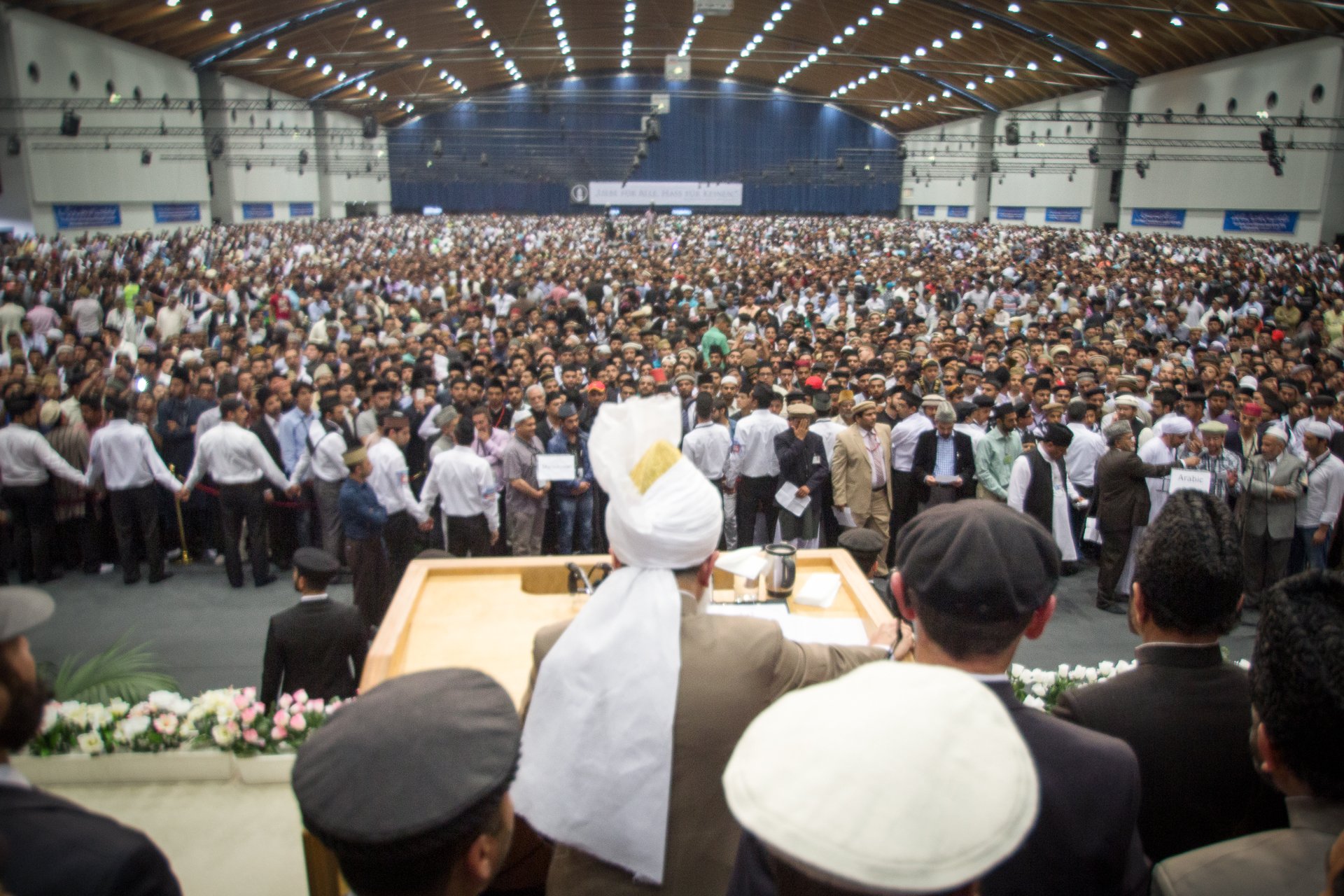 A powerful photo at an event that had around 40,000 people at it.