“We are ‘Surprise Me’. Originating from Santa Barbara, California. People say our genre is Electronic/Rock/Pop.” – ‘Surprise Me’ Band Members

Students here at Antioch always have been known to have something unique and creative to offer the community. Recently I discovered that our friend, and fellow Antioch SB student Dennis Pater is part of an incredibly talented band that I was fortunate enough to see play in the heart of down town Santa Barbara this last weekend. Collectively, myself and many other Antioch students joined in supporting our fellow classmate as he performed at the Blind Tiger on April 30th. If you missed out, do not worry there will be plenty of other times you can see them perform in the future. 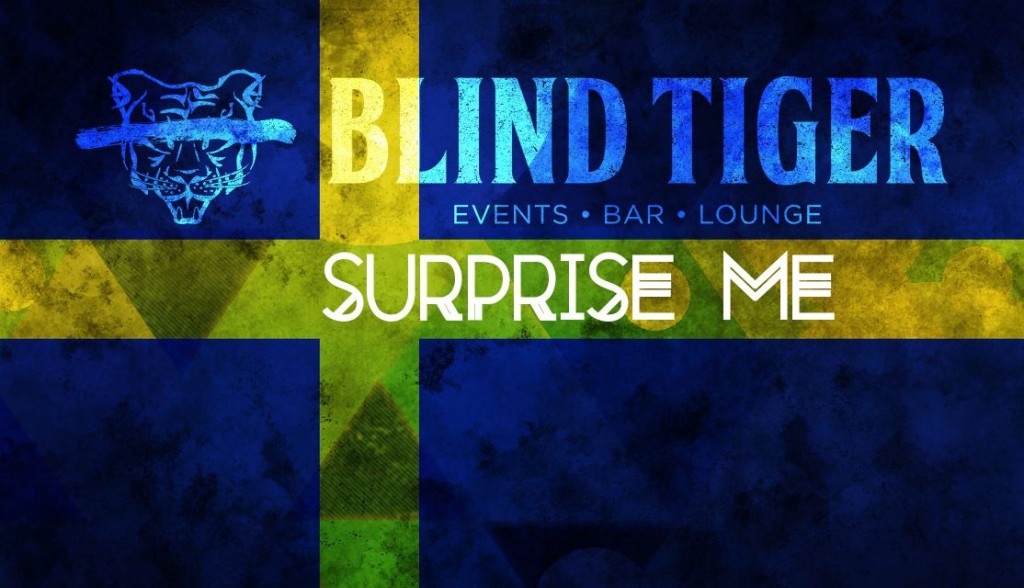 If you didn’t catch Surprise Me April 30th at Blind Tiger there will be plenty more times to come.

It turns out that Dennis however, joined the band more recently, and has proven to be a huge asset to the band as a whole. Prior to picking up Dennis the band consists of John Joveth Jorquia, Carmalisa Reichhart, Julian Hall, Dex Sullivan, and Michael Bell, who had for six months before begun to pick up quite a following. 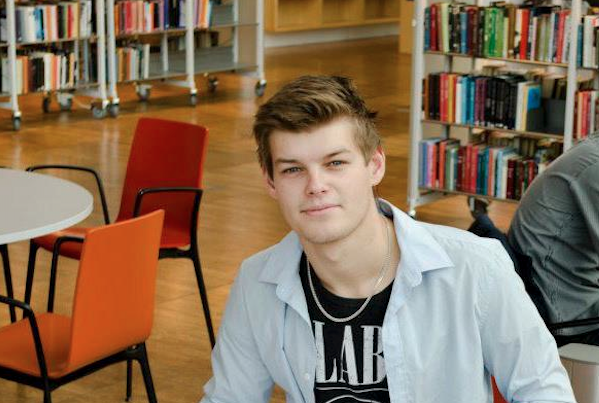 During the performance at the Blind Tiger, Dennis showed us all the amazing keyboard skills many others—including myself—here at Antioch probably never knew he had. His keyboard knowhow was astounding coming from someone who is not nearly as musically inclined. Great to see a familiar face up on stage as well. 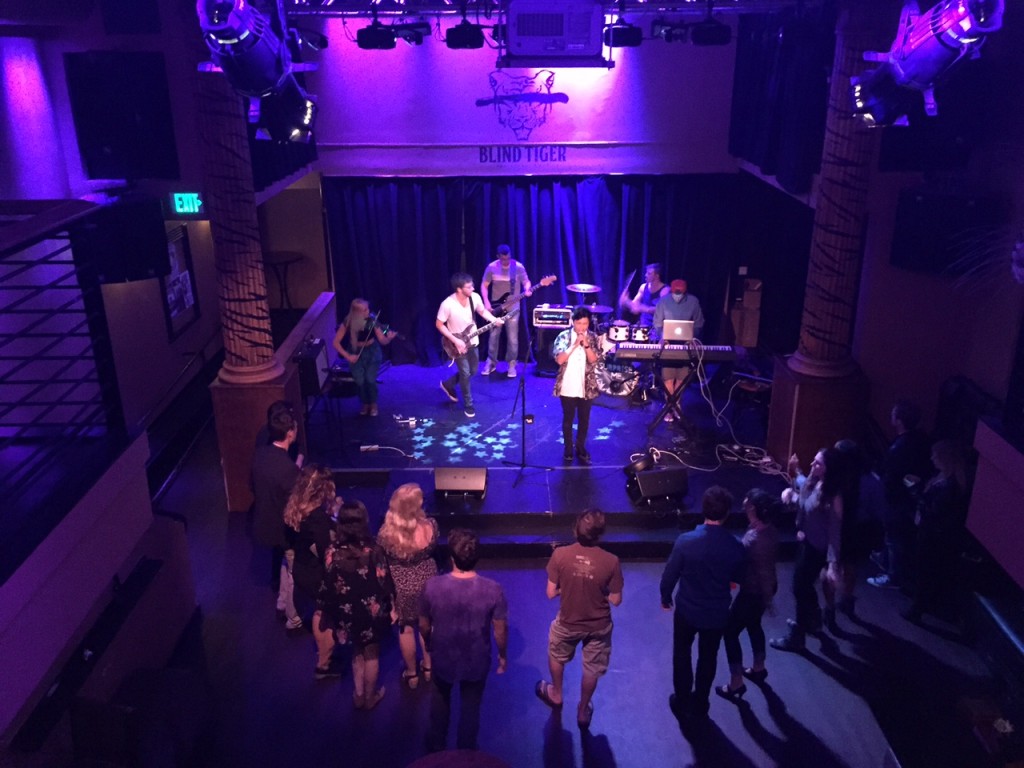 The Majority of those who showed up were all friends, and other people who know Dennis from school. There was a very close familiar feeling during their performance. Shown above is a photograph I took during one of their first songs. As the evening progressed I figured their music was better to be heard by other, as well as seen, so it could be really appreciated. Enjoy this short audio/visual clip below.

“Dennis is a huge improvement to this band. Welcome to Surprise Me” – ‘Surprise Me’ Band Members

Being the second Swedish member of the bands team Dennis drew in a decent crowd as mentioned before, and as far as I could tell most of the people there came to see him play. Many students from Antioch gathered to support their good friend as he put on a great show with his newly joined band. If you had not yet heard of Surprise Me their latest album is now available. Fellow AUSB student, and Odyssey Online writer Josie Stengard previously reported that they are currently working on their second album as well, so stay tuned. For Josie’s full page story click here.

Lastly we have provided a extended performance video of Surprise Me from back in 2104 via their Youtube channel. Enjoy, and keep an eye out for Surprise Me in the near future.