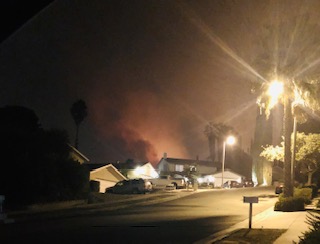 As wildfires continue to rage across California, residents have to adjust to the new reality of fire risk. The largest wildfires in California, the Ranch Fire and the Thomas Fire, occurred in the last two years alone. The Camp Fire, which incinerated the town of Paradise, was the deadliest fire in California history (88 people dead as of late November 2018). Fires continue to ravage the state, many homes and a growing number of lives have been lost. What is creating this increase in wildfire risk and how can people in California adjust to this new climate of fire danger?

California has always been susceptible to wildfires. Forest fires are healthy, natural occurrences that promote the growth of certain native plants, restore soil nutrients, and remove the buildup of debris. However, the recent drought, exacerbated by climate change, has increased the intensity of the wildfires occurring in the state. Fire season is longer than it’s ever been. In the last century, Southern California’s temperature has risen by at least three degrees Fahrenheit. July 2018 was the hottest summer on record. Vegetation is so dry it has become kindling in this new, hotter environment. High-pressure systems over the Pacific Ocean have contributed to the lack of rainfall. The Santa Ana winds, which generally occur in the fall when the land is the driest, exacerbate fire risk in Southern California. Population increase has led to more urban development in fire-prone regions. As urban sprawl continues to encroach on natural land, more and more homes are at risk of being caught in the blaze of a forest fire. 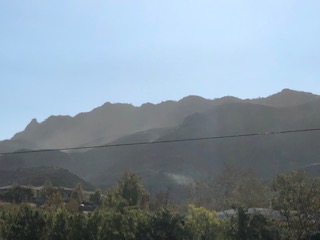 What was your experience of evacuation like during the Woolsey fire?

Andrea: “My husband and I were both working in SB when the Hill fire broke out in Camarillo and the 101 was shut down. All I could think of was my teen son and dog were home alone and we were 60 miles away. Luckily, Google maps got us home by taking PCH along the ocean. However, the Santa Ana winds were horrible. The sand kept hitting the windshield and the sky was orange with flames. It felt like an apocalypse. Once we got home safely to my son and dog the Woolsey Fire broke out not far from us. If you look at the map our home in Agoura Hills was surrounded by fire, and we were evacuated not long after we returned home from Santa Barbara.” 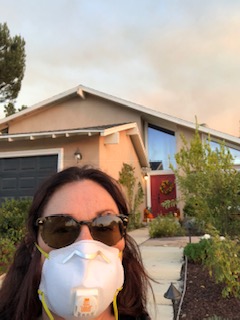 What do you think people living in high fire risk areas should know to be prepared?

Andrea: “We had nothing prepared and I became paralyzed with the idea of packing only what was important. I’m not the type of person who is attached to material things, so I grabbed a file that had all of our important documents, passports, SS cards, house deed, etc. I packed a small suitcase with comfortable clothes and put my computer in its bag. My husband packed his travel suitcase and dog food. My son packed a bag, which later I found contained one pair of jeans, his PlayStation and a few new video games…those were his priorities.”

How do you wish you had been more prepared?

Andrea: “I wish we already had bags packed and a destination planned. We also should have had a plan for my son and dog in case we couldn’t get back in time. I decided to give my house key to a neighbor because what if I couldn’t get a hold of my son…he’s notorious for not picking up calls when he has headphones are on. Also, all hotels within safe distances were booked and we couldn’t decide whether to go north or south. I think I it’s important to have a friend, relative, or hotel in mind beforehand. We wasted important time trying to figure out where to go. After all, not everyone is able to accept three people and a big crazy German Shepard puppy. If you work a far distance from your home, be sure to have back up plans for your kids and pets. I wasn’t concerned about my house or belongings. I was concerned about my loved ones that are irreplaceable.” 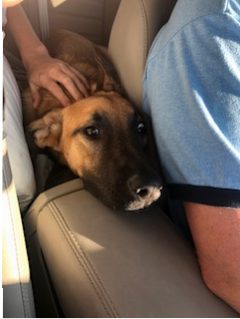 This new reality of living in California has raised the question: How do residents respond to living with fires? Recent statements made by President Trump blaming California’s forest management and threatening to withhold federal support, have been unhelpful and misinformed. Fires are only going to increase as temperatures continue to rise. The effects of climate change are noticeable across the globe, with sea levels rising, arctic ice melting, and climate-related natural disasters increasing. California residents living in risk areas can take some actions to protect their homes and families. Creating an evacuation plan, home preparedness, and having connections with local neighbors (in the event that people or pets may be left alone) are some of the ways to prepare. FEMA has created a checklist for homeowners. Utility companies, being increasingly culpable for fires starting (such as the recent Woolsey fire), are now mandating blackouts to respond to times of increased fire danger.

Many residents are already familiar with the experience of being evacuated: the choice of what to bring and what to leave and, for some, the tragedy of losing everything. This trauma is now part of life in California, with many people experiencing PTSD. For those who have lost their homes in a recent fire, some have the socioeconomic privilege to rebuild, others are tragically having to leave the state. At this juncture, the most we can do is support the communities affected. Organizations are working tirelessly to bring supplies and donations to families who have lost their homes. Nonprofits like Animal Hope and Wellness Center and CCF Wildfire Relief Fund, have been working nonstop in disaster areas.

California faces some great obstacles with fire danger, presently and moving into the future. Communities uniting and supporting each other will continue to be vital. Continued, collective efforts to address climate change is also imperative. Preventing forest fires may seem impossible, but by promoting fire safety, curbing carbon emissions, and supporting each other during times of crisis we can make a difference.