Trending Now
You are at:Home»Current News»Environmental»Last of the Earth People

Many of the World’s remaining Indigenous Peoples are on the verge of Extinction. 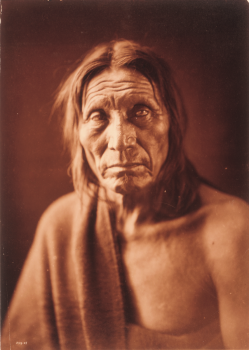 Indigenous people are the original inhabits of the the lands conquered by the colonial powers. They consider themselves distinct from the societies currently governing those territories. The indigenous peoples of the world are very diverse. They live in nearly all the countries on all the continents of the world and form a spectrum of humanity, ranging from traditional hunter-gatherers and subsistence farmers to legal scholars. In some countries, Indigenous Peoples form the majority of the population; others comprise small minorities. Indigenous Peoples are concerned with preserving land, protecting language and promoting culture.

Today, these people suffer extreme abuse from the industrial societies that have grown from there colonial parents. From the First Nations of Canada to the jungles of the Amazon, the ‘first world’ continues to claim, extract, and destroy what is not theirs. Initially undertaken through colonization, most forms of land theft now occur by companies looking to establish sugar cane, soya, and cattle grazing lands. These companies will offer tools, jobs, and the ability to create a new ‘better’ and more modern life. After the job is complete and the land destroyed, tribal workers often lose connection with the rest of their tribe and have no choice but to find other forms of work in urbanized areas. This detachment from their tribes often results in them turning to begging or committing suicide. 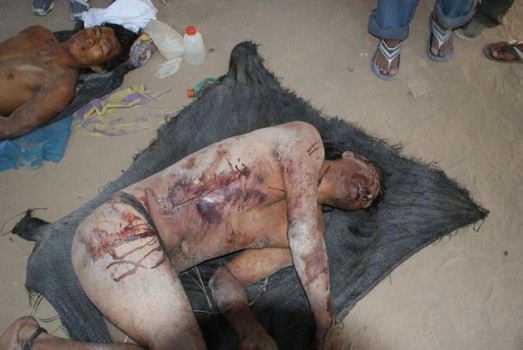 In various places around the globe, indigenous tribes are being violently attacked by governmental and religious institutions, industrial corporations, and guerrilla organizations. The aggressors attack for various reasons, including land ownership, resource extraction, and forced labor recruitment or slavery.  Due to the often remote location of these crimes, they go unreported, and even when they are reported to the masses via mainstream news media, there is no or very little action taken to protect the victims.

When these indigenous peoples fight back, they are branded as terrorist. This is common in the Brazilian Amazon, where logging companies will send in crews to destroy the very forests and ecosystem that these tribes depend on. When is comes to violence, the weaponry of the two combatants is skewed, bows and machetes are no match for a Kalishnikov rifle.

The ‘first world’ must come to understand that development and progress is a process in which destroys the indigenous way of life and replaces it with a western lifestyle. This often has disastrous results. Especially absurd is the practice of enforcing so-called ‘sustainable development’ upon the only people who are already sustainable, proven by their ancient and continuous occupation of their lands and way of life. 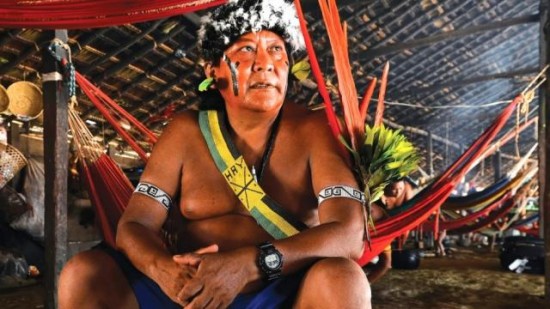 ‘You napëpë [whites]talk about what you call “development” and tell us to become the same as you. But we know that this brings only disease and death. The forest is our life and we need it to fish, grow food, hunt, sing and dance and have feasts. It gives life for all. Without forest, there is only sickness.’ – Davi Kopenawa of the Yanomami Tribe, Brazil

As described in the quotation above, development is just another term for westernizing. Forcing children into school buildings with a western curriculum interrupts the cultural transmission of their people’s collective learning. Knowledge traditionally learned from their elders and the lessons of the forest are lost forever.

‘We are not poor or primitive. We Yanomami are very rich. Rich in our culture, our language and our land. We don’t need money or possessions. What we need is respect: respect for our culture and respect for our land rights.’ – Davi Kopenawa

The Fight for Right 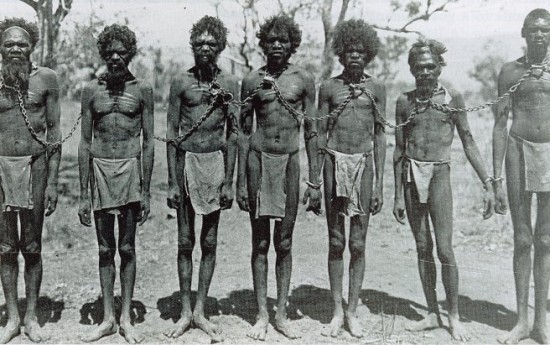 “Human rights are rights inherent to all human beings, whatever our nationality, place of residence, sex, national or ethnic origin, color, religion, language, or any other status. We are all equally entitled to our human rights without discrimination. These rights are all interrelated, interdependent and indivisible.” 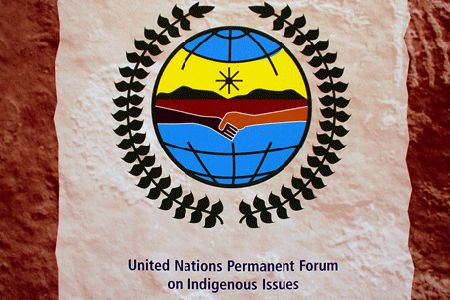 On the 13th of September 2007, the United Nation’s High Commissioner for Human Rights welcomed the adoption of the United Nations Declaration on the Rights of Indigenous Peoples by the General Assembly. The Declaration establishes a universal framework of minimum standards for the survival, dignity, well-being and rights of the world’s indigenous peoples. The Declaration addresses both individual and collective rights; cultural rights and identity; rights to education, health, employment, language, and others. It outlaws discrimination against indigenous peoples and promotes their full and effective participation in all matters that concern them. It also ensures their right to remain distinct and to pursue their own priorities in economic, social and cultural development. The Declaration explicitly encourages harmonious and cooperative relations between States and indigenous peoples.” 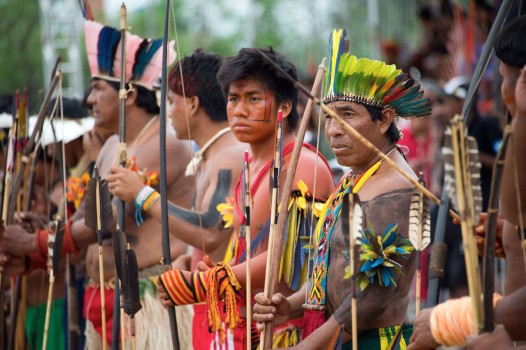 Men from different tribes gather for the Indigenous Games

As people who live so close to nature, the plight of indigenous people is part of the greater global environmental crisis. Half the world’s wildlife has been killed in the last 40 years. That which remains is mostly in the lands of the indigenous. Uncontacted tribes are continually being harassed because the industrialized world’s search for resources continually grows more desperate and therefore the search must go deeper and deeper into earth’s remote areas.

In order to ensure the protection of indigenous peoples and their lands around the world, the non-indigenous people must not only halt the encroachment, but also transform our own destructive way of life and it’s unsustainable use of earth’s natural creatures and resources. The indigenous people’s of the world will only know peace when the industrialized peoples transition into a truly sustainable civilization.