After a 20 year long career with the Los Angeles Lakers, NBA legend and ‘Hero-Villain’ Kobe Bryant has officially played his last game.  Kobe didn’t leave quietly, breaking yet another NBA record. —Kobe scored double the points a an NBA player has ever made in a finale game, and came out with his season high of 60 points in a shooting frenzy!

I could sense the high energy in the crowd at the Staples Center even watching from my couch at home. Kobe looked cool and calm. But as the television camera scanned a close up, I could see mamba mentality in his eyes. He was going to win that game. 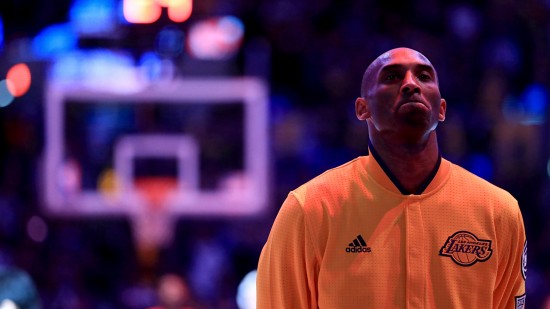 There is no denying that Kobe Bryant has had an amazing twenty year career in the NBA. With 5 NBA Championsip titles, 2 All-Leauge MVP,33,583 career regular-season points, 18 All-Star game apperances, 510 games scoring 30 or more, just to name a few. His last game just tied it all together. 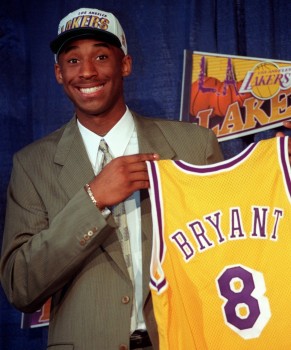 Kobe Bryant getting drafted to the La Lakers twenty years ago. Look at the smile.

I have played basketball more than half of my life, and watched Kobe’s career since his rookie season. I think most can agree it is a hard fact to swallow that he won’t be playing in the NBA anymore.

With aray of emotions demonstrated by fans everywhere, Kobe’s legacy will live far longer then twenty years. He’s shown loyalty, dedication, sweat, tears, and his true competitive spirit will never be forgotten. In an ABC interview, Kobe gives thanks to the Los Angeles Laker family, and says they will always be apart of him. As many know, basketball wasn’t just a sport to Kobe, but his true love. Before he announced his retirement, he wrote a poem sharing his feelings of gratitude 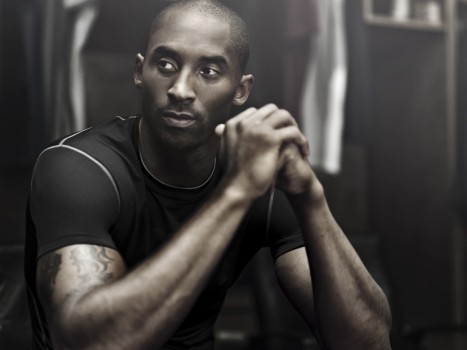 I knew one thing was real:

I fell in love with you.
A love so deep I gave you my all —
From my mind & body
To my spirit & soul.

As a six-year-old boy
Deeply in love with you
I never saw the end of the tunnel.
I only saw myself
Running out of one.
And so I ran.

I ran up and down every court
After every loose ball for you.
You asked for my hustle

I gave you my heart
Because it came with so much more.
I played through the sweat and hurt
Not because challenge called me

But because YOU called me.

I did everything for YOU
Because that’s what you do
When someone makes you feel as
Alive as you’ve made me feel.

You gave a six-year-old boy his Laker dream
And I’ll always love you for it.
But I can’t love you obsessively for much longer.
This season is all I have left to give.
My heart can take the pounding

My mind can handle the grind
But my body knows it’s time to say goodbye.
And that’s OK.

I’m ready to let you go.
I want you to know now
So we both can savor every moment we have left together.

The good and the bad.
We have given each other
All that we have.

And we both know, no matter what I do next

I’ll always be that kid
With the rolled up socks

Farewell Kobe, and truely thank you.