Tennis is more than just pretty girls running with skirts for hours, the social and financial stakes here are as important as in Football or Soccer. From May 24 to June 7, Paris hosted the tennis French Open, Roland Garros, which is one of the four “Grand Slam” tournament (the only one on clay), with the English one, in Wimbledon, the Australian one in Melbourne, and the U.S. Open, in New York City.

Roland Garros was the first Grand Slam tournament to join the “Open” era in 1968, and since then many tennis greats have graced the famous clay courts, including Björn Borg, Ivan Lendl, Mats Wilander, Gustavo Kuerten, Roger Federer and Rafael Nadal.

For fifteen days, the Parisian crowd enjoyed envents and tournaments for professional players, in singles, doubles, and mixed doubles play. Junior and weelchair players also took part in singles and doubles events. The best players, like Nadal, Federer or Novak Djokovic (number 1 on the ATP rankings), made the show but this year’s winner was a surprise, the Swiss, Stanislas Wawrinka. Numer 10 at the ATP he is now number 4 after his French victory. A disputed match where he dominated the tennis world’s number one Djokovic 4-6, 6-4, 6-3, 6-4. In case you have never seen this before, 4-6 means you loose the “set” 4 games to 6, while 6-4 means you have won it 6 games to 4. You need to dominate 3 sets to win a “Grand Slam” game, which means that it can last 5 sets. The longest game in Roland Garros history was 6 hours and 33 minutes long! 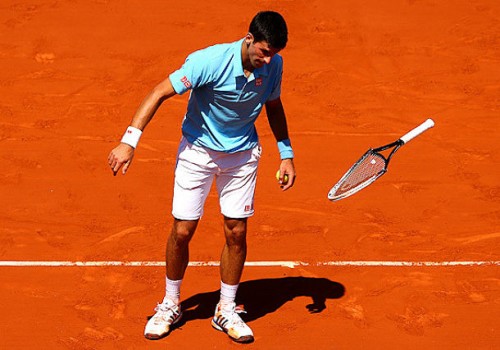 Novak Djokovic, loosing his temper in the Final.

So far in 2015, Djokovic won the Australian Open, and only lost two games out of 43, but Wawrinka kept him from realising his dream, and realised his instead. Roland Garros is the only Grand Slam title missing to Djokovic, it was his third final there, but once again he didn’t win. Leading at first, the two men were equivalent on power and technique but the psychological war turned to Wawrinka’s advantage. Djokovic’s frustration led him to break his racket on the ground.
Wawrinka only won 2 games out of 19, against world’s number 1 players. He knows how to choose them right! One was last year against Nadal, the Australian Open’s final, and the other one against Djoko at Roland Garros. Wawrinka never went further than “quarter final” in a Grand Slam tournament, before he turned 28 years old. Pretty late for a tennis player but these past two years saw his talent rise to the top!

“My dream was to play Roland Garros, not to win. Guys who do are mutants.”  Stan Wawrinka 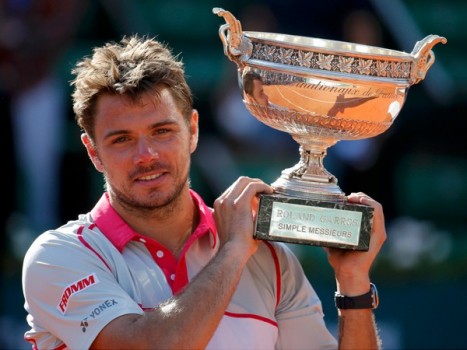 The Spanish Rafael Nadal, the crowd’s favorites, was bidding to claim a 10th French Open title. He is one of the only two players in the world who mannaged to win Grand Slams on three different surfaces, hard court, grass, and clay (the surface make a huge difference). Rafa won his very first French Open title back in 2005 at the age of 19 years old. It was his breakthrough year as he also won 24 consecutive singles matches, breaking the open era record for a teenager which was previously held by the American Andre Agassi. On his way to the semi final, Wawrinka also won against Roger Federer, tennis master who counts 83 tournament victories, and 17 Grand Slam titles, record that was held by the American legend Pete Sampras. 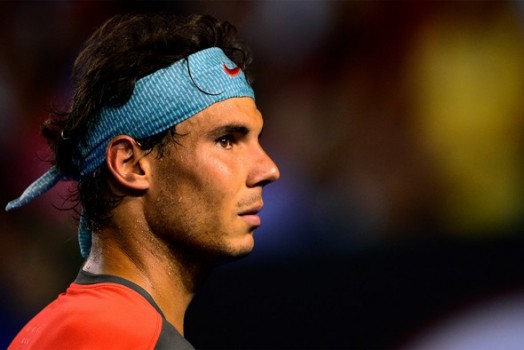 Roger Federer. A great champion who won more Grand Slam than anyone else.

In the women category, Serena Williams (number one) earned her 20th Grand Slam, against Lucie Safarova (number 13). Roland Garros’ crowd thought it would be over fast, Williams was leading 6-3, 4-1 when her opponent mentally pushed herself to upgrade her game.

“I’m proud that I fought back in the second set because it was looking like it was going to be an easy match,” reflected the Czech 13th seed after the game.

Safarova came back to life, and earned the second set 7-6.The American top seed contrieved to throw the game away by serving two doubles faults and injecting errors into her rallies where winners flowed before. Instead of 5-1, it was 4-2. The Czech held on to her service game to make it 4-3. At 5-5, Williams missed out a first chance to control her destiny. After 80 minutes of play, at 6-5, she served for her third Roland Garros title. She didn’t even obtain a match point. While she was frustrated and giving points to her rival, Safarova closed the second set 7-6, and even controled the begining of the third one 2-0.

“I was just there and thinking: ‘Okay, I’m going to go for it. Either she serves it out or I will go for every shot I can, 100%’” said Safarova. “I went for those shots and I managed to break her and then I played an amazing tiebreak after.”

“I was just so angry at myself. I was pretty much giving the match away. I think she played really well. But at the same time, I was giving it to her.” Serena Williams 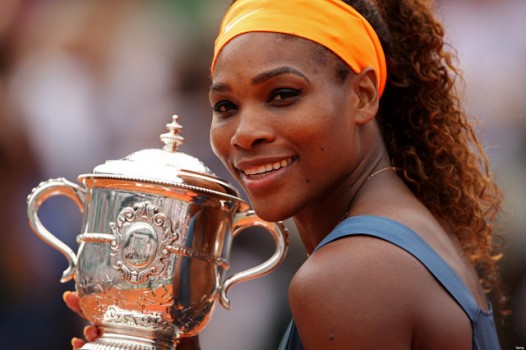 Serena Williams and her Roland Garros smile. She has a Sister, Venus Williams who is a tennis superstar too.

She also said that she had to pull it together, which she did just fine reeling off six consecutive games to elude the self-made purgatory. Sometimes even champions get nervous when it is time to win, but Serena finished the game, stone cold and powerfull, too strong for Safarova. The books will show a 6-3, 6-7, 6-2 triumph, a third Roland Garros triumph and a 20th Grand Slam title.

Roland Garros is one of the four major event in the Tennis world, and this year was full of surprises. Here is what you missed: