Trending Now
You are at:Home»Features»At The Grammys With My BFF Taylor Swift

Through the media you can see Taylor Swift is taking good care of her fans, and wants to stay connected with them as much as possible. At the Grammys on Sunday February 8 2015, Jill Ralke became the happiest girl in the world. Her wish came true when she finally came face-to-face with her biggest idol Taylor Swift. 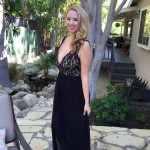 Jill ready for the Grammy’s

In between shows, singing, presenting the award for Best New Artist, and announcing Sam Smith’s performance at the Grammy Award 2015, Taylor Swift was also busy on her phone. Throughout the show Swift kept track of her fans’ online, using Twitter, Tumblr and Instagram.

Jill Ralke posted on Tumblr that she was going to attend the Grammys, and hoped that she would meet her Idol. In surprise, Taylor replied to one of Jill’s blogs on Tumblr about attending the Grammy and asked, 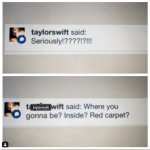 Jill Ralke replied to Taylor’s post and told Taylor her seat number. About 30 minutes later before the show was over, Taylor’s publicist came up to Jill where she was seated, and took her backstage to meet Taylor.

“Taylors publicist came and got me from my seat and brought me backstage to meet Taylor,” she captioned the Instagram photo above.

Jill Ralke had about 3 minutes with her Idol where they talked and took selfies. 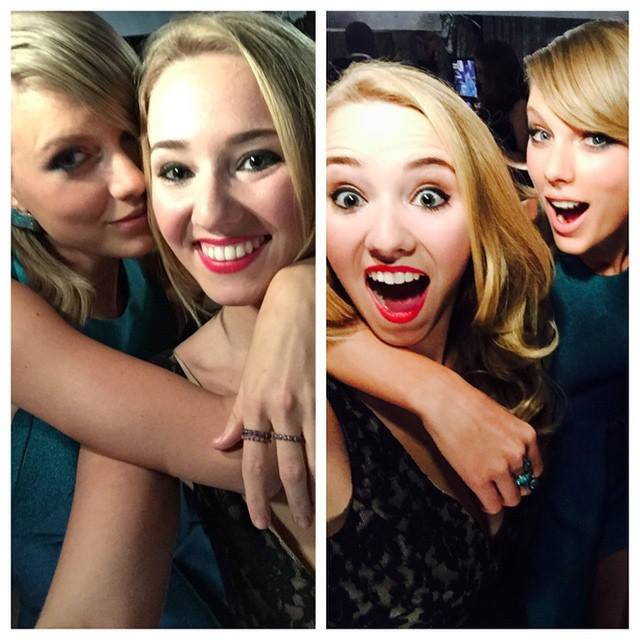 The night before the show Jill wrote a private letter to Taylor in case she did not meet her or would not be able to tell her everything she wanted too. The letter was given to Taylor’s publicist after the two met and Jill will never forget this day, where her dream of meeting Taylor became true.

Over the past months we have heard that Taylor Swift has established a positive reputation for reaching out to her fans and followers on social media sites such as Tumblr and Instagram. For instance, Taylor helped a fan pay off her student loans with a check worth $1,989. Taylor also defended a girl online who was attacked by an anonymous “cyberbully” on Tumblr this year. It is clear that Taylor is not only passionate about her music but also dedicated to her supporters. Most artist do not give their fans the attention and direct interaction Swift naturally does. She breaks down the wall of being a celebrity that cannot be touched; she loves being an everyday girl and genuinely loves her fans.