“I’ve been singing since before I could talk, and it’s just always been something I’ve loved to do and it comes so naturally to me,” describes  Shennie Smith, an artist and Antioch student.

Shennie Smith is from Norway, but has lived in Santa Barbara for seven years. She started singing before she could talk, and always dreamt of becoming an artist. “It’s just always been something I’ve loved to do and it comes so naturally to me,” Shennie explains. Right now she is in a band “Shennie and the Captain,” who mainly write original music and play covers. They are very active and have between 2 and 4 gigs a week. 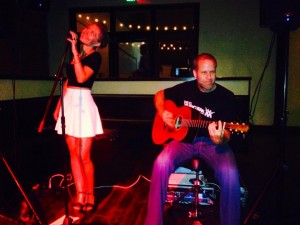 Shennie and the Captain performing at Killer Shrimp

Shennie “accidentally” ended up in Santa Barbara; the plan was to move to Los Angeles and Santa Barbara was supposed to be her transition place for a year the most. She then realized Santa Barbara was the place she loved, and it also allowed her to create her own niche. The town later led her to Antioch, where she is currently studying psychology. She has found a good balance between music and school by stepping down on the music related activities. She actually believes going back to school has made her more passionate and excited about music; “I’m glad I decided to take school seriously and spend my time on that as well as music.” Having music more as a side distraction than a full time job makes her stay focused. 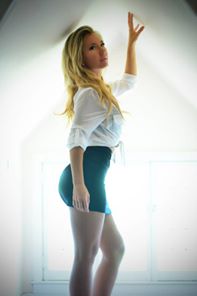 “You’re sharing an incredibly intimate part of yourself and you will without a doubt experience rejections in the form of people not liking your music, your performances, your image or whatever else you can think of.” 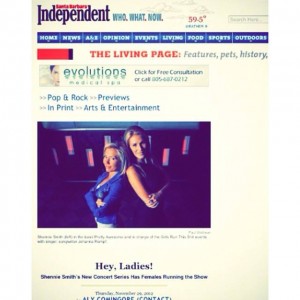 Shennie in SB Independent after “Girls run this shit.”

She sometimes gets tired and feels the best thing is to give up and do something easier. Whenever she feels that way she realizes she could never just quit; “the passion I have for music and performance is something I was born with and not something I’m really choosing… I just wouldn’t be happy if I quit.“ Music is the only thing she feels like putting 150 percent of her time, energy and efforts into. When playing music, she ultimately feels she is doing what she is supposed to do, and that she is at the right place.

Shennie´s greatest achievement was to move away from her home country on her own, and embark on a career in music. People surrounding her told her not to, and expressed it was an accomplishment impossible to achieve. She was determined to make it, and at this point she feels she has created a stable foundation she can be proud of. 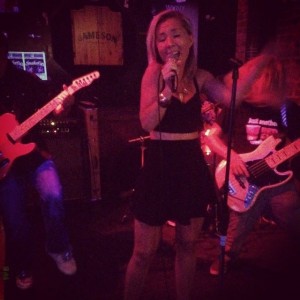 Shennie´s future definitely includes lots of music and she is determined to be a performer, singer and songwriter forever. “I just can’t see myself having anything else as a main priority and want to explore my opportunities and options within music and see where it leads me,” she describes. She is launching a new music video early in 2015 and is currently working on a new EP with original music. She is also excited to get her masters in psychology and eventually become a therapist, some time in the distant future.