Her Reluctant Return to Sweden had More Than a Silver Lining

Swedish alumna, Isa Östman Olai, graduated from AUSB in September 2016. She majored in Psychology and Environmental Studies, and her original plan was to stay and work in New York upon her graduation. Her goal was, as a matter of fact, to stay in the United States indefinitely. However, sometimes life tears apart your plan, and offers you a different path.

This is what happened to Isa, and to her, it meant a blessing in disguise. Her work visa got heavily delayed, and the jobs she could apply for didn’t match those of her dreams. After almost running out of money in expensive Santa Barbara, Isa realized she had no option but to return to her motherland, after almost four years in California. Now she claims that moving back to Stockholm, Sweden, was the best thing that could have happened to her. 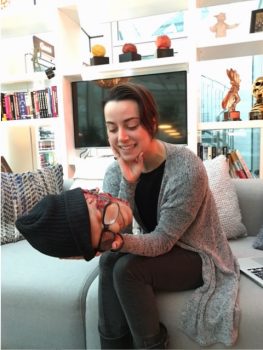 The liberal and spiritual Isa returned to Sweden the day Donald Trump was elected president, “a perfect time to come home,” she says. Isa started off her resettlement in Sweden with working for her father’s advertising company, and then started working for the famous Swedish adventurer, Ola Skinnarmo, helping him plan adventure trips. Even though none of these jobs matched what she wanted to do, Isa remained in high spirits. She had applied for her dream job, and was excitedly waiting for a response. The job was as an executive assistant and project manager for the Swedish animation company, Goodbye Kansas.

She got the job and started working approximately four weeks ago. The rapidly growing company is mostly famous for creating the special effects for “The Walking Dead,” and being one of the top animal fur animators in the world. Isa is loving her new job, and claims that Antioch University was a big contributor in making her ready for it.

“I think Antioch meant everything. It gave me the courage to apply for any job, and the school told me I could go anywhere in life. It’s really a school of getting to know yourself, your desires, and other people, and understanding them. I think that’s really important,” she says. 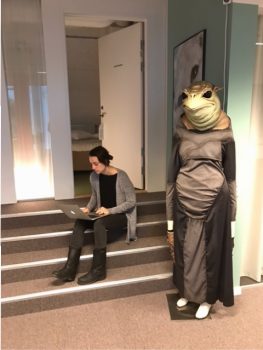 Isa (left) and a creature

She continues on the subject why Antioch is such a special place:

“It’s a little hub that creates a great environment for people to grow in. And it’s a safe environment. I’ve seen so many people at Antioch who hated to speak in front of people and never spoke in class, but they became the people who spoke the most in class and the ones best at presenting. And it’s because Antioch is a family. We loved each other and hung out with everyone,” Isa elaborates.

While missing her friends in Santa Barbara and some aspects of the California lifestyle, she’s very content with being back in Sweden. Since Stockholm is a far bigger city than Santa Barbara, the Swedish capitol became somewhat of a substitute for her original destination plan – New York. The biggest difference between Stockholm and California, except for the weather, is according to Isa that young people are more mature in Sweden..

“I think people grow up faster. I think it’s the cold. It’s just such a small country that you want to explore. So early on, you explore the world and everything that’s not Sweden, because it’s too small. When you do that, you simply grow up faster,” she states.

After visiting India in 2012, and falling in love with the country, Isa felt that she wanted to give something back to the country’s mistreated women. Thus, in 2015, while attending AUSB, she and two other Antioch-alumnae, Marta Waldrop Bergman and Linda Sturesson, started the Yogi Movement – a non-profit organization, arranging yoga classes around Santa Barbara, in order to raise money for girls in India. 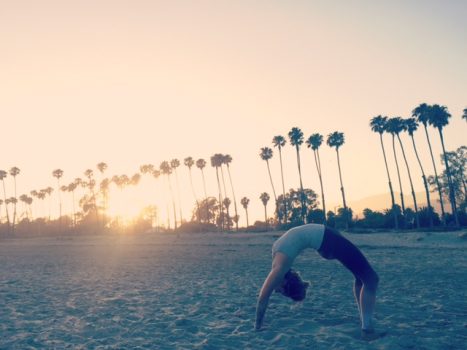 Right now, the non-profit has been put on hold, since the three founders live in different places. The long-term plan is, however, to start it up again in Sweden. Isa sees great opportunities in doing so, as the yoga trend hasn’t really caught up there yet.

Apart from starting up the Yogi Movement again, Isa’s plan for the future is to climb the ladder within Goodbye Kansas. For now, she wants to focus on her career, but sometime in the distant future, return to her beloved India.

To current Antioch-students she has the following advise:

“Don’t get devastated if your plan doesn’t come through. Embrace wherever life takes you. I was at first devastated at the thought of moving home, and now when I’m home, I’m like, this is the best thing that could’ve happened to me. I’m so happy. Just embrace what happens in life and don’t expect things to happen. If something takes a turn, go with it. It’s going to work out in the end. Just believe in that.”