Trending Now
You are at:Home»Lifestyle»Health»5 Things To Know About Adderall.

Amphetamine Salts, or most commonly referred to as Adderall, is used to treat Attention Deficit Hyperactive Disorder (ADHD), and Narcolepsy. According to WebMD, the drug “Is part of a total treatment plan, including psychological, social, and other treatments. It may help to increase the ability to pay attention, concentrate, stay focused, and stop fidgeting. 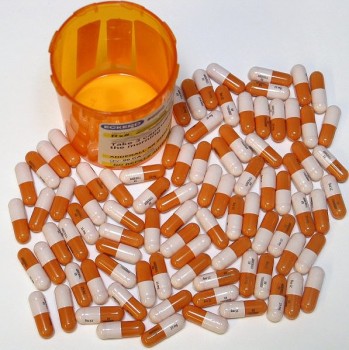 People use the drug both medically and non-medically for many different purposes.  Some teenagers and young-adults regard the drug as a “shortcut to success.” Between 2007 and 2012, adult prescriptions for Adderall have almost tripled. The drug first gained  popularity as a study-aid, but it has also become popular in nightlife, where students and young adults use the drug while binge drinking.The stimulating effects of Adderall can create the illusion of feeling less intoxicated, while the alcohol is still in their bloodstream. According to the 2012 study, the mixing of alcohol and Adderall can cause “serious cardiovascular adverse effects.”

2. Is Adderall a problem at Antioch?

Perhaps, but it’s a problem at nearly every college. According to a 2012 study published in Journal of American College Health, about two-thirds of college seniors have been offered the drug, and 31 percent have actually used it. The majority (74 percent) of non-medical users get the drug from a friend with a prescription. The study suggested that students have popularized the drug, but the doctors prescribing them must be held accountable:

“Clinicians should be aware of the likelihood of medication overuse among their college-age patients with ADHD…. Physicians should be cognizant of possible medication-seeking among young adults who self-report ADHD symptoms but do not meet standard criteria for the disorder.”

Not really, but it depends on the individual. According to the FDA’s Medication Guide, Adderall has a list of side effects that are both physical and psychological. The most serious physical risks are heart-related, including sudden-death, stroke and heart attack, and increased blood pressure and heart rate. It can also cause circulation problems in the limbs, resulting in cold hands and feet.

The side-effects for children are especially disturbing, which includes “new psychotic symptoms, or new manic symptoms.” It can also stunt a child’s growth, both in height and weight.

4. Is it actually addictive?

Yes, Adderall falls under the DEA’s schedule 2 substances, which means it has “high potential for abuse.” It is not suited for people with any history of substance abuse. For this reason, physicians are required to regularly drug-test anyone prescribed to amphetamine salts.

According to a recent study by the proceedings of National Academy of Sciences (PNAS):“The euphoric effects of d-amphetamine also influences the genetic predisposition to schizophrenia and attention deficit hyperactivity disorder (ADHD). This seems to suggest the that individuals who experience a strong dopamine response from stimulants, dopamine being the neurotransmitter that triggers the feeling of euphoria, are less likely possess the genes associated with ADHD and Schizophrenia.

What does this Dopamine theory suggest? If you do not have ADHD and use Adderall, you may experience a stronger dopamine rush. This might explain why so many people abuse or become addicted to Adderall. 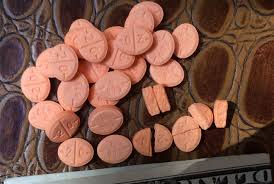 5. What are the long-term effects?

Bad, but it is difficult to determine how bad. The drug can cause serious heart problems, and create new or worsen psychological issues.There seems to be some mystery surrounding the long-term effects, but the story continues to unfold.

If you are still interested in using Adderall, it is vital to consult a physician before doing so. If you are still curious, this Business Insider article is a good read, and balances the pros and cons.