Trending Now
You are at:Home»Features»Opinion»Circumcision: The Nuts and Bolts

Circumcision is both fascinating and complex to me. I don’t have a penis—nor do I have a child with a penis, yet penises abound. For Jews and Muslims, male circumcision has a long history and an important role in identity. If we look at the practice of circumcision in the USA as a social phenomenon and seek to understand the logic of it in its own context—instead of simply judging on one’s assumptions, we can study the why and how, thus better understanding the beliefs and practices surrounding circumcision and the future of circumcision.

Have you ever been to a brit milah? Everything about a brit milah has meaning. It is on the 8th day to represent the supernatural. It is also supposed to give the baby enough time to be in good shape to undergo the procedure and an ideal time for rapid healing. I went to a brit milah recently and was moved. At a brit milah or bris, the parents share the baby’s Hebrew name aloud for the first time. As Susan Reslewic Keaton points out in this NY Times article that weighs the choice to circumcise their son as modern Jews—as parents we make choices all the time for our children that will impact their lives, it’s what we do.

Jews have been circumcising for more than 5,000 years. With less than 3% of the US population being Jewish, we account for a very small percentage of circumcisions. Back when surgical procedures were especially risky due to sanitation, the Jews were committed as it was—and is still—a sign of the covenant with Israel and an ethnic marker.

In Judaism the complete foreskin is removed, as in the story of Abraham who showed some chutzpah standing up to God, and thanks in part to his wife­––Sarah, a high priestess, women are considered born whole, we give birth and carry life inside of us and are born part of the tribe. When men who are already circumcised who have not had a brit milah who wish to convert to Judaism have a special blessing ceremony called a hatafat dam brit, where a drop of blood is taken from the penis. Of course, there are schools of Judaism now that skip the brit milah, or do a ceremonial bris without actually doing it, but for many Jews, it is still a very important practice.

This brings me to my next point, if you are a white girl who’s made fun of a goy or non-Jewish uncircumcised penis’ before, you are probably an accomplice of circumcision as cultural appropriation. It’s one of the strangest forms of cultural appropriation. Male circumcision in the USA picked up traction in the late 19th century, primarily as a practice with the justification of preventing masturbation, at first it was done on adults and older children in the secular and non-secular Christian communities. This began a cycle of fathers wanting their sons to have penises that look like theirs and a generation of misinformation about the reasons to do such a practice.   “Is Superman Circumcised?” won this year’s oddest book title award. The book studies the Jewish influences of the Jewish immigrant authors on Superman and postulates he was modeled after Moses. Did you know that Moses was born circumcised? 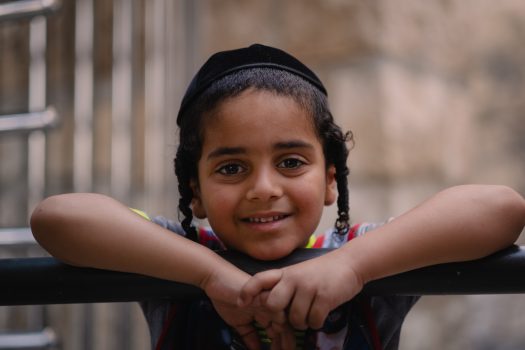 Before we hit the share button on a sensationalized article opposing circumcision, I propose we re-examine the framework from which we are trying to understand this. I don’t have any experience with Muslim circumcision, and it doesn’t have a consistent formula like Jewish circumcision—though it is often done close to puberty. Circumcision may not be a requirement for Muslims, it is still a very important practice for the identity of many. It is not my culture and I acknowledge that a person’s beliefs and practices are best understood based on understanding that person’s own culture. I don’t fully understand Islam, but support the Muslim community protecting the autonomous choice to their private beliefs. The norms and values of one culture should not be evaluated using the forms and values of another.

In Denmark, the government recently tried to ban circumcision. This would impact Jews and Muslims, who make up a small percentage of the Danish population. Denmark’s constitution has Evangelical Lutheran Church as the official religion. That the practice of circumcision is being judged based on Protestant assumptions is not a stretch.

The country itself has seen an uptick in antisemitism. Rasmus Lybech in his article in Forward says that Denmark’s proposed circumcision ban, “would make Jewish life untenable.” With overt antisemitism on the rise, it is not hard to connect the popular opposition to circumcision in the context of antisemitism. Germany banned circumcision in 2012 and deemed it a criminal act. After fervent advocacy, Germany updated the law to permit circumcision for religious reasons with certain stipulations.

Also worth considering is that circumcision offers a medical advantage in southern Africa, where HIV rates have the highest concentration in the world, according to the World Health Organization circumcision helps significantly lower the risk of men being infected with HIV, where unlike the US, in Africa heterosexual sex is the main mode of transmission.

If the need for comparison is there, perhaps a brit milah is closest to baptizing a baby. The brit milah I attended, the baby had a wine rag and barely cried. He was not in a hospital, he was not strapped down, without anesthetic and his parents said it healed remarkably fast and he barely seemed bothered by it in the days after. I’ve never seen a baby being baptized except for on TV, so I can’t really speak about it, but that water looks cold. What circumcision is not; Circumcision is not piercing your child’s ears or tattooing your baby (I unfriended the person who compared a brit milah to such a thing). It is not Female Genital Mutilation. There is no health benefit to FMG. There is no clear origin story, it is almost always performed without anesthesia, antibiotics, or sterile equipment and yet FMG is embedded in the culture of 29 nations worldwide. I suggest being knowledgeable, empathetic, and culturally sensitive to this potentially vulnerable population.

Many pockets of judgmental views on circumcision exist in the USA. For those, who have no heritage of circumcision and whose bodily practices are done without anesthesia, without intention or reason beyond the cosmetic, the millennia-old generational practice and rituals are placed outside of Jewish and Muslim cultural patterns. Anthropologists use the term “ethnocentrism” to describe the opinion that one’s own way of life is natural or correct. Another word for ethnocentrism is intolerance. As we become more globalized and connected, it is essential to have awareness of these practices and to be culturally sensitive in how we approach our conversations about circumcision.

Emma is originally from her mom and her dad. She has been developing her skills as a writer for almost a decade. She has written for Elephant Journal, Festival Squad, her own blog, and many paper journals, which she routinely burns. When she grows up, she wants to be a mensch. She lives in Sarasota, FL in a multi-generational home; with her parents, daughter, four guinea pigs, and one pomweenie. She is a big fan of composting. anaerobic fermentation and supporting local farms. She dabbles in pilates, boxing, and maintains the best show on TV is Real Housewives of Everything. In the summer of 2022, she will graduate from Antioch University with a bachelor's degree in Writing and Communication.