Six months after the explosion of the Falcon 9 rocket, Space X was able to successfully bring back the first stage of its rocket and launch a satellite into Orbit. A technological and economical revolution for its founder, the billionaire Elon Musk. 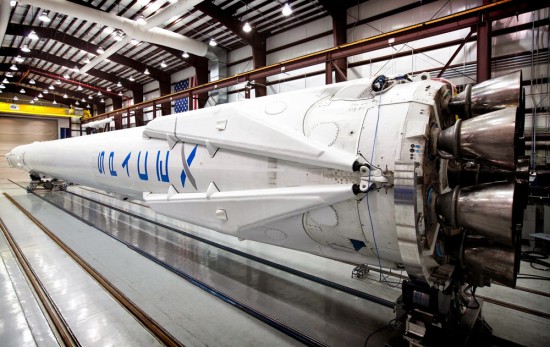 It is a fact ! SpaceX was able to launch a Falcon 9 rocket and then 11 minutes later to recover the first stage of its launch vehicle and land it on Earth vertically. Something as difficult as “throwing a pencil on top of the Empire State Building and to land it in a shoebox back on the ground” said a SpaceX spokesman. And no, this is not a whim of a billionaire.

A ‘revolution’ hailed by NASA

The survey was technological and economic challenge at a time. It was for Elon Musk to regain control after a failure: the explosion of the Falcon 9 rocket on 28 June 2015.

A first setback for SpaceX after eighteen successful launches, six of twelve planned to deliver cargo to the International Space Station (ISS) as part of a contract of $ 1.6 billion with NASA. SpaceX has not specified whether these supplies should resume soon, but his demonstration impressed NASA who pulled his hat on Twitter at Elon Musk.

The challenges of launching were high. This was the first launch of a SpaceX rocket since the explosion of the Falcon 9 launch vehicle on June 28 shortly after taking off from Cape Canaveral. The failure of a fastener that held a helium container in the second stage of the rocket is probably the cause of the accident, according to the survey. It was the first setback for SpaceX after eighteen successful launches, six of twelve planned to deliver cargo to the International Space Station (ISS) as part of a contract of $ 1.6 billion with NASA. The Falcon 9 launcher, which flew on a new version is 30% more powerful, which would also improve the control of the first stage on his return at high velocity into the atmosphere.

In November 2015, another well known billionaire, Jeff Bezos, Amazon’s founder, had managed to land its New Shepard suborbital rocket. A success, but less difficult to accomplish than what Elon Musk realized that the rocket went into orbit, according to experts. Jeff Bezos has also welcomed on Twitter the successful flight of SpaceX on a mocking tone “Congrats @SpaceX on landing Falcon’s suborbital booster stage. Welcome to the club!”.