Trending Now
You are at:Home»Features»Opinion»Help us Gary Johnson, you’re our only hope!

Can a dope smoking Libertarian save America? 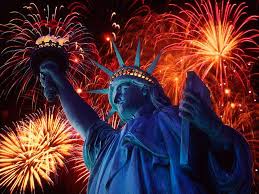 Are you sitting down? If not you might want to. According to the latest reports, Lady Liberty stands up to pee in the unisex water closet of the American psyche. On top of that,”The preacher man says its the end of times and the Mississippi River she’s a going dry!” In and of itself, this is nothing new. Nor are these latest revelations well received outside of most metropolitan areas today. 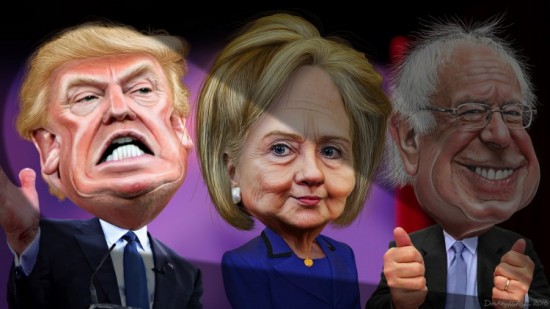 The state of North Carolina and a national cadre of diehard Trump supporters are digging in deep and putting out the not welcome sign. Where diversity ends and “’Murica” begins lies a deep gulf of disenchantment. The cinders of frustration have been smoldering since the disputed election of 2000, and the wildfires of Democracy are now visible from coast to coast.

In the meantime, Hillary and Bernie are still pounding at the splintered pulpit of the left. Suggesting as Americans, we should either gracefully accept our inevitable downfall or adopt a watered down version of European Socialism. Not the Stalin type of socialism, which never got good reviews, more like compounded paperwork for government funded healthcare. Of course, this would probably work out about as well as the V.A. (Veterans Administration), and that is… hmm… enough said there. Incidentally both options will cost about ELEVENTEEN KAKILLION DOLLARS, and the rest of the world will still be shaking its head in stupefied bemusement.

By any measure, we can do better than this. Surely there must be a way to carve out some semblance of unity. After all, we’re talking about a nation that was founded on the principals of individual liberty. Yet this is precisely where our major political parties fall short. They both preach up a storm about freedom, except neither side can stand the thought of living next to each other. 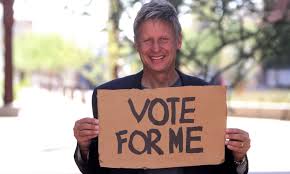 Former moderate Republican Governor of New Mexico, from 95-03, Gary Johnson is a big fan of personal liberty providing “nobody is harmed in the process”. This isn’t just campaign trail fodder. Johnson actually walks what he talks. He has gone so far as to openly admit that he uses marijuana on a regular basis.

Let me say that again. The Libertarian candidate for the President of the United States has no qualms about the recreational use of marijuana among consenting adults. Not a big selling point for the war on drugs or its few remaining fans. More importantly, this is how Johnson can theoretically reach a vast audience of Sanders and Trump supporters. Particularly if at the conventions, they are simultaneously thrown under the wheels of the D.N.C. and G.O.P. in short order. 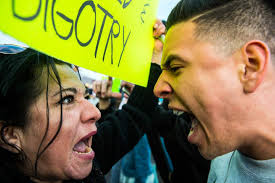 If you can’t hear us we’ll shout a little louder.

This is one of the few issues where a Trump backing, gun toting Independent from Northern Cal can agree with a Bernie rooting, feminist studies major from Berkley. This could be the olive branch that can extend across the great cultural divide.

“I would not feel so all alone.” -Bob Dylan

Gary is a smart guy. What he has done by crossing the taboo line of personal drug use says more than any of the top three candidates combined. It says “I’m just like you” and nobody else can truly say that. (Remember Bill Clinton garnered a good chunk of the youth vote in 92 by admitting he didn’t even inhale) Trump and Hillary are too rich and Bernie is just too Bernie.

Johnson can set up the peace talks with a nod to Gay Marriage and Gun Rights. He is fiscally conservative, while leaning toward a much smaller foreign policy footprint. He proposes to eliminate corporate taxes, personal income taxes and the IRS all together. Johnson is liberal towards immigration through legal means, while at the same time believes in a “one strike and you’re out” consequence of nationalized citizens breaking local or federal laws.

Johnson is pro-business, suggesting that “job killing tax policies should be scrapped in favor of a Fair Tax”. A throwback to the, now seemingly forgotten, values of the GOP. However, these are trying times that call for innovation and recycling of effective policies.

Back in 2012 Gary picked up a million votes, a meager 1% of all votes cast. Although, compared to the current political climate, 2012 was a cake walk. Right now Johnson is polling positively at 11%, albeit in a theoretical three way race for the White House. In a race that has been marked by division, a dark horse mudder could conceivably take the winners circle by a nose. Coming out of the gate at a hundred to one on a cold and rainy day in November.

With another four points, Johnson could be the first third party candidate to join the debates in the General Election. This is significant considering the latest tally of independent voters is running at about 42% of the electorate.

Keep in mind: traditionally most independents have sided with either the Democrats or Republicans in the presidential race. However, this time things could be different. In laymen’s terms, if Johnson can split this contest three ways, he could win the popular vote with little more than a third of eligible voters.

Naturally, all hell will break loose if Gary even comes close to pulling this off. Although even if he fails, the two major parties would be wise to study on Obi Wan’s final words: “You cannot win Darth, strike me down and I will become more powerful then you can possibly imagine!”

We have discovered a small breech in the establishment’s defenses, and it is called a third party.