Trending Now
You are at:Home»Features»Opinion»The Misunderstood Culture of Street Racing

Street racing is a popular auto culture in the United States. Drivers love to modify their own vehicles and have a competition at high speeds. When we are in bed at midnight, the racers will aggregate on the street and get ready for drag racing. Every attendee knows it is illegal and dangerous to race at night but they will participate in the events once or twice a week. Under the broader definition of street racing, including drag racing, there were 1,047 racing deaths from 2001 to 2008. Moreover, according to the National Highway Traffic Safety Administration, 153 people were killed in 122 crashes while racing between 2001 and 2010. However, there is not an exact number of street races and accidents on the road in the official police reports in each year. And some racers are using social media gather together which local police said is increasing street racing.

Last Saturday evening, there was a traffic accident on I-76 and one death in a crash was a result of street racing. The Colorado Department of Transportation spent millions to prevent street racing by installing medians and street lights at intersections. However, there still are street racing fatal accidents frequently.

Teenagers love speeding on the road. In 2015, the highest percentage of teenagers were killed by street racing. On April 29,2015, a 19-year-old man Mark Anthony Jimenez, who raced with his elder brother, was killed and three bystanders were injured. Jimenez’s friends did not believe his death but his hobby, street racing, took his life and  endangered others on the road. Lucky, the bystanders did not die in the crash. However, in March this year, there were three friends and relatives who were killed in the chain-reaction crash caused by two racers on the 5 freeway.Those street racers ignored others and they did not concern themselves with how their illegal hobby can murder other drivers, thinking that accidents are not a serious issue. Every moment, there are some street racers gambling with their lives for high speed.

However, some people misunderstand street racing and modifying vehicles. They will assume a vehicle that has a loud exhaust, rear exterior or racing wheels is used for street races and the driver is dangerous. But this is exactly wrong. People modifying their own vehicles is like ladies dressing up with cosmetics, or men wearing a formal suite to attract attention.

Some people want to build up their own unique style vehicle but they are afraid of the law. Some of my friends ask me about modifying vehicles to make a deep and loud exhaust sound. I told them you can buy the exhaust from the official website because they sell it legally in California. If you want to have many racing stickers on your car body, yes, you can do it but the stickers cannot completely cover the original color. The American Auto Laws for modifying vehicles are not strictly enforced. If the cops do not ticket your car on the road, it is fine and you have freedom to make your car different. But why do people modify cars? 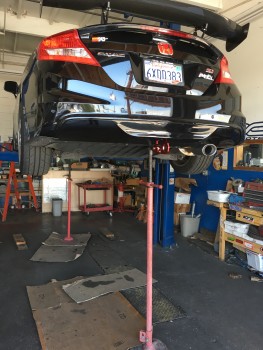 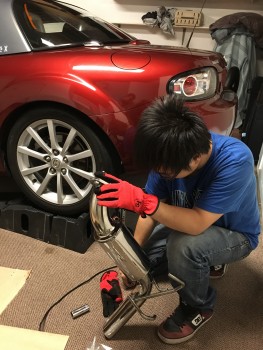 Modifying a new exhaust at home without any mechanical knowledge

There are two reasons why people modify, one is  because they are creative with visual arts. They like decorating to attract people’s eyes. And they can attend some car shows to compeate  with others. Last Saturday, in Little Tokyo, there was a Nisei car show for people to vote for their favorites vehicles. And I went there to view the American modifying culture. I think their decorations are bizarre to most normal people’s minds but it will create more colors and visual interest when you are stuck in traffic on the Los Angeles freeway every day.  The second reason people modify their vehicles is only for performance on track day. So I had an interview with a track racer who modifies his vehicles. 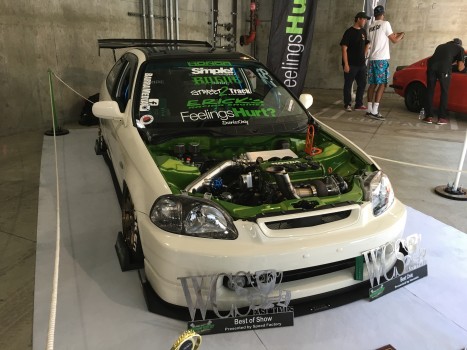 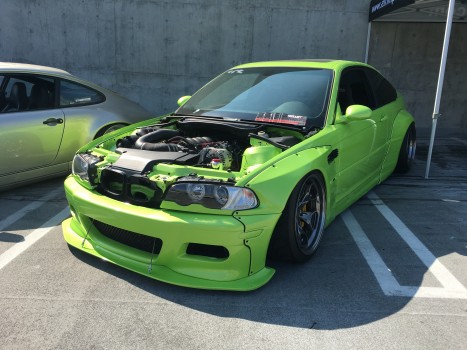 A modified Green BMW parked in the car show. Is it legal to drive on the road?

I interviewed a track racer, who wanted to remain anonymous at a car meet, and he said “car modification is his favorite hobby and nothing can replace it in his life.” He also said that he will spend five hours driving with his sport car a week. “I love going to mountain roads to practice his driving skills every night and test the modification.” Sometimes, he will attend the track day for racing after he installs some new performance parts on the vehicle. I asked him a question, “Have you raced on the freeway?” His answer was No! He never participates in any illegal racing on the road because he said that there are too many dangerous situations happening on the road. He prefers having a track day more than street racing. “Track racing is more interesting and exciting because you do not care about cops.” And he said that another driver will blame him for modifying his car because of the noise and aggressive look. The anonymous source retorted to other drivers that he just modifies his car for track racing, not street racing and he even dislikes street racing. “Modifying vehicles does not necessarily mean street racing. There is a big misunderstanding of street racers and track racers.” 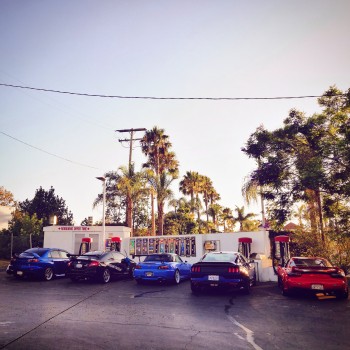 I recommend people speed at race tracks because every driver is more safe and satisfied. Track racing is a sport. It is different from normal car racing because we can break our own records of lap time in one day. We will not compete with other drivers at race parks. Otherwise, there would be many accidents that would damage your favorite vehicles. Speeding at the race park, not on the highway can prevent car accidents and injuring other drivers on the road. Also normal drivers should correct their misunderstanding about modifying cars because modification is a kind of hobby to improve the vehicle performance or  decorate. People should not assume that modified cars are for dangerous street racing or discriminate.