Trending Now
You are at:Home»Features»SB Local»5 Ways the IV Party Scene Has Died Down

The Calming Down of the IV Party Scene

In 2009, UCSB ranked high on the Top 5 party schools in America, now in 2016 UCSB isn’t even ranked on the most recent Top 10. For one reason or another the Isla Vista party scene has seemed to decrease over the years. The Santa Barbara Independent made an article asking the question “Is Isla Vista Growing Up?”

Whatever the reason for Isla Vista “calming down” we have found 5 main reasons why the infamous Isla Vista Party Scene could be quieting down. 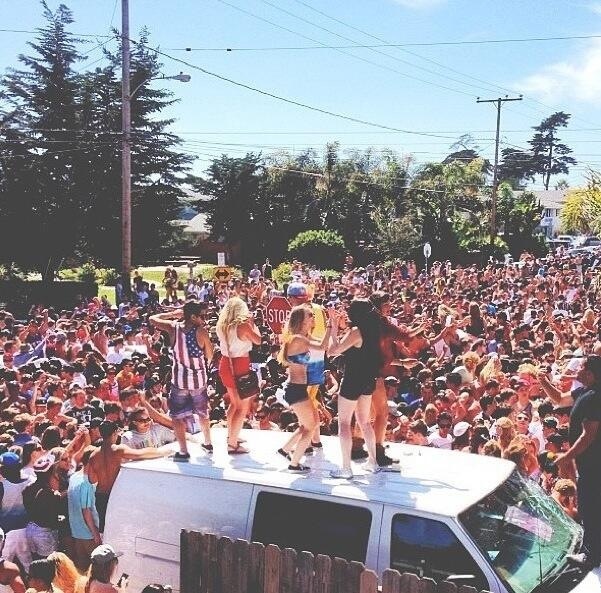 As the crime statistics are decreasing, the local Isla Vista residents hope the trend continues.

1. Amplified music curfew in IV is at 10pm instead of the original 12 am

In the past years amplified music was allowed until 12:00AM, in more recent years this curfew has been updated to a 10:00PM sound ordinance. The Isla Vista Foot Patrol has seen a correlation between blaring music and the excess of alcohol consumption.

2. Tolls for out of towners

For 2015, police set up toll stations to insure that the people going into Isla Vista were residents. This was to decrease the population of Isla Vista travelers.

3. Radio broadcasts discouraging travel to IV throughout the West Coast

During the times of events like Halloween and Deltopia, radio stations throughout the West Coast will give a steep warning to people planning on traveling to Isla Vista. This has cut down visitors tremendously.

Foot Patrol and SBPD are not the only police force in Isla Vista during Halloween and Deltopia events. Santa Barbara brings officers, K-9 units, in riot gear, and horseback from Santa Maria, Los Angeles, and sometimes Orange County.

Foot Patrol arrests and citations on weekend nights in Isla Vista have dropped 35% during Fall Orientation in 2015, compared to the same period in 2014. Arrests for being drunk in public and resisting arrest have dropped by about half, and citations for loud music were also sharply down compared to last year.

5. Shut Down of Fraternities

Historically, fraternities have been a leader in traditional college party scenes. Recently, UCSB has shutdown 4 fraternities and suspended another for two years for accounts of hazing, rape, and stabbings in their Isla Vista Chapter Houses. 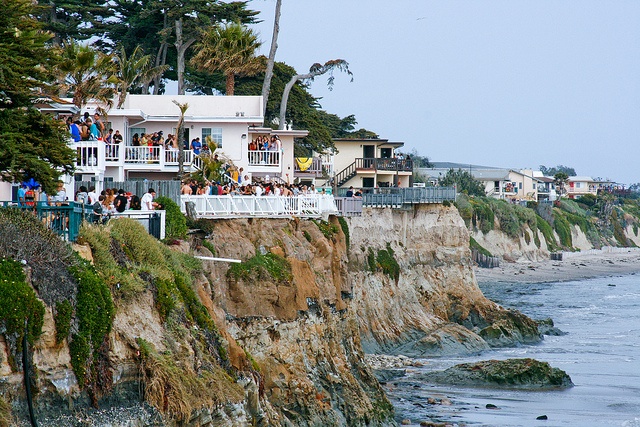 Underage drinking and drunkenness in public charges make up the largest number of arrests and citations in Isla Vista.