Trending Now
You are at:Home»Features»Business»A Shift from Car to Park: Reimagining State Street

Forks tapped on plates, glasses clinked, candles flickered and servers snaked through the din of conversation. It felt like a normal weekend night out at dinner, although on this night the restaurant buildings themselves had retreated. The tables and chairs were outside, under the evening sky, and the dining rooms were now defined by gates and barrels. Couples were strolling down the center of an avenue not meant for them, with not a car in sight. One of the unifying topics for Santa Barbara natives is an opinion on the question “What do we do about State Street?” It seems everyone has their own answer, but is there AN answer? 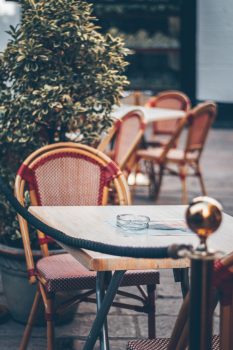 Due to the onset of coronavirus, societies the world over have been forced to reevaluate the very basics of human interaction. In the process of that reevaluation, many are arguing that there is also opportunity, to remake our urban spaces to be safer, more equitable, more sustainable, and ultimately more livable for the people who inhabit them. Much of this shift will involve reclaiming space from cars, although investments in public spaces such as parks, walkways and bike lanes are also essential. Santa Barbara is especially primed for such changes; perennially one of the more bike-friendly cities in the U.S., with a centralized commerce district and a stated commitment to achieving carbon neutrality. The city stands to join others, particularly in Europe, who are reimagining their urban spaces in innovative and vital new ways.

Part of Americans’ infatuation with Europe, European cities and lifestyle is the ease of access, their walkability, their emphasis on people rather than sprawl. Many European cities have in recent years leaned into that emphasis, rethinking their often ancient urban development from the ground up. Barcelona is perhaps the most dramatic example with its superblock project, a systematic effort to reclaim public space for residents and pedestrians one city block at a time through urban planning. Paris has for a number of years been undergoing a transition away from being a car-centric city, with Milan in the wake of Italy’s coronavirus lockdown also planning a significant investment in bike and pedestrian avenues as a means to combat rising air pollution and a parking crunch.

In America, and especially California, long dominated by the car we have further to go but smaller cities like Santa Barbara are perhaps better poised to make similar changes than the massive metropolises like Los Angeles. Diminishing car traffic diminishes overall deaths (with California experiencing half as many car-related deaths and injuries during our period of lockdown) and, crucially, helps cities achieve a reduction in emissions like that pledged by Section 2.1.2 of Santa Barbara’s Climate Action Plan, passed in 2012 with goalposts set for this year as well as 2035.

In the specific case of State Street, many of the resources for controlling traffic, both pedestrian and vehicular, are already there: Chapala and Anacapa Streets paralleling State are already able to handle the overflow traffic, while the Santa Barbara train station would doubtless see more arrivals as the city emphasizes its walkability. Santa Barbara public transportation, meanwhile, would likewise see a boost which would further decrease emissions as its buses run on LNG (liquid natural gas) and the Waterfront Electric Shuttle is self-explanatorily clean. These boosts to alternative means of transportation seems obvious when you omit the need for the car, and downtown businesses would likely be similarly affected. 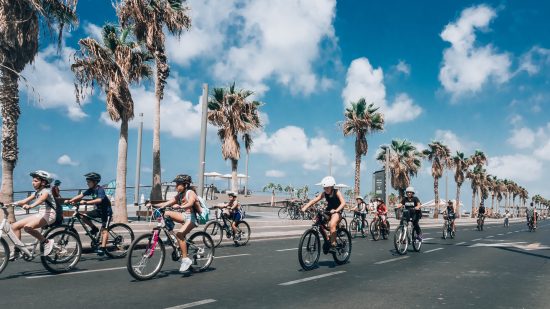 The common response to our initial question, “What do we do with State Street?” frequently laments the state of the businesses that line its perimeter. These businesses frequently fail, the victims of insufficient exposure and high rents that leave little room for error or fluctuations due — at least in recent times — to things like natural disasters. The transformation of downtown into a multi-use public space could help alleviate those stresses on a business, by providing consistent and vital foot traffic not only of tourists but locals as well, drawn to the new amenities.

A survey for potential redevelopment by the American Institute of Architects Santa Barbara floats such proposals as playgrounds and stalls for smaller vendors throughout the space. As part of a greater consideration for downtown development, which includes expansion of housing near and along State Street itself, the AIA Charette (or stakeholder’s meeting) for 2020, which is currently scheduled to begin August 10th, will undoubtedly sketch out a very different vision for the downtown area than what existed before the COVID measures.

It will largely be up to us, Santa Barbara’s residents, to determine what we want that new vision to be. The city has become increasingly pedestrian friendly over time, and residents have talked about making major changes to State Street for decades. Public spaces in general show a reflection of our sense of community, our shared goals and values. One of the architects for Barcelona’s innovative superblock project asked “Who does the city belong to?” and that indeed seems to be a question with an answer: us, together. 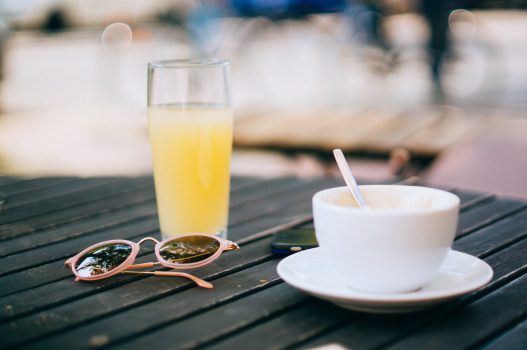