Trending Now
You are at:Home»Features»SB Local»Andrew Shoener: Photographer and Cinematographer

Andrew Schoener is a 28 years old self taught photographer/cinematographer whose work focuses on surfing, fashion, and portraiture. Originally from Placerville California  he moved  to Santa Barbara 10 years ago to become a certified commercial diver. After completing his diving program he moved to Louisiana to work for chevron as a commercial diver, but soon decided it wasn’t for him.  He recently moved back to Santa Barbara to pursue career in Photography and Cinematography. He is currently traveling with several professional surfers compiling footage for a film he will be putting together this year.

What do you shoot with and what do you like shooting the most?

I shoot with a RED Scarlet for my video projects and for photo I use a Canon 5D Mark III and for film work I use a Pentax 67, I try to use a wide variety of equipment all the time to keep learning and expanding my diversity of photos/videos. I like shooting surfing the most, its incredible to work with the best surfers on the planet all over the world and see some of the top athletes doing what they do best. That being said I also love shooting editorials and fashion and have been branching out in both directions have enjoying shooting both. 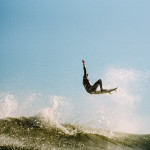 Dane Reynolds in Ventura,CA on a clear winter morning shot on the Nikonos 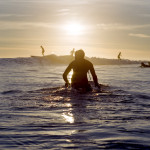 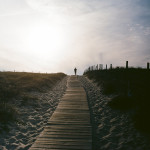 Evan Geiselman surf check in France, shot on the Pentax 67 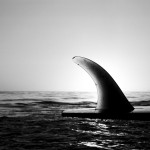 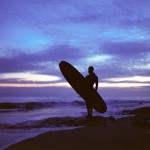 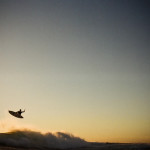 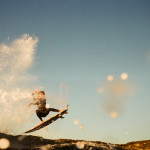 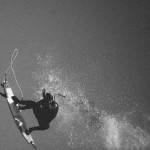 Dane Reynolds, rincon, shot on the nikonos film cameras this past winter. 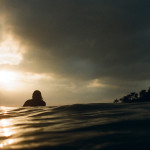 Unknown surfer at Rincon during a winter swell, shot on Nikonos film camera, one of my favorite photos. 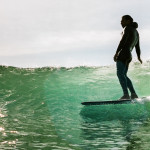 A. Garcia at Rincon shot on the Nikonos

What have you been working on recently?

I have been working on my own high performance surf movie for a magazine based out of Australia and will have a movie premiere and show that will coincide with the movie sometime this summer. I have recently returned from a month in Australia, Hawaii, and Mexico. I will be heading back to Mexico this month along with some shoots in Oregon and Sri Lanka.