Trending Now
You are at:Home»Features»SB Local»Arrested – An International Student’s Experience in a U.S Jail

My Experience in Jail – Part I

When I first moved to Santa Barbara from France in 2010, I came with the hope to complete my studies and live an amazing college experience. Like a lot of students in their early twenties, I wanted to have fun and enjoy everything to the fullest. At that time, I had no idea how series of events below were going to change my life – in a way that I could have never imagined. Here is my story:

In 2011, a couple of months after I turned 21, some friends and I decided to drive up to Mammoth Lakes and enjoy some snowboarding for the weekend. We rented a small cabin that was located about five miles from the slopes. We left Santa Barbara on a Friday afternoon and arrived in Mammoth really late that night. We went straight to bed in order to be full of energy for the first of three days on the slopes. When we woke up, everything went according to plan. We got ready, bought our passes, drove to the slopes and had one of the greatest snowboarding experiences of our lives.

A couple of hours later, we were on our way to a bar. We got there around 10:00 pm, met with some new friends we had met snowboarding and had an awesome night. Three hours and 6 hard drinks later, we decided it was time to go and so we left. We were outside of the bar looking for a cab but there was absolutely no one out there. The only thing we could see was our car along with a couple of others but that was it. It was snowing and extremely windy. We decided our best option was to run to the car and wait inside for a cab. After 30 minutes, we still hadn’t seen any taxis around. We tried calling some as well but no one picked up. Our heater wasn’t working and so we were freezing to death, even while being inside the car. We began to worry because we knew that all of us were way too drunk to drive the car back to the cabin. After another 30 minutes of waiting in the car, we knew we couldn’t wait anymore. It was a matter of life and death – and so we decided to drive back. 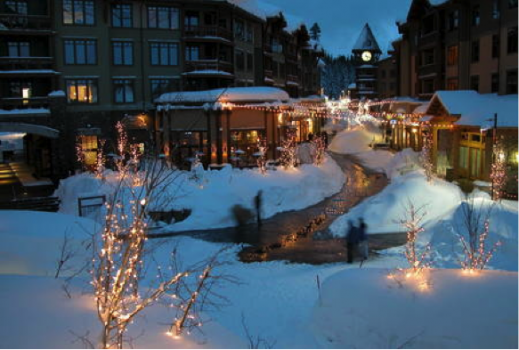 Downtown Mammoth – Outside the bar where my car was parked

After I got arrested for DUI, the officer asked to put my hands behind my back, handcuffed me and put me in the back of his car. We drove to the nearest police station where I waited an hour handcuffed to a bench without anyone talking to me. At that point, I was still a little drunk but I thought it was only a matter of time before they let me go and gave me a citation to appear in court. I probably thought that because that’s the way things are done in France and other parts of Europe. It turned out I was really far from the truth because what happened next wasn’t part of anything I could have possibly imagined. An officer came to tell me that they were going to take me to a jail two hours north in Bridgeport, CA so I’d spend the night in a drunk tank.

During the transport that was in a small van, I had way more than the standard issued cuffs on. I had cuffs on my hands and ankles–both of these cuffs were connected by a chain that went around my upper body. The chain was then attached to the roof of the van, as well as the floor. I had only seen this level of restraint in movies and shows where they were transporting high-risk prisoners. At that point I was just in shock. I couldn’t talk or think anymore, this was just too much. I was being treated like someone who had been convicted of a mass shooting or worse. The two hours in this van were definitely the worst part of my night. When we got to the jail around 4:00 or 5:00pm, the officers took off the chains and handcuffs and placed me in a drunk tank in which I stayed until 4:00pm the next day. I remember spending those twelve hours laying down on a wooden bench, going over events play by play.

During the 12hours I was in there, I didn’t get a phone call although I asked multiples times. When they finally released me, I asked for a phone call again to call my friends and give them my location as I had no money and no battery. His answer was to give me my citation to appear in court and tell me “To have a good day now”. When I got out of the jail, I was completely lost and exhausted and I had no idea where I was. All I could see around me was the desert. I had to go house to house and ask people if they could let me use their Internet. I needed to let my friends know that I was in Bridgeport CA, two hours north of mammoth. My friends had no idea where I was because no one at the mammoth police station would tell them. What’s the reason for that? I’m not really sure and I guess we will never really know for sure, although I suspect the Mammoth officers might have enjoyed giving me a hard time because I am from a foreign country. 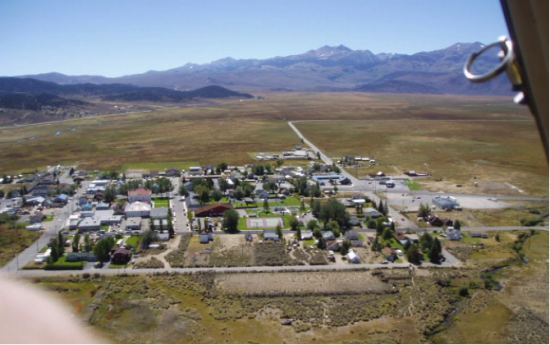 Bridgeport – Where I spent my 12 hours in a drunk tank.

A month after we got back to Santa Barbara, I had to appear in court in Mammoth Lakes to be judged for my DUI case. I drove up there by myself and met the lawyer that had been appointed to me by the court. I have to say that I was more than shocked when the prosecutor demanded I spend 48 hours in a “medium security prison” and he said nothing to defend me and accepted the first offer. When I asked him why he didn’t speak up, he responded: “there was nothing I could have done and this is the best deal you are going to get.” At that point I was numb and had no idea what was in store for me.

In three months, I was to go back to Bridgeport and stay for two full days to experience what would be the worst of experience of my life.