Trending Now
You are at:Home»Features»Canine Rehabilitation 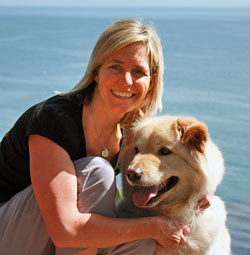 Karen Atlas is a loving and caring physical therapist. She graduated from UCSB with a Bachelors of Science in Bio Psychology and a Master’s in Physical Therapy from UCSF. On top of  that she still went on to become a Certified Canine Rehabilitation Therapist (CCRT). She is currently working as the Director of Rehabilitation for Hydro Paws (the only animal rehabilitation in the city of Santa Barbara). She is also the CEO and founder of atlasrehabforcanines.com. I recently sat down with Mrs. Atlas and she was more then willing to share her story and work. 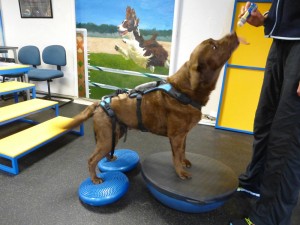 Karen Atlas was raised in Santa Barbara, after finishing up her Master’s in San Francisco she returned to her hometown and began working as a human physical therapist. After getting married she moved to Pasadena for a few years and continued her career. However it was not until she adopted her dog Teddy, who walked with a limp that she put the two and two together. “Ever since I was a young girl I always had an affinity for and connection with animals,” said Mrs. Atlas, and added, “ Teddy was my inspiration to change careers”. After taking her dog to various veterinarians and hearing that the only solution was pain medication and rest, she as a human physical therapist knew that there was another way to help him. She only needed to understand the anatomy of a dog. After doing some research she realized that there was a way to help, so she went on to get certified as a canine rehabilitation therapist. After helping her dog, she realized that she loved working with animals and it turned into her newfound profession and passion.

In 2007 Mrs. Atlas along with her husband moved back to Santa Barbara before having their first of two children. Now that she had found her new career, Santa Barbara did not have a place where she could put her new knowledge to work. Therefore she began working in Ventura for Veterinary Medical and Surgical Group (VMSG). However the commuting back and forth for a new mom was a hustle. She then left her job and worked as a physical therapist for humans while concurrently pursuing her passion as a canine rehab therapist in  Santa Barbara. 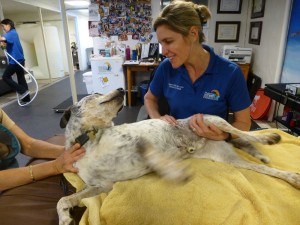 In 2009 she approached Dr. Dave Dawson, the owner of San Roque Pet Hospital and Montecito Pet Hospital, and asked to join his up and coming rehabilitation therapy team for animals. It was the perfect pair, he was a veterinarian with a hospital and she had the unique set of skills. At the beginning it was very slow with just a few clients, but it started progressing with time. When I asked mrs. Atlas  what satisfaction she got from her job she said with a big smile on her face, “it is the best job ever, helping animals is the best satisfaction”. For mrs. Atlas her job is a passion of hers and it does help that she is so great at it. The most unique thing about Hydro Paws is having such a knowledgeable member. Having her human physical therapy background, she is able to apply a lot of manual techniques that not many canine rehab therapist know about. There are many other treatments that they offer: therapeutic ultrasound, cold laser therapy, electrical stimulation, and their very popular underwater treadmill. Today six years later she is giving teachings on her techniques, and Hydro Paws has a waiting list and a need for a bigger facility. 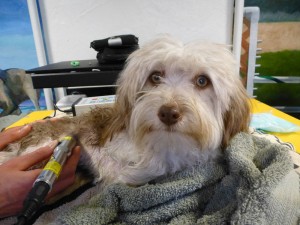 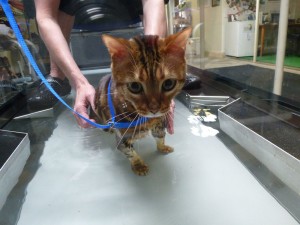 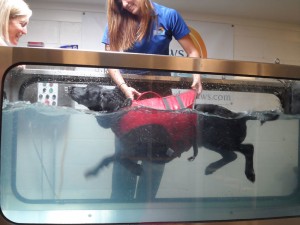