Did you know that Santa Barbara looks like a book from 1955, an imaginary town and one of the best memories from my childhood?

I am born and raised in Larvik, Norway and 4 weeks ago I got to see Santa Barbara for the first time. I came here to get an education, but also to experience the beauty of this city with its Spanish architecture, palm trees, and sunshine. What I didn’t know before I was strolling down State Street was that this city looks exactly like Cardamom Town, a fictional little town built in Norway.

The setting of Cardamom town was made into a theme park in Kristiansand Zoo, Norway in 1991. It was built to look exactly like it appears in the illustrations of the book. During the summer actors would walk around the area of the park and pretend to represent the residents of the fictional town.

The town has for years been portrayed as an idyllic, fantasy town for children. Look at the pictures, as you can see, Santa Barbara looks just like it. Everything fits in, even the red trolley down by the pier looks exactly like the streetcar from the book and theme park. 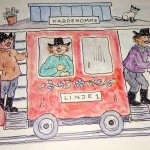 The bus from the book 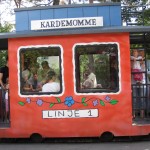 The bus in the fictionally town 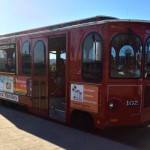 The shuttle bus in Santa Barbara 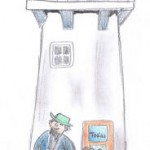 The “Tobias-tower” from the book. 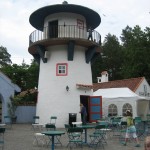 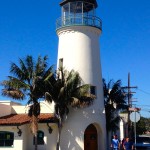 The sky tower in Santa Barbara 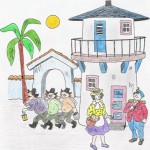 The gate in the book 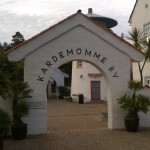 One of the gates in Cardamom Town 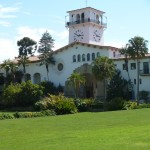 The country courthouse in Santa Barbara 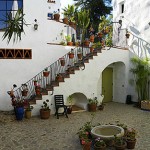 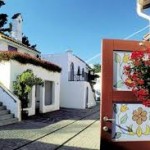 In the streets of Cardamom Town

It is amazing how I can feel like a child again just by walking along the streets of Santa Barbara. Even if I am one big ocean and many miles away from Norway, I still feel like home here in this Californian “Cardamom Town.”

Karoline, born and raised in Larvik, Norway, just arrived to Santa Barbara and Antioch University to earn a BA in business and entrepreneurship. Her decision of coming here is due to her recent backpacking trip around Asia and Oceania, she decided she wanted to discover even more of the world. When she is not walking around with her backpack, she loves to stay active, hang out with friends, read and hike. Karoline is very positive, responsible, and reliable. She never gives up on her dreams and her next step is to do volunteer work in South America.