Local Band Feral Vida is Quickly Getting Noticed in the Santa Barbara Area. Growing From High Energy Shows Through Strong Passion and Love for the Music, They Always Leave the Audience Cheering for More. 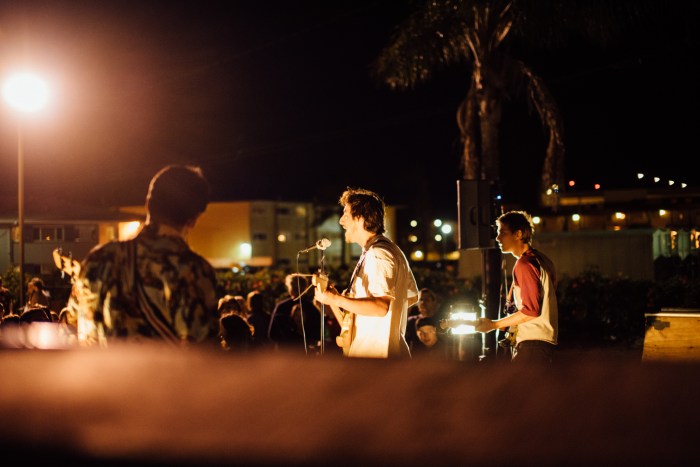 Feral Vida playing one of many shows in Isla Vista

Feral Vida played their first show on October 31st, 2015. It was Halloween Night in Isla Vista on the edge of a cliff on Del Playa. The entire band dressed up, played a few songs (the first of which they ever wrote) and unleashed what soon would lead to a very bright future for them all. The location of the show was at the “Whale House”, a bright, turquoise residence complete with a giant whale painted across the front. This was where the lead singer of Feral Vida, Max Schultz, lived during their senior year of college at UCSB, which was a major turning point for the band. By the end of that same year, the crowds off the back patio of the Whale House grew larger, as well as the amount of music they produced. This was only the beginning.

Feral Vida means wild life; the term refers to something that was once domesticated and has since escaped… becoming wild once again. This is a perfect definition of this band because each member comes from contrasting musical backgrounds, which resulted in  releasing their natural talent into the world, simultaneously putting fire into their sound. 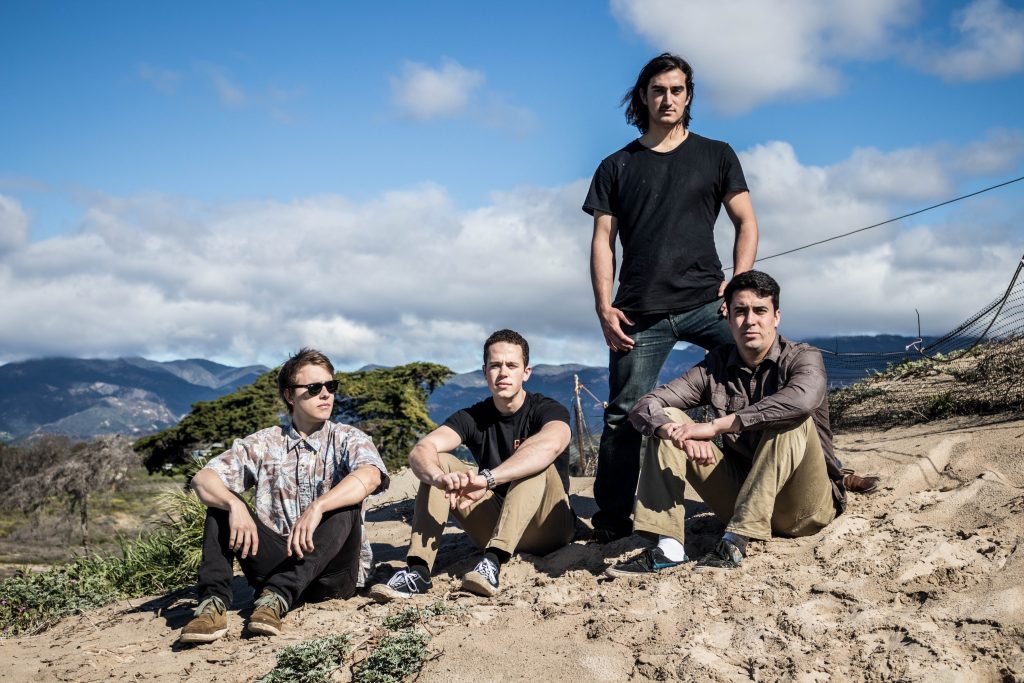 It all started when Max Schultz (singer/ guitarist) and Vince Brock (lead guitarist) lived together in the UCSB dorms in 2012. About two years later, Augie Houlemard (bass guitarist) joined in on some jam sessions with their original drummer Dustin, and just like that, magic was made. In an interview, Vince stated, “We all jumped on the opportunity to play in a band and have fun playing music while we had the chance since the end of college was soon approaching,” But that was only the start. They were about to meet their newfound drummer of Feral Vida, Christian Dolowy. “I pretty much snuck into a concert party that had been happening on Del Playa one night, and really loved the scene I had come across. I saw a bunch of happy people having a genuinely good time listening to live music, which is quite refreshing at times,” said Christian. He introduced himself to Feral Vida and acknowledged that if they ever needed a drummer, he would love to audition, which luckily for Christian a few weeks later the opportunity presented itself, and after their first meeting, they decided to make music together. 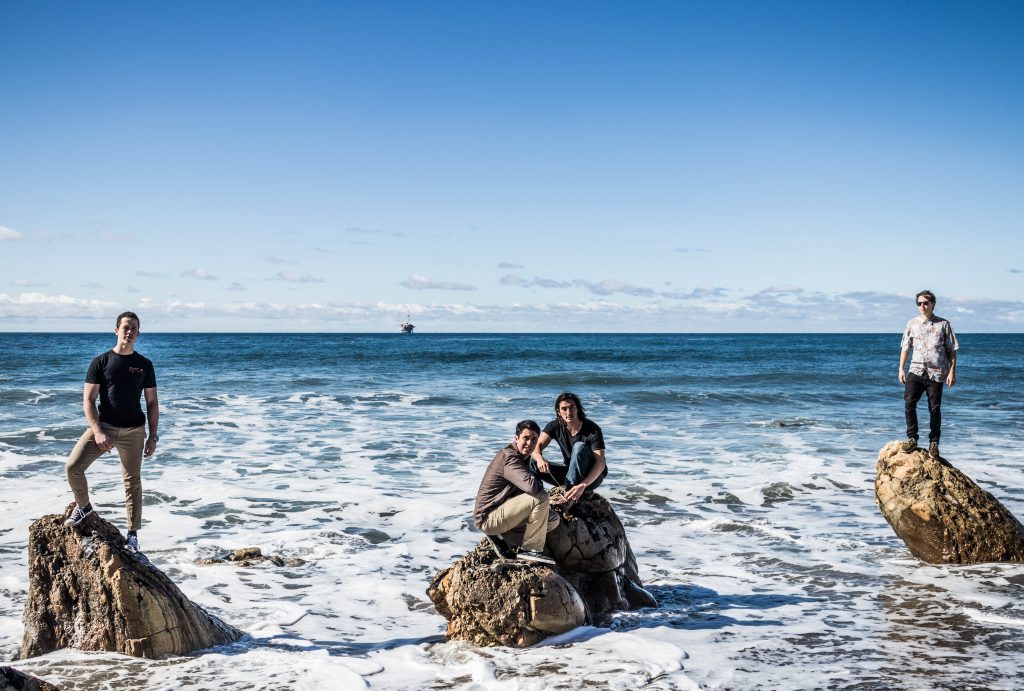 After Feral Vida became well recognized in the Isla Vista community, more opportunities started to arise for the band. They were then offered to play shows in the heart of Santa Barbara through showcases or benefit shows at widely known downtown venues. “I believe the reason we get invited to book shows at venues such as this, is because people seem to genuinely enjoy our music, and places like Velvet Jones and Soho can see that,” said Christian. As more opportunities started to arise for Feral Vida their mission as a band has always stayed true… playing music that people can genuinely connect with, in addition to providing electrifying energy that carries throughout the audience.

Feral Vida continues to play benefit shows for multiple organizations, such as Best Buddies International. Best Buddies is a growing organization that works to enhance the lives of people with intellectual and developmental disabilities. Thanks to Feral Vida, they are able to raise money and awareness by advancing their mission to help people live better lives. “I really enjoy the Best Buddies show, because all of the people with special needs really start dancing a lot, and it is just very heartening to see them having such a great time!” said Augie. Feral Vida is truly a remarkable band as they enjoy giving back and spreading joy to an audience that wouldn’t usually attend these certain events. “It’s always just a total blast because everyone there is just happy celebrating a good cause. All around happy people and good vibes,” said Max in the interview. 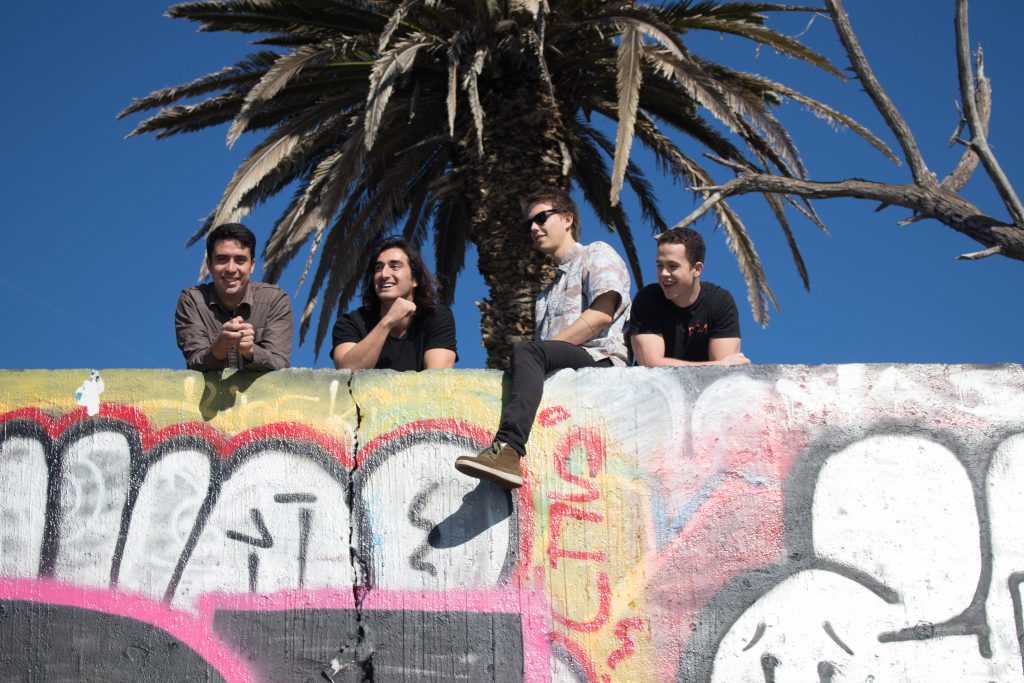 There are an abundance of exciting shows coming up in the near future for Feral Vida. “We have a TON of shows in March, it’s actually kind of crazy! We have the St. Patty’s Day show at Soho, which is gonna be sick. And then the following Friday we’re playing at The Tavern in Ventura” said Augie. The band is thrilled to be playing on March 17th, a highly anticipated venture for the band with Young Million, another upcoming local band, for their “St. Patty’s Day” show. Feral Vida will also be playing at the Public Art Show on Monday, March 20th. Luckily for us, March is a concert-filled month for Feral Vida and I think I can speak for us all when I say, we can not wait to see what the future holds for this lively crew.

Upcoming bands and new artists are flourishing in Santa Barbara, which can be intimidating for many young musicians due to the fact that they are unsure of where to begin or are simply overwhelmed by the thought of it all. In spite of that notion, Feral Vida is an inspiration to the newcomers. “Play for the Love of it and for nobody but yourself. Find yourself in music through your inner compass using your gut feeling about ‘right’ and ‘wrong’ sounds. Most of all, learn how to be comfortable in who you are, grow with it,” said Max. 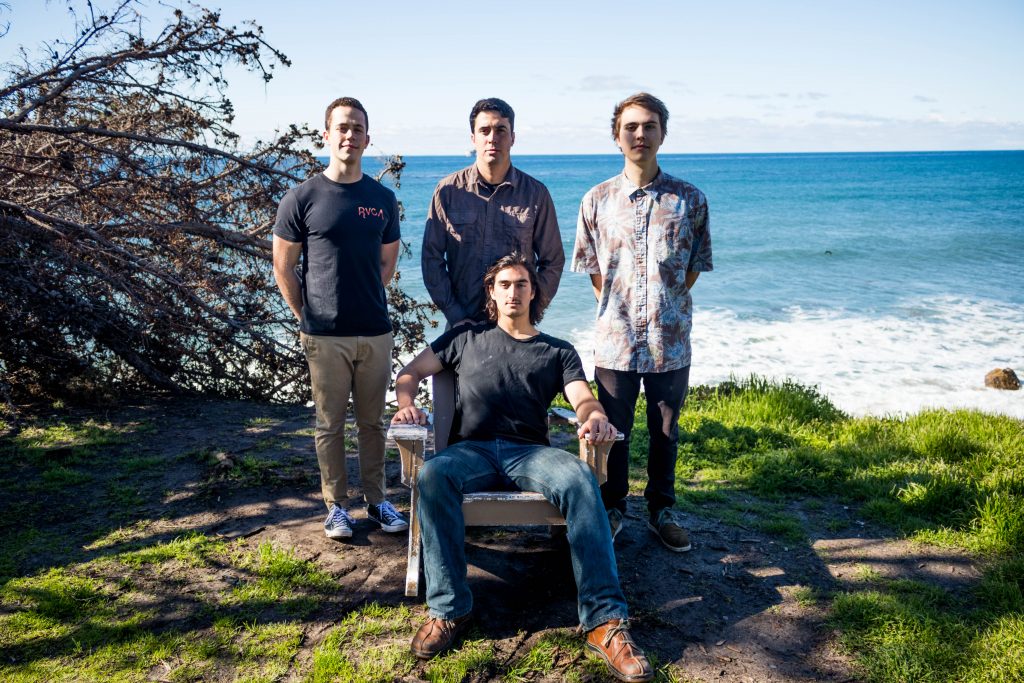 Feral Vida is rapidly gaining awareness and is continuing to turn heads left and right. Their passion and motivation for music is nothing short of inspiring, which has led them to where they are today. Their goals as a band are intoxicating; each member has a strong ambition for what lies ahead. “My goal for Feral Vida is to be ‘that band’. I want Feral Vida to be the next Chili Peppers, the next California sound that separates itself from the crowded reggae and alt-rock scene,” said Christian. Max continued, “Music has helped me find myself so much, and that’s more than I can ask for from it. I just wanna keep the love for it alive.”  Music is their life and they want to share their vigor with the world. Vince concluded, “All I know is that it’s the most fun I’ve ever had and that I only see us progressing in terms of our capabilities in the future.” Feral Vida has an extremely bright future to say the least. If you are able to catch one of their upcoming shows, take my word for it, you will not regret the decision.