Trending Now
You are at:Home»Features»Interviews»Hip Hop In Santa Barbara: A Slice of Truth

The purpose of this article is to show a different genre of music that some may not expect, Hip Hop in Santa Barbara. I interviewed three local Hip Hop artists that are all born and raised in Santa Barbara. As locals, we understand that there is a lot of different types of music that comes out of this small town, especially in unexpected places like Isla Vista’s Music Hub. However, maybe not a lot of people realize that Hip Hop is springing up and a large community of amazing lyricists who deserve your attention. What’s important is to see the development and creativity that flows out of these amazing Hip Hop Artists.

So without further a do, here they are: 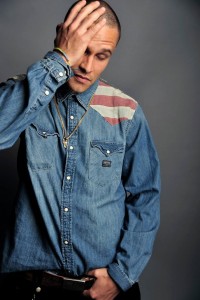 A recording veteran with over 10 studio projects to his credit, including records with his groups Resorvation, Wild Dogs, and P & E. “Wild Dogs” is his latest release – Niezel continues to push the boundaries of hip hop and spread a special type of positivity that comes from a creative soul. Please check out his in-depth interview below and feel free to follow him on all his social media platforms including Facebook here, his popular Twitter feed here, his fun and entertaining YouTube here and of course listen to all his music on Soundcloud here.

Check Out His Video Interview Here

For business inquiries you can reach him at: elliottniezel@gmail.com 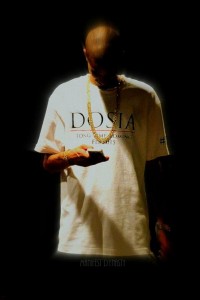 Dosia aka YungDos is a rap artist with numerous local hits. While making a name for himself he founded Krewcial Records in March of 2009. He is coming out with his first album called “Long Time Coming” dropping March 24th . He has been in countless features, with other artists in Santa Barbara and created many music videos on YouTube that have become a sensation. You can follow him on his professional Facebook page Dosia here. He is constantly on Twitter here and Instagram at @therealdosia. Dosia also loves his fans and loves to hear when his fans feel his music, which you can listen to on Soundcloud here.

Find Out what he has to say here

For Business Inquiries you can reach him at: therealdosia@gmail.com

Dosia’s video also raised a serious issue that is currently happening in the Hip Hop world in regards to the n-word being used in artist’s music. After getting to know Dosia, I knew that when he uses this word, its a term of endearment, a word for one of his fellow friends or peers. There has been a lot of discussion after the recent development of a group of college kids who were secretly filmed riding on a bus, singing a song that repeated the phrase, which you can read the CNN article here.  There is still a lot of debate, for instance can ‘white’ people use this word when they are singing a song and is it right? However, for me, personally I don’t feel comfortable saying the n-word nor would I sing it and that’s just my opinion. 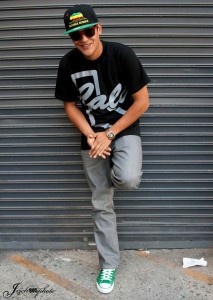 Quite like a ninja and a proud Filipino, Young Mish is the new secret weapon for the Hip Hop scene in Santa Barbara. He has only started recording his music last year, but has become very popular amongst the locals. He shares his passion through his music as a way of escaping the struggles of everyday life. He has just released his first mixtape, “Better Late Than Never” which you can listen to on Soundcloud here which features cover songs from very diverse and different beats from all aspects of music. If you like what you hear, then go to his Facebook and like the page as well as following him on Twitter. Also don’t forget that he is entering the One Shot competition and you can go vote for him here.

In the video he shares with me, his 60-second audition for the One Shot competition. Check it Out here. For business Inquiries you can reach him at: mish805sb@gmail.com