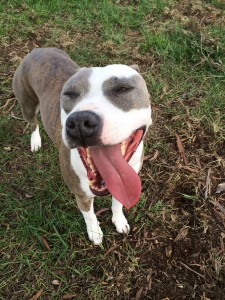 Saying I had a “ruff” time finding a home in Santa Barbara with my dog would be a hell of an understatement. Especially once I mentioned I have a pit bull, people proceeded to avoid me like a hammered girl at a party. I spent over a thousand dollars making trips from San Francisco to Santa Barbara to meet nearly a dozen potential roommates–who all ended up finding one reason or another why my pooch and I weren’t worthy. It wasn’t until I put a desperate ad of my own on Craigslist explaining my endeavor that I finally got a call from Judy, a wonderfully eccentric lady who my pit bull, Lila, and I now live with in Carpinteria. My good luck was an unusual occurrence, because more often than not people are being forced to leave their pooches behind, with a family member or friend if they are lucky enough to have help from such people. I don’t even want to imagine what dog owners without this privilege are doomed to do with their unwelcome best friend.

“I love my dogs more than [I love] most humans,” said Sam Fiorenzo, a student at SBCC who recently moved to Santa Barbara from Chicago. She adores her two miniature schnauzers, who are “pretty much [her]best friends who just can’t talk”. Unfortunately, she was forced to leave her two precious pups behind with her mom, because there were “no living spaces that [she]could afford that allowed dogs”. Those of us who are highly devoted dog owners understand how important it is to have that special bond; not only for your dog but for yourself. “It’s extremely depressing,” said Fiorenzo, “I miss my dogs more than anything–they made me so happy and being out here without them is hard because they were my joy.”

It seems as though there are dogs everywhere in the Santa Barbara area, and the majority of shops and beaches are dog-friendly if your furry friend is leashed. So where do all these people send their pups when it’s 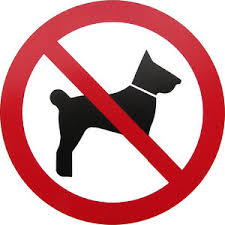 time to head back to their home? It’s an appropriate question–seeing as a recent Craigslist search for one bedroom apartments turned up only eleven out of FIFTY search results that will consider a dog. To prospective renters with dogs, do not fear! If you have a budget upwards of $2,500 per month to rent a one bedroom, surely one of these potential apartments will be happy to take you and your best friend!

Bill Stevens, manager at the Palms Apartments in Santa Barbara, explained that although they do allow some dogs to live in the complex, they “require that the any dog living [there]has to weigh twenty-five pounds or less.” The reason behind the large-breed ban at the Palms is, “a little dog can bite but it doesn’t do nearly as much damage as a bite from a big dog.”

“It’s a major liability with the insurance company because in some cases the [tenant]isn’t the only one responsible,” said Stevens, referring to consequences of dog bites and other injuries caused by large dogs. Which is why they also, “require [their]tenants with dogs to have proof of homeowners insurance.” 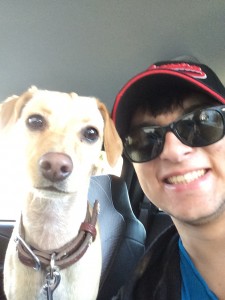 Sadly, for struggling college students who don’t have the means to shell out extra cash or show proof of homeowners insurance, much more extreme measures have to be taken. As you read this article, two Antioch students are struggling with making the decision to leave their current apartment in Isla Vista in search of a new place that will accept their “simply enchanting” puppy, Bella. Dimitri Chalupka and his girlfriend Helen Rosales saved six-month-old Bella from a family who was going to give her to the pound. 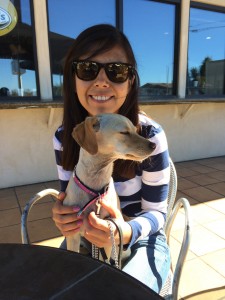 Bringing Bella to live with them in Isla Vista wasn’t the ideal situation, but they didn’t “have the courage to leave this puppy alone, she needs so much love and attention,” said Rosales. “Dogs do not have a voice; they cannot speak. We don’t really know what they think, but one thing is true for sure, they need a companion, a human who can love them.”

Finding a home that would accept both my dog and I was definitely a blessing, and my heart goes out to you who are struggling to decide what the next move is. The stress and constant uncertainty is a pain to deal with; especially while being in school full time and working. As much as I wish I could provide a solution to this issue, all I can say is good luck in your endeavor to find a home and happiness with your best friend.