What’s Going on in the Santa Barbara LGBTQ+ Community? We’re Looking at the Resources, the Social Scene, and What’s Up Next. 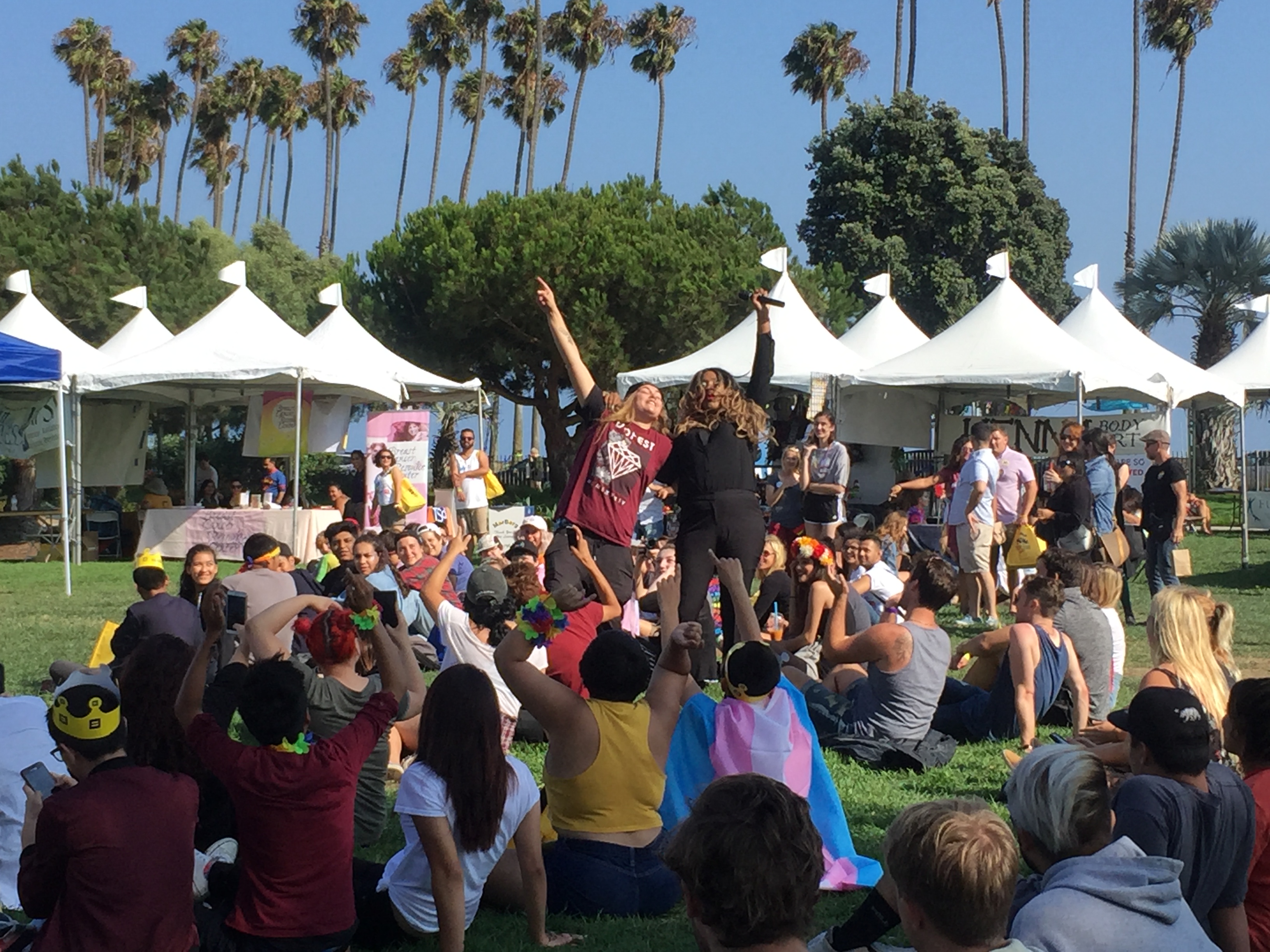 Just to recap, LGBTQ stands for lesbian, gay, bisexual, transgender and queer. The reason for including the plus sign at the end is because we have, and are still, developing different terms for people to use to most accurately represent their gender and sexuality. If you want to know more about this, there are many informative online sources.

PPF originally started in 1976 to provide drug and alcohol counseling, before becoming one of the few places that offered help, resources, and counseling, for individuals with HIV and AIDS in the eighties. Since then, they have expanded tremendously. They provide everything from sensitivity trainings to counseling groups and activities for all ages, and even a summer camp for LGBTQ+ youth. They have become invaluable to the community, whether they are simply providing a safe, social and empowering space for the youth to hang out, or through offering accessible help and resources to those who need it. They also host several events, the two most notable being The Royal Ball and Pacific Pride Festival. 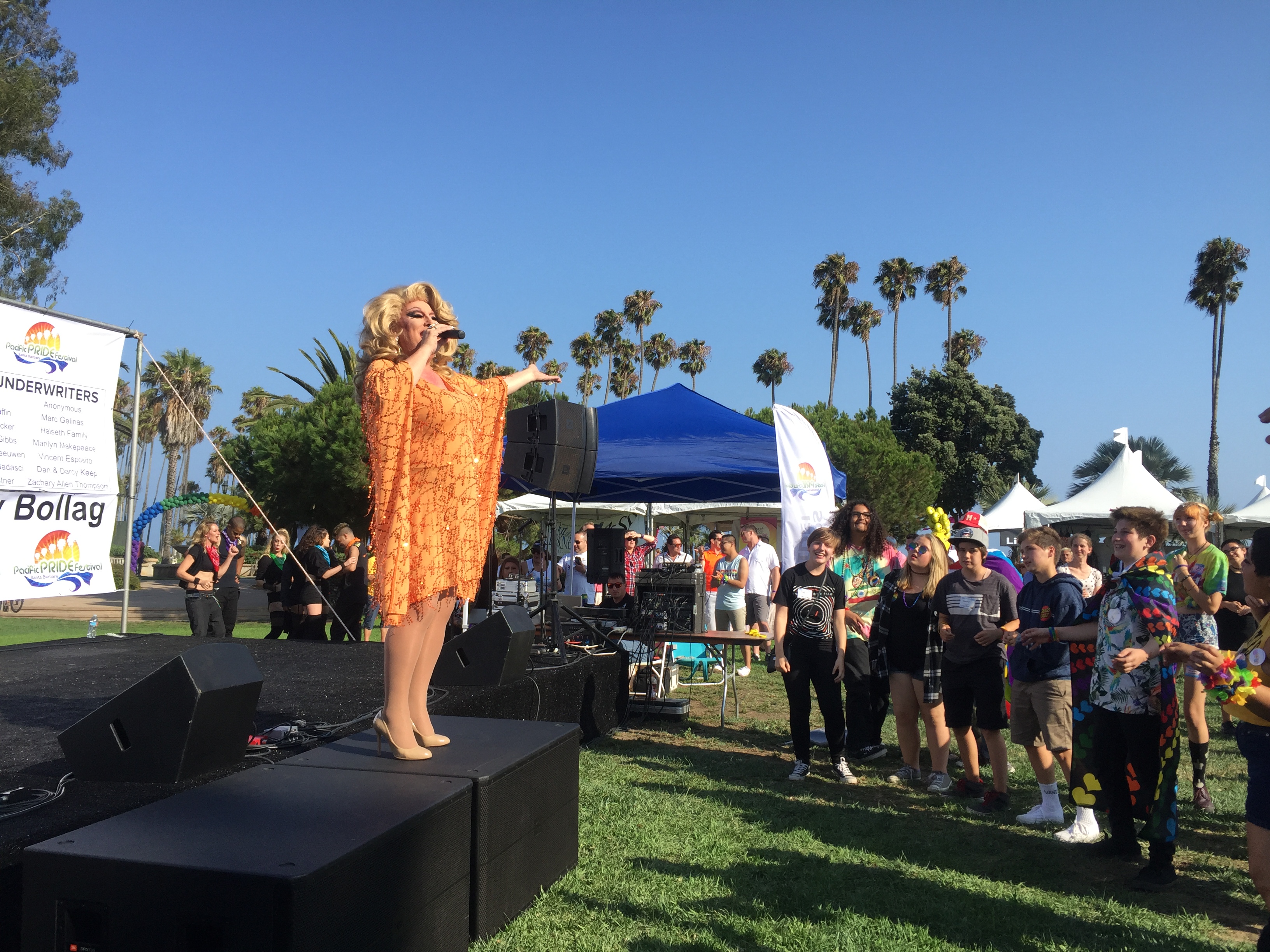 Where to Go and What to Do

Although new events might pop up now and again, there are currently only a few recurring, known LGBTQ+ things to do.

Wildcat Lounge: Red Room Sundays have been the designated “gay night” at Wildcat. It brings in quite the crowd and is really the last remaining gay night in Santa Barbara. Due to it’s longstanding popularity, and Wildcat’s notoriety, it begs the question as to why only Sundays are reserved, versus a weekend night.

Sunset at the Canary: This past year, PPF has put on a monthly cocktail mixer with a local DJ on top of the Canary Hotel. PPF has reported it a huge success, particularly with the older crowd, and there couldn’t be a more ideal venue. PPF hopes it will set the stage for more events to be thrown, and show people that there is a community here in Santa Barbara that will show up if you give them something to do. 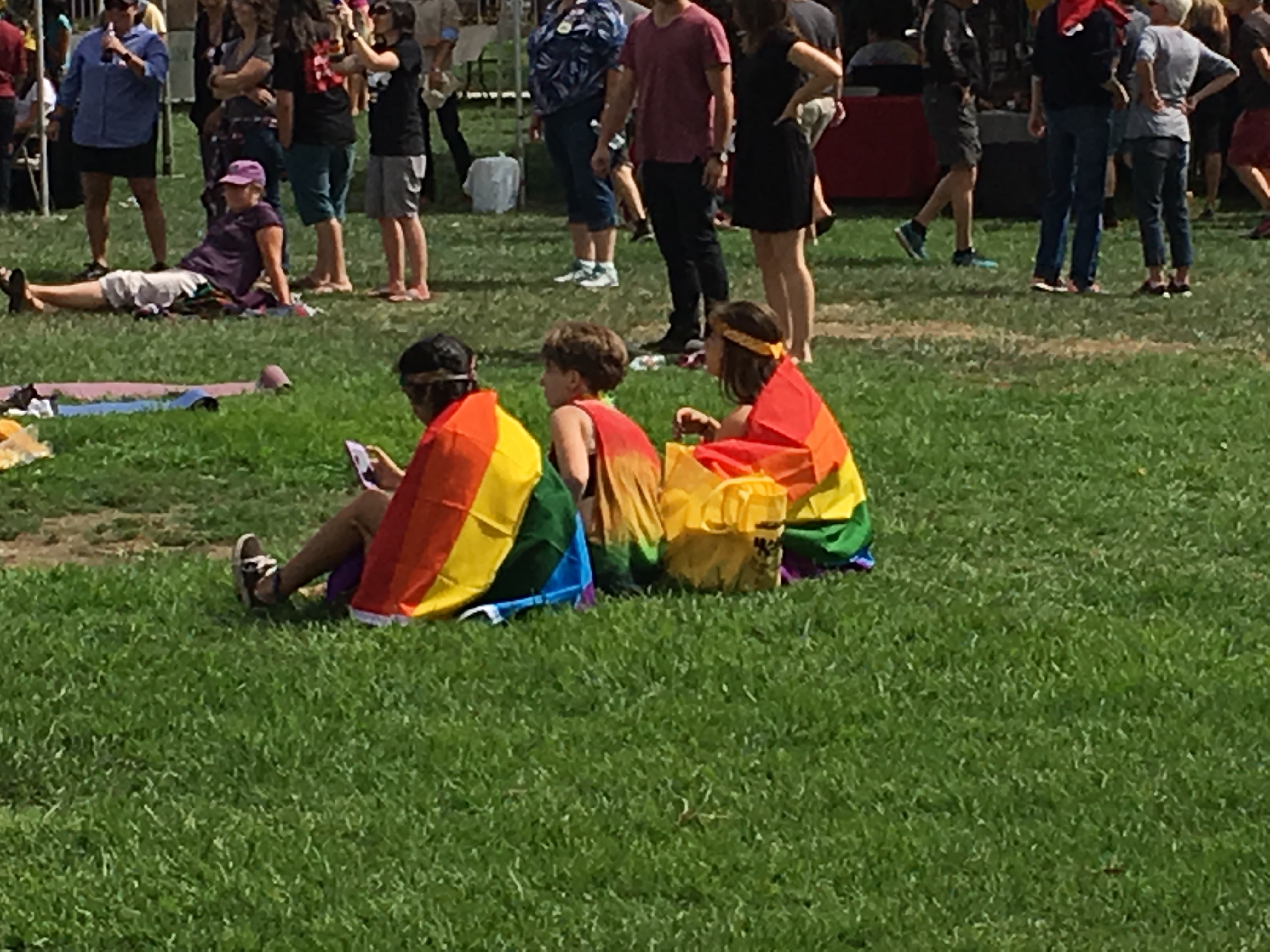 The youth were certainly the majority of the crowd at Pride this year.

Pacific Pride Festival: Pride Parade’s and Festivals have been happening since they started back in 1970. They have turned into an annual celebration of all things LGBTQ+, a chance for people who have been, and continue to be, oppressed by our society, to be loud and proud in public. Santa Barbara’s version of Pride has been hosted by Pacific Pride Foundation for some time now. The venue has changed over the years, but this year was hosted at Chase Palm Park. Unlike the other Pride Festival’s I’ve attended, it was very relaxed and family friendly, with a beer garden for adults, non-stop entertainment, and booths providing information and fun. For a small town, it brought out a crowd; an improvement from last year, some remarked. 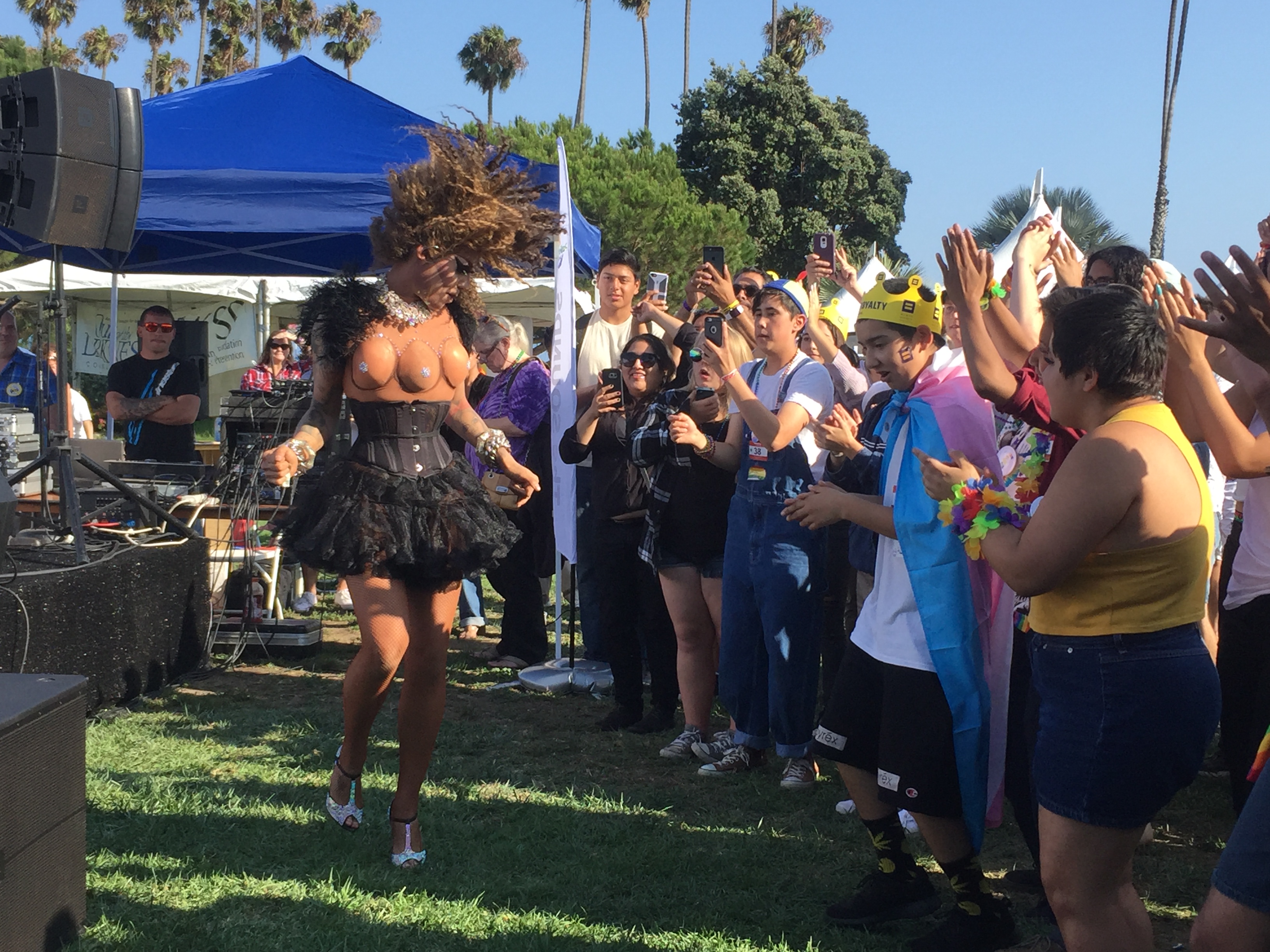 Yara Sofia stole the show, getting up close and personal with the crowd. 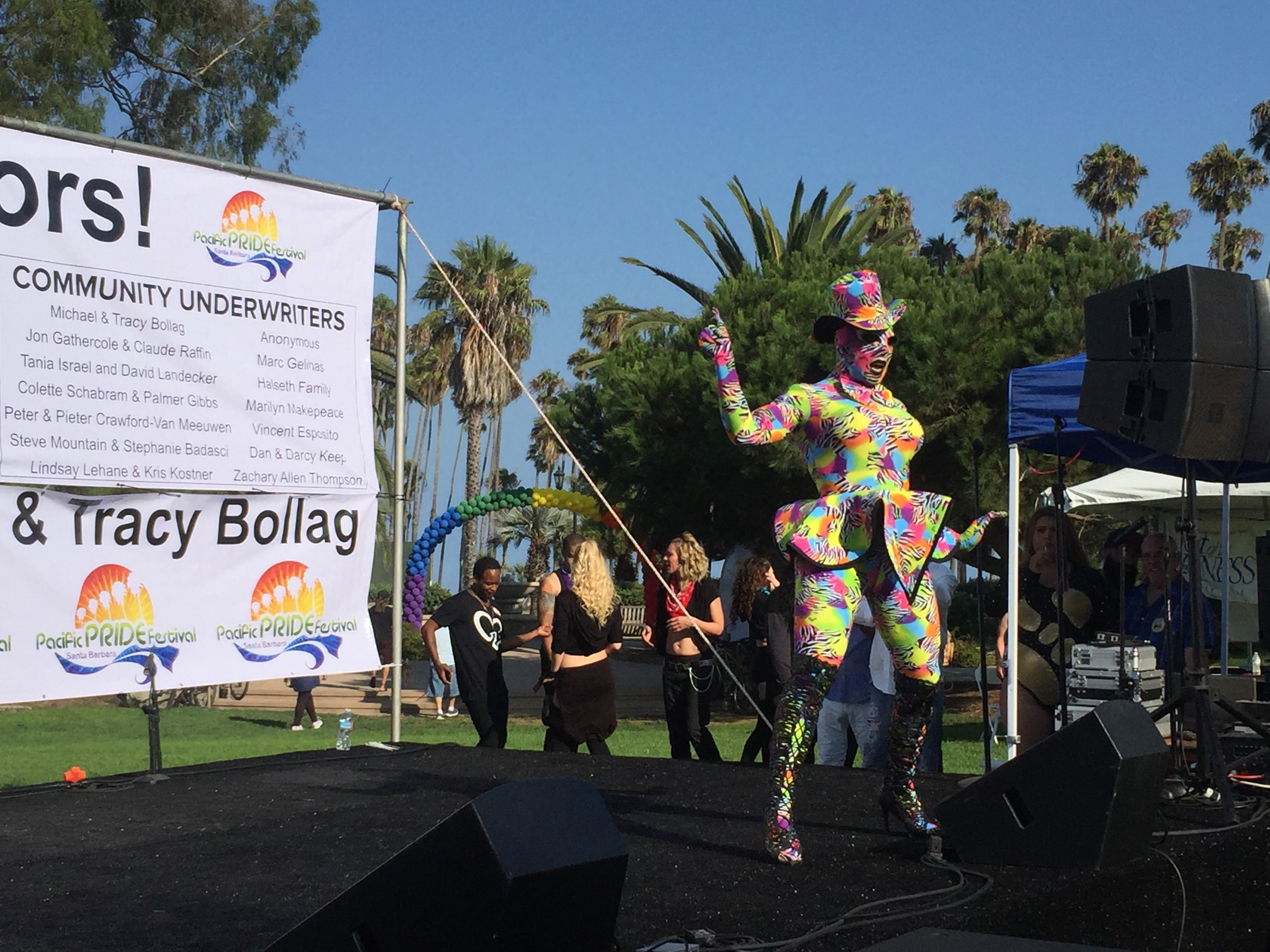 Why Don’t We Have a Bigger LGBTQ+ Social Scene?

For a small coastal town, Santa Barbara has gone above and beyond at providing numerous places to get down with your friends and see some entertainment. Drinking and going out is huge in Santa Barbara, so there’s definitely spots to be found for all ages and all types of people. One thing that is noticeably missing in the plethora of bars and clubs littering State Street and beyond, are any LGBTQ+ spots. It’s rare that a relatively liberal, progressive, and lively Southern California city, with a huge youth population, doesn’t have at least one or two known gay bars, if not a whole street. Only a short distance from the infamous West Hollywood scene, many people have to resort to relocating to LA, or having a weekend getaway, just to get their fix of fun. It’s not like Santa Barbara has never had any gay bars, but they have curiously all ended up closing their doors within the past 15 years, leaving the LGBTQ+ youth with little remaining options.

So what’s next? Can we expect more events or even a gay bar in Santa Barbara, or will the LGBTQ+ scene remain somewhat invisible in what is otherwise a disproportionately booming night life scene.

When I talked to Pacific Pride Foundation and heard the success they’ve been having with their events, and the positive response from the community, it makes you wonder what’s stopping anyone from filling this noticeable hole in the social scene.

Some have speculated its due to the transient nature of the town, losing it’s youth when they go to college, or losing the youth that came for college after they graduate. Some speculate it might be financial, since the cost of running a business in Santa Barbara isn’t exactly small. But PPF has said most businesses are very happy to support their events, and that support was obvious at The Pacific Pride Festival.

There might not be one clear answer, but hopefully more businesses will take the opportunity to fill the obvious demand for more LGBTQ+ spaces and events. 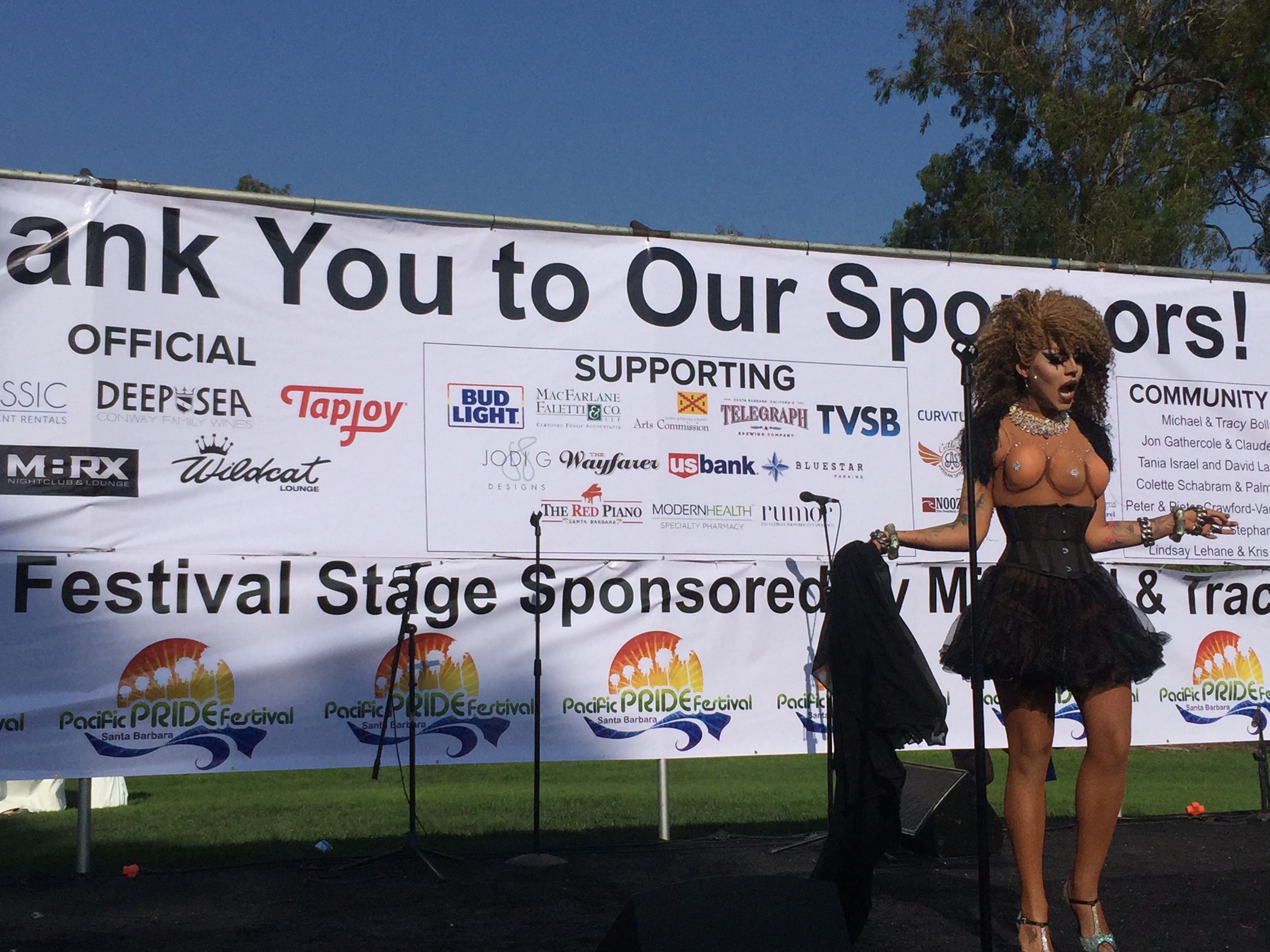