On the second night of the Santa Barbara International Film Festival, I attended an event honoring three members of the world famous Cousteau family – Jean-Michel, son Fabien, and daughter Celine – with the Attenborough Award for Excellence in Nature Filmmaking. 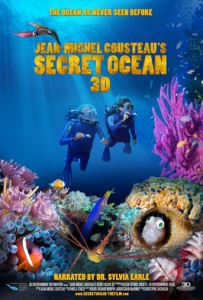 The evening began with the premiere of Secret Ocean 3D, a beautiful film focusing on the some of the smaller and less known species of the sea. 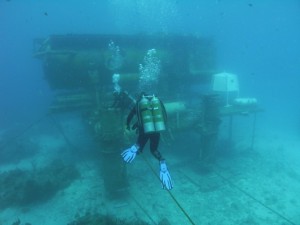 After the conclusion of the film, the Cousteau family were seated and where they discussed the plight of our oceans and the biosphere with actor Tim Matheson. Celine, Jean-Michel’s daughter, is passionate about using film to communicate issues to a global audience.“For me, it’s very important to put the human being at the center of every story. That’s how you connect to a wider audience and have them understand their connection to any place, ecosystem, or issue.” Her project “Tribes on the Edge” focuses on Halting the deforestation of the Amazon and the displacement of indigenous peoples. Jean-Michel’s son, Fabien, recently completed a 31 day experiment living in an submarine laboratory off the coast of Florida. He is making a documentary and book about the experience. 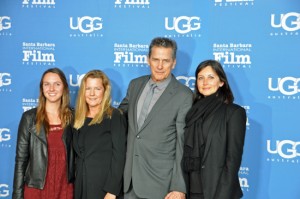 The evening concluded with the presentation of the Attenborough Award for Excellence in Nature Filmmaking, by Mimi deGruy, the wife of the late filmmaker Mike deGruy, founder of the award. Reward recipients of the past include the creators of “The Cove”, James Cameron, Al Gore and Davis Guggenheim.