Trending Now
You are at:Home»Features»Man over Board

Skaters are people that have faced an unprecedented discrimination since skating first took to the streets. They have had, and still have to go through a lot of hardships in order to pursue their passion.

Eventhough this sport is only growing in popularity, it is surprising to learn that many cities and towns in the United States don’t have a single skate park. It’s easy to find a basketball hoop or a baseball diamond almost anywhere you go. Yet when it comes to skateboarding, skaters have little choice but to ride on the sidewalks, on the streets, school campuses, parking lots, and other places around town… or simply don’t skate at all. 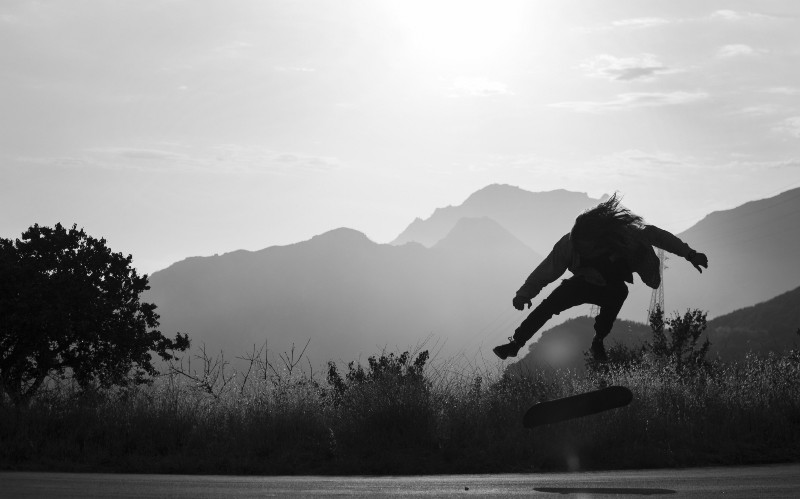 Skaters show an uncommon dedication to their sport.

In order to get into the skate community you either need to be a skater or you have to find someone who is willing to let you in, and I did just that. I went and found a skater i know and followed him on different occasions, to try to learn more about him and his beloved skating. 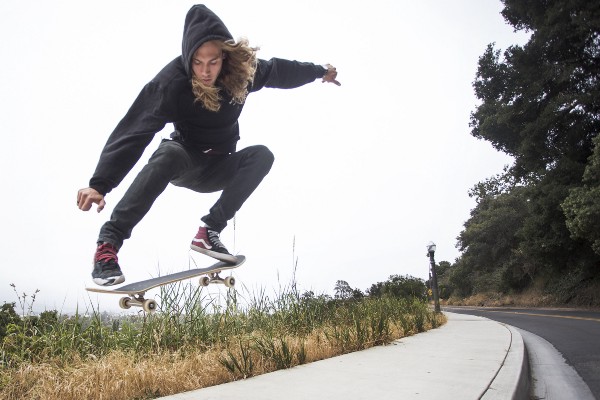 Skating in the streets is not only dangerous in terms of actual skating, but cars and pedestrian adds to murphy´s law.

“Some of the hardships we face are; where to skate, law enforcement, politicians and just people in general making trouble when we are trying to enjoy and improve our skating.”

Meet Gunther Slade a 20-year-old skater, living in Santa Barbara, originally from Las Vegas. “The worst thing about skating is the eminent risk of injuries. I have broken my ankle, my first, second and third metatarsal. I have also had parts of my foot replaced with seven screws and all of this on the same foot on separate occasions.”

I was a little puzzled

I was a little puzzled as to why someone would go through all of that and still pick up skateboard and dive right back into it. Well skateboarding is not just something I do, its more a part of me.When I skate, it is as if I don´t exist anymore, its just me, the board and the concrete. All of your problems and worries just disappear and for the next few hours or so, your life is perfect, Gunther adds. Skating is important for a lot of people, as a way to release stress, have some fun and do some truly awesome stuff. 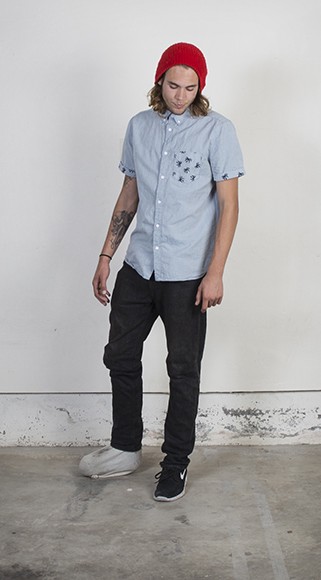 A picture from the time Gunther wore a cast for around 4 moths after getting 7 screws placed in his foot after breaking his first, second and third metatarsal.

“Having a cast is the most boring thing ever, I will tear that thing off at the earliest convenience, fully healed or not.”

You can see the seriousness in Gunther´s eyes when he starts to talk about the way skaters are treated. People treat us as unwanted, as pariahs, outcasts, and nuisances, they are telling us that skateboarding youths are just not welcome here. They just push us further down the street or whatever so that we become someone else’s problem.

“You are welcome to skate, just not here.”

Skaters are routinely confronted and ticketed by police. Tickets vary from around 150 dollars and can reach heights of well over 1000 $. “I quit counting tickets years ago, says Gunther.” Skaters see this as an un-winnable situation; they are passionate about skating but every attempt to find a place to skate inevitably leads to a confrontation with authority.

After decades of this treatment, “illicit” street skating has become an indelible part of the skateboarder’s experience. This is not because skateboarding culture has an anti-authoritarian tone, but because so many communities have systematically confined skateboarding that skaters treat each place to skate as a temporary situation until they are kicked out. For many, it is a daily ritual.

“Skating is not a hobby, skating is freedom”

There are more towns with laws preventing skateboarding than there are skateparks. Is it really fair to these passionate athletes to be sidelined and driven away and not be able to enjoy their own sport? The act of riding a piece of maple wood on wheels is not a destructive activity. Skateboarders need a skate park, at least and if there is anything i have learnt from this experience it is that Skaters show an uncommon dedication to their sport. 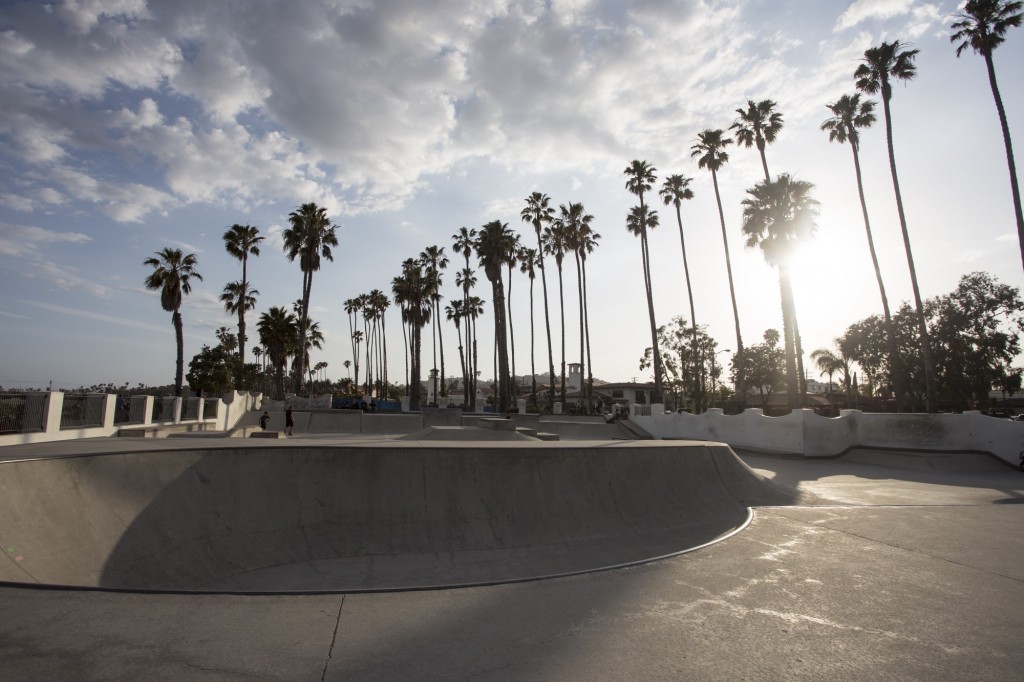 Santa Barbara´s very own skater´s point located right by the beach. The skatepark was originally supposed to have walls around it to shield for noice and so on. Luckily this idea was dumped and now the skatepark provides passer by´ers along with the skaters, with extraordinary views.