Trending Now
You are at:Home»Features»A Loving Home for Every Child

Giving care to children who have nobody to care for them is the purpose of an orphanage. There are hundreds of thousands of runaways and orphaned children living on the streets in Jaipur, India.

These children represent one of the neediest peoples on the planet. They have lost their childhoods and have little hope for a better future.

Even if these children have little hope for a better future there are people and organizations that are fighting for them to make their life better. There are ways that you can help by donation or volunteer in the orphanages.

McKenna, a 22 year old student at AUSB, took the chance to go to Jaipur in India and volunteer at an orphanage. McKenna went to Jaipur in December 2014 with the organization Love Volunteers. “My plan was to go there for a month, but I ended up staying longer because I made really good friends and wanted to leave the same time as them.” McKenna ended up staying for two months.

“You have to go into it and not expecting anything. Because it’s not going to be anything you would expect”

It took McKenna three weeks to adjust to the circumstances. “The goal was to live like everyone else, so if the neighbors didn’t have water we didn’t have any either.” The volunteers lived together in a house, and were volunteering at the orphanages from Monday to Friday. In the orphanage all the children sleep in the same room on the floor with some blankets. On a typical day McKenna and the other volunteers bathed the children, feed them, and played with them for the rest of the day. “The children just want to be held.” 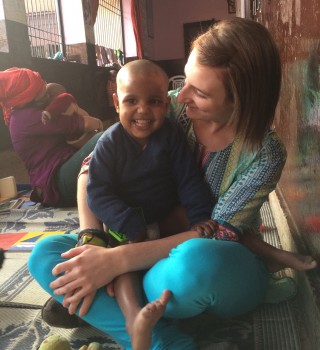 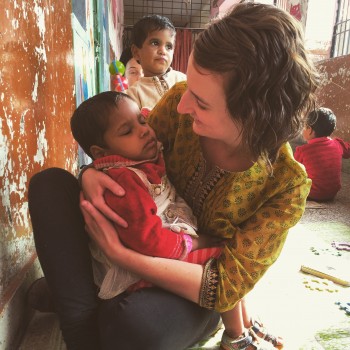 The children McKenna took care of were in the ages one to five. Since some of the children are found on the streets they are not completely sure about the children’s ages, so the workers have to guess their ages. There are also children that get dropped of by their parents. The children lives in the orphanages until someone adopts them or the parents come to pick them up.

“Instead of being sad about it I had to be happy when I went there. Because the kids are so happy to see us, so we can be sad about it when we get home”

McKenne describes her last trip as really really bad, but also really really good. “It was amazing to see the children and see them grow. Just to see what loving a child does.” 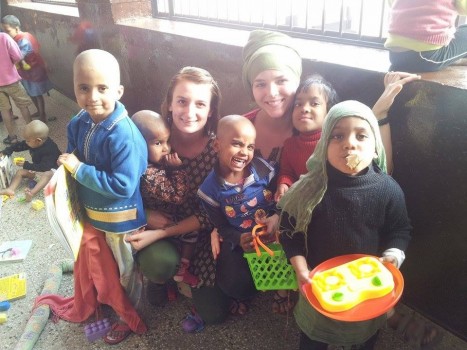 There are a lot of volunteers that wants to adopt the children from the orphanages, but it’s almost impossible to do it. McKenna is trying to adopt two Indian girls. “India usually does not allow international adoption to Americans, but I’m not giving up. The agency has told me it could be years, and it could end up not working out.” 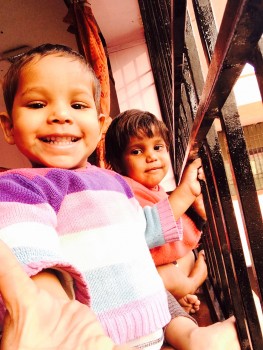 McKenna is going back in December and will be in Jaipur for three months this time. “I’m looking forward to see the children who is still there, and see how much they all have grown.” McKenna think it will be easier to go back this time since she already has experience it. She hopes she can keep going back once a year. “Doing something to help other people is rewarding.”