Trending Now
You are at:Home»Features»Social Justice»Abolishing Qualified Immunity is the Civil Rights Issue of Our Time

Recent events have renewed the debate over police brutality, accountability, and reform once again. Getting justice to the victims of police brutality and killings has been nearly impossible because of the legal doctrine known as “qualified immunity.” Created by the Supreme Court in the 1960s, the initiative is successfully exploited by law enforcement officials to stop civil suits alleging violations of Constitutional rights. 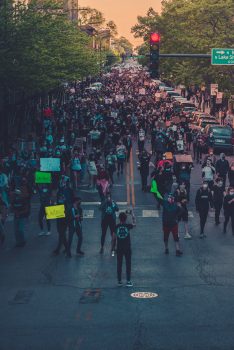 Photo by Max Bender on Unsplash

The recent nationwide outcry, protests, and uprising against police brutality and killings of African Americans and other persons of color by law enforcement officials across the U.S. are representative of the continued historical struggle for equality. “Police violence against Blacks is not something that just developed the last couple of years,” says historian Eric Foner.

Since the beginning of organized policing, slave patrols in the United States used police brutality as their foundation to keep slaves in their place in the enforcement of Slave Codes, Black Codes, and Jim Crow segregation laws. These events “fall within a larger pattern of clashes between police officers and residents in black communities originating from the period of Reconstruction, when a lot of police departments were created to surveil black communities and control and corral large black populations,” says Keith A. Mayes.

Abolishing qualified immunity is the civil rights issue of our era. Law enforcement officers and government officials who commit violence against the people they are supposed to protect must be held accountable for their actions; they are not above the law.

Congress implemented the landmark Civil Rights Act of 1871 to stop the terror of white supremacists and hold public officials accountable, giving the right to all Americans to sue public officials and police officers who violated their civil rights. For the next 100 years, this statute became the principal tool people used to pursue justice against police violence and brutality. However, in 1967, in Pierson V. Ray the Supreme Court introduced the “Good Faith Doctrine” to protect police from being sued. This later became known as The Qualified Immunity Doctrine that led to the dismissal of most of these civil rights lawsuits making it impossible for victims to get justice in court. This court-invented immunity is not part of any law passed by Congress or stated anywhere in the Constitution. It is a power overreach by the Supreme Court that overrides some of the landmark Civil Rights Act of 1871.

After the end of the Civil War, most southern states and local officials in the former Confederacy ignored the racist domestic terrorism by the Ku Klux Klan and other groups across the South, sometimes even participating in these racist crimes.

In 1871, as the Ku Klux Klan terrorized formerly-enslaved people across the South, Congress responded by passing a series of laws intended to end their terror against former slaves. The new laws were rooted in the newly ratified 14th Amendment and included a statute that allowed citizens to sue public officials who violated their civil rights.

The Civil Rights Act of 1871 was also known as the Ku Klux Klan Act. It required holding state officials personally accountable for the civil rights violations that were occurring on their watch  by stating that,

“any person who, under color of any law, statute, ordinance, regulation, custom or usage of any State, shall subject, or cause to be subjected, any person within the jurisdiction of the United States to the deprivation of any rights, privileges, or immunities secured by the Constitution of the United States shall […] be liable to the party injured in any action at law, suit in equity, or another proper proceeding for redress.”

“If the Federal Government cannot pass laws to protect the rights, liberty, and lives of citizens of the United States, why were guarantees of those fundamental rights put in the Constitution at all?” 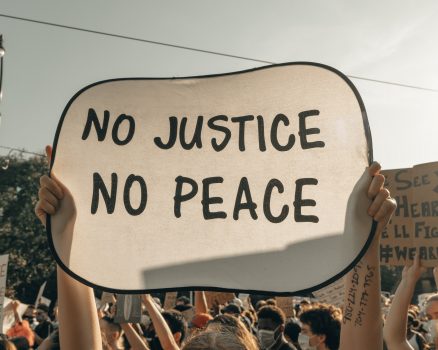 For the next 100 years, this statute, section 1983, became the principal tool people used to pursue justice against police violence and brutality. Then in 1967 the Supreme Court invented and introduced the “good faith defense”, a new section regarding civil suits against public officials and police officers. William Baude pointed out The Civil Rights Act of 1871 did not include any defense for law enforcement and public officials. Qualified immunity was invented later by the U.S. Supreme Court to shield law enforcement officials from accountability. In the most recent cases during Chief Justice John Roberts’ (add link) courtship, its application has been expanded, even to the point where both the Supreme Court and federal judges openly criticize this doctrine.

Justice Clarence Thomas, also known as the court’s most conservative member, has complained that,

” The doctrine has no historical basis’, […], [and]routinely substitutes ‘our own policy preferences for the mandates of Congress.’”

“[The court’s ] one-sided approach to qualified immunity transforms the doctrine into an absolute shield for law enforcement officers.”

Mississippi federal court judge, Carlton Reeves, reveals his frustration in his dissenting opinion where he expresses concern about how qualified immunity holds back judges.

“Judges have invented a legal doctrine to protect law enforcement officers from having to face any consequences for wrongdoing. The doctrine is called ‘qualified immunity.’ In real life, it operates like absolute immunity.”

In the afternoon of Tuesday, May 7, 2019, suddenly gunfire erupted and the apartment complex was surrounded by a military force shouting and shooting. As the gunfire continued, very disturbing cries from people and dogs could be heard. After an hour, the gunfire and the shouting ceased, and residents were ordered to evacuate by Sheriffs and the SWAT team.

Until the day of the shooting, I saw the military use in action on TV, but now I found myself in the same war-like tragedy surrounded by an extremely armed SWAT team.

During the evacuation, there was confusion within the community about the reason for all the shootings, the enormous amount of armed forces, and a lack of communication about what to do next. Countless law enforcement officers and equipment could be seen, yet there was no plan for handling evacuees. There was no designated space for the evacuees. No one knew who was in charge. Law enforcement officers and first responders offered no help for the immediate needs of the elderly, children, and people who needed psychological help. Someone of authority to speak with was not to be found. Families separated during evacuation could not get help from law enforcement officials to reunite. Some of the evacuees did not get a chance to grab their cell phones and had no way to tell their children they were safe when the children called from their schools.

The apartment complex is government-subsidized public housing for low-income families and individuals, seniors, and people with disabilities; hosting a very diverse community that needs attention in the event of an emergency. The fact there was no organized plan from government officials, law enforcement branches, first responders, or any other organization – created confusion and disarray. We could not find someone to take responsibility for the aftermath of the emergency evacuation.

When we asked law enforcement officers who were in charge of our immediate needs (such as medical needs or formula and diapers for children) they had no idea; they did not bother to address our concerns. 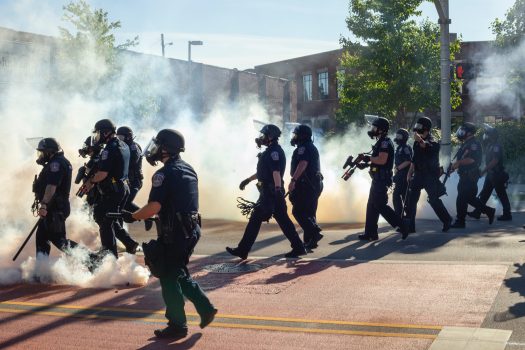 Photo by Dale Staton on Unsplash

Some of the actions of the SWAT team seemed, to us, as an occupation force in our backyard. It was hard to witness our law-enforcement officials treat us like criminals.

The American Civil Liberties Union (ACLU) calls to stop the militarization of the police and treating Americans like a wartime enemy. The ACLU states, “As our new report makes clear, it’s time for American police to remember that they are supposed to protect and serve our communities, not wage war on the people who live in them.” The report further elaborates that, “Our neighborhoods are not warzones, and police officers should not be treating us like wartime enemies. And yet, every year, billions of dollars’ worth of military equipment flow from the federal government to state and local police departments. Departments use these wartime weapons in everyday policing, especially to fight the wasteful and failed drug war, which has unfairly targeted people of color.”

Residents of the apartment complex were ordered not to go back to their residences. That prevented them from getting their cars to bring children back from school. Children who came back from school were not able to locate their parents or family members, which created more confusion and chaos. Helplessly, the power of our government, our local elected officials, and law enforcement branches deploying armies with highly sophisticated equipment used for military operations was witnessed by the neighborhood.

The National Journal reported in 2000 that “between 1997 and 1999 the Pentagon’s surplus program created by Congress gave away [to local police agencies]$727 million worth of [Highly sophisticated military equipment] designed for use in war to be used in American streets and neighborhoods, against American citizens.” The SWAT team was called out to serve a warrant to a single resident with an alleged mental illness who had a gun. The aggressive tactics used by the sheriff’s office and the SWAT team on that afternoon in May created a volatile situation that quickly escalated beyond their control, endangering many.

As this event unfolded the residents of the apartment complex were witnessing the use of sophisticated military equipment by our local law enforcement agencies. The SWAT team traumatized this community. This could have been prevented by better use of resources to help the resident with mental illness and with accountability for the protection of the civilians.  “Nearly 80% of the SWAT raids the ACLU studied were conducted to serve search warrants […] police are using hyper-aggressive, wartime tools, and tactics.”

This unfortunate event revealed how our governing officials and law enforcement agencies get away with neglecting the citizens they are supposed to serve without accountability. Because of qualified immunity, the police force feels empowered to deploy the SWAT team instead of negotiating and using mental health resources to prevent an incident.

Armed with the ammunition given to them by the Supreme Court, the coalition of police union associations across the Nation organized to advance their interest with violations of rights and violence that go unaddressed in the country’s civil legal system. “vigorous and effective representation” according to the Human Rights Watch ‘publicly denying all allegations against police officers, even those they know are brutal; encouraging non-cooperation with investigators and using the “code of silence” when allegations arise’ continued to resist reforms and police accountability.

From the beginning, the new republic has struggled to recognize all Americans and treat them equally. Now when people are marching for equality and fair treatment in the streets all over the nation it reminds us that the struggle continues: we have not yet achieved equal treatment of all Americans.

The Call to Reformative Action

The U.S. Congress, during the Reconstruction era, stood up to the white supremacists at that time and passed laws to protect newly freed slaves. The Supreme Court restored equality when it delivered its united decision in Brown v. Board of Education  and outlawed the doctrine of “separate but equal.” Yet the recent insurrection on the US Capital showed the ongoing struggle for justice and accountability. 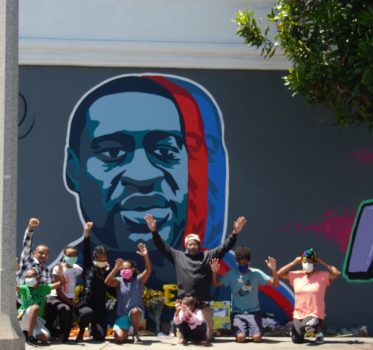 The civil rights issue of our time is whether the Supreme Court will recognize this issue and overturn qualified immunity. It is time for justice and equality for all Americans.

You have the power to make the change, please sign the petition to abolish Qualified Immunity.

Belete was born in Ethiopia. Long after the military took power declared Communism, his family left Ethiopia and moved to Washington DC about 15 years ago. He came to Santa Barbara and attended SBCC. He studied political science and construction technology focusing on green building. Belete transferred to Antioch University Santa Barbara to finish his Bachelor's degree. He is interested in Environmental justice.