Trending Now
You are at:Home»Media»Buffy Slayed My Gender: Finding Queer Self in the Absence of Representation

I was a sixteen-year-old girl when I put on my flowery minidress and went down to my local graveyard to hunt vampires for the first time. I kept my identity a secret, of course, as all superheroes must—protecting the people we love from things they couldn’t understand. As I stepped carefully between the cracked grey headstones, I looked every bit like a normal teenage girl who had made the injudicious decision to walk home alone at night. But beneath this guileless blonde exterior strode a powerful warrior. A hero. She Whom The Night Fears. The Harvest moon bathed me in lucent orange as I walked, illuminating my long shapely legs as….well, no—wait. Hold on. These legs…

These aren’t my legs.

And this isn’t a graveyard. It’s a cluttered living room in a log cabin in the North Carolina piedmont. And the light isn’t coming from the moon at all, but rather the flickering screen of my family’s boxy thirteen-inch Toshiba television set.

Reality seeps back in.

I’m not a sixteen-year-old girl, either. I am, as far as everyone can tell, an eleven-year-old boy, cheeks flushed as he watches Buffy the Vampire Slayer for the first time. He is staring at Buffy herself—the eponymous vampire slayer played to perfection by the incredible Sarah Michelle Gellar—with the kind of unconditional slack-jawed love that Shakespeare exalted and satirized. This boy’s parents probably think he has a prepubescent crush, and they’re absolutely right, but it’s also much more than that. More than lust, this boy feels envy. He wants to be Buffy. That’s how it starts.

Throughout middle school, I spent hours playacting as Buffy Summers in my bedroom. I staked vampires into dust, let fly roundhouse kicks into the faces of dark sorcerers, snapped the necks of unholy horned demons. And I did it all spouting sarcastic one-liners. Often I would wear nothing but a long t-shirt and underpants to simulate the feeling of wearing a dress. I let my hair grow out. I liked the feeling of my hair whipping around as I fought another Hellmouth Spawn on my laundry-strewn floor. Sometimes the fantasy went beyond clothes; in the bath I’d picture an entirely different body from mine, one that was older and softer and, yes, sexier. A voluptuous avatar of demon-slaying girlhood. Then I would open my eyes, take in my actual body—pale and weak and very boylike—and register a subtle sense of disappointment with the biological realities of real life.

The fantasy wasn’t all fighting, either—I wanted to occupy Buffy’s life in the daylight too. Part of what made Buffy a radical character in the 90s lay in just how much of a normal teen girl she was for most of the show. As media analyst Jeffrey A. Brown observes, feminine action heroes in the 90s were usually “blatantly coded” as men—with the premium placed on their emotionless analytical attitude and hard, muscular bodies—or they were a “feminine masquerade,” super-hardcore warriors and assassins who ironically played up their femininity to conceal their true identities. Think Ripley in Alien for the first archetype, or Max in Dark Angel for the second. But Buffy doesn’t fit into either of those categories. She’s a fighter, yes, but mostly because of the magics that stem from her obligatory-to-the-genre “Chosen One” condition. Outside of her unusual strength and reflexes, Buffy is just a sixteen-year-old girl trying to make it through high school. She’s a cheerleader. She wears cute dresses and high heels. Her nails and makeup are done to perfection. She’s insecure about her weight and sex appeal and has crushes on the lamest boys. She cares about her social standing at school, and stresses about homework. And so my bedroom fantasies—far from being purely of the death-dealing, ass-kicking variety—were often as commonplace as imagining myself going to high school dances, getting into petty fights with friends, and loads and loads of kissing, years before my first actual kiss. I lived in a construction of fantasy and childish wishing that I would presumably grow out of. 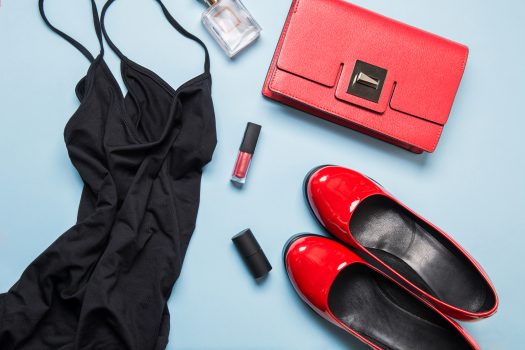 This Fall—eighteen years after watching Buffy for the first time—I came out as transfem nonbinary. 2021 is, to put it mildly, a fraught year to be coming out as a trans person. It has been the most dangerous year on record for trans people in the United States, with 44 trans murders recorded so far. Extremist anti-trans bigotry is rampant and deemed horrifyingly acceptable by mainstream society. Recently, such extremism was given its ultimate personification in a manifesto calling explicitly for the mass lynching and extermination of trans women, written by a woman who had, days earlier, been cited as a source for a prominent BBC article. When I read that manifesto, helpfully screencapped on Twitter, I was in the passenger seat of a friend’s car, on the way to a late night shoot for a film project. I can barely describe the wave of anger that came over me. It was like being stabbed with an icicle and a hot poker at the same time. I looked down at my body, at the dress I was wearing—the first one I ever bought for myself—and had the sudden understanding that there are rooms in which the mere sight of me would prompt people to hide their children, hurl slurs, even threaten me with violence. As a white person living in a progressive city, I am much, much safer from physical harm than many other trans people, but it’s a qualified safety.

If I really were Buffy Summers, of course, I wouldn’t have to worry so much. If there’s one thing Buffy is capable of, it’s protecting herself from evil. These bigots wouldn’t be able to touch me. And indeed, that night, as I read the call for my extermination in my little black dress, I gripped my seat belt like a lifeline and thought of Buffy. I began to imagine myself as Buffy Summers once again, just as I’d done as a kid. Buffy, with her lethal combination of martial arts training, “Chosen One” magical strength, and cool intuition; Buffy, with her cute clothes, fun girly peppiness, and snappy repartees. And it occurred to me that the whole aesthetic I’d started to cultivate for myself—from my minidresses to my black faux-leather jacket—was 100% rooted in those many hours of being Buffy. Whatever feelings that show had awakened in me as a child were all returning to the surface this year. Some trans people describe a feeling of knowing they’re trapped in the wrong body from a very young age. That wasn’t quite my experience. I always felt awkward in my body, sure, but what young boy doesn’t feel that way? I was curious about the bodies of my female peers, but again, there is no meaningful way of retroactively distinguishing those feelings from normal sexual curiosity. As trans writer and columnist Daniel Lavery puts it, “Had someone asked me every day and every night of my life, ‘What are you?’ I would have said, ‘I’m a girl,’ every time.” Lavery didn’t feel trans growing up, in part because he didn’t really have a way of identifying what feeling trans would even feel like. Similarly, I didn’t have a vocabulary to explain how I felt as a young boy. It was more abstract than “I liked some girl stuff more than some boy stuff.” It was the sensation of being a kite adrift in the wind. I hate how unmoored I felt, I strangely wanted to resist every string my teachers, parents, and peers tried to attach to me. The closest I ever came to imagining myself as not a boy was when I was watching Buffy, when my secret wishful imagination was activated, and, without me even knowing it, Buffy Summers was becoming my inner template for femininity. Coming to that realization that night—the manifesto night—didn’t exactly make all the anger go away. But strangely, it did make me feel better. At least a little. It felt good to be Buffy.

Representation on television is a huge problem for many marginalized people. It’s starting to get better, but prior to the 2010s, transgender kids didn’t really get to see themselves on TV. Trans girls only ever saw cross-dressing male serial killers who liked to wear women’s skin as clothing; or, if not inhuman villains, tragic waifs whose fragile lurid existences were characterized only by victimhood, or sinister perverts who would trick men into sleeping with them. All of these types were invariably played with varying degrees of empathy and nuance by cis actors. Trans men and non-binary people, meanwhile, were more or less fully absent from television. This isn’t just about me and my feelings, either: poor media representation is a huge problem with devastating consequences. Trans people are four times more likely to be assaulted than cis people, and have high suicide rates when living in an environment in which they feel they cannot live safely and honestly as themselves (see: nearly everywhere). These are both issues of widespread stigma, and stigma is always bred in a vacuum of representation. Who you see on TV—who is being humanized, whose stories are made mainstream—has life or death consequences.

But clearly, that doesn’t mean that trans kids aren’t still figuring themselves out, even when they don’t have the words to do it. What was it that I was doing in front of that television, if not vicariously exploring my own slipping sense of gender in the guise of simple mimicry? Today, as I begin to step into this new identity, I can see the imprint that Buffy left on me when I was young, not just in the clothes I like to wear, but in the person I want to be: soft, fun, and flirty; strong, brave, and tough; vulnerable, kind, and openhearted. A defender of the innocent and a sarcasm machine. My closet was full of vampires, but I’ve finally thrown open the doors and let in the sunlight (which, as anyone who watched Buffy knows, incinerates vampires). There are more demons to fight, of course (not all the monsters are in my head) and I want to be ready to fight—for my life and for the lives of those who have not had the luck and privilege I’ve had. I want to fight the forces of evil the way Buffy always did, with a quip and a killer fashion sense. I think I’ve found the perfect dress to save the world.

Charlie Monroe is an actor, writer, filmmaker, and improviser based in Chapel Hill, NC. They are enrolled in Antioch University’s Creative Writing and Literature program. As an actor and performer, Charlie has acted in over thirty local and regional plays. Recently, they were cast in the series finale of CBS’s MacGyver, where they played the small yet undoubtedly crucial role of “Dad Bod.” As a writer, Charlie served as a story consultant for Mothorial, a fantasy webcomic currently publishing weekly issues. When they are not working on film content or studying for school, they are probably playing D&D, running their own D&D campaign, or listening to a D&D-based story podcast. Somewhere in there, they are finding time to write their first book. They live with their fiancé, their dog, and their cat.