Trending Now
You are at:Home»Features»Opinion»Can Terrorists Unite Us?

2015 has been a year full of fright and terror, starting with the Charlie Hebdo attack in January this year. As a Swedish student living in Santa Barbara, I have been following the news closely since the attacks started to escalate not many days ago, and I am worried about the future events that will occur. 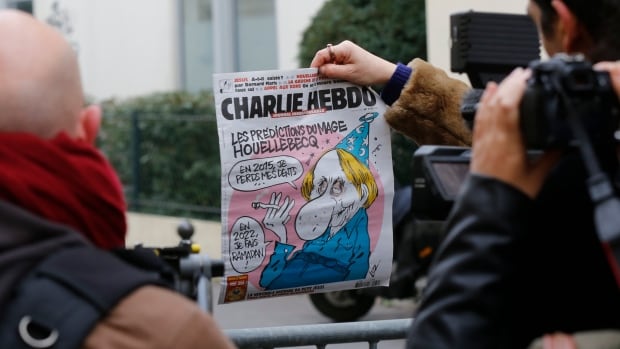 Charlie Hebdo, the newspaper, was attacked in January 2015

The civil war that started in Syria a few years ago is a complicated war to solve due to the number of parties that are involved. However, I do also feel that this event will also bring us closer together since the majority of the world are against the terrorist attacks of ISIS. The world is divided in countless cultures with different values, but having some sort of mutual enemy will create common ground.

A good example of an organisation that has grown outside of cultural borders is Anonymous. A large hacker group dedicated to do whatever they can in the cyberspace to make it difficult for “evil” organisations to take place. Hopefully, this group of anonymous hacker activists can become a catalyst of winning the war against terrorists, while the world silently establishes a common ground.

Only the future will provide an answer to how these acts of terror will have an impact of us, but in some ways the impact will be good.

Jimmy was born 1989 and raised in Borås, Sweden, a small city branded as “the rainiest city in Sweden”. As a future marketer, he thinks that the city of Borås needs a better brand image, but has bigger plans than to rebrand a small city. With interests in marketing, human behavior, and finance, he hopes that he can develop his own business in the future that corresponds with both with his interests, and the core value of helping people. On his spare time he likes to watch The Profit, follow his local soccer team, and have a beer with his friends.