Trending Now
You are at:Home»Current News»Community»Do I Really Matter? An Insight on the Impact of the Covid-19 Closures on our Homeless Population and the Importance of Human Kindness

I was at the tail end of what I will refer to as a psychological and emotional flu when suddenly, everything changed. The world had caught a flu, or the corona virus to be more specific. For some this outbreak was merely an inconvenience, for others a major disruption riddled with fear.  How does one survive a pandemic in a country with a broken welfare system while simultaneously struggling with mental illness, food insecurity, and unstable housing? Well, the answer is…together. By moving from “I am one” to “we are one,” we are more likely to open our eyes and act, eventually leading to a ripple effect and an impact. It all starts with simple awareness.

It was the beginning of March, 2020 and I had just gotten approved for a credit card. After a period of financial and psychological instability, I had finally found my way back into the economic machine and society. So what did I do with it? I checked into a cute little pet friendly Inn by the beach (with my cat). One might say that this decision was highly irresponsible and extravagant, insane even. But have you ever felt so claustrophobic and distressed that you’re willing to give up your left arm for a little bit of peace? Well that was the place I was in and where this story begins, the story of how I met Michael.

After a night of restful sleep by the fireplace I woke up with little to no regrets, ready for some continental breakfast and a bike ride. I wasn’t very hungry so I just had some coffee and grabbed some cereal, orange juice, and pastries and put them in my room for later. As I rode my bicycle around the empty streets of Santa Barbara, pedaling fast with the wind in my hair. I felt freer than I had in a very long time. I was settling down in my newfound sense of peace, cruising effortlessly through scenic parks and underpasses when I saw something odd. Not only were the restaurants and shops shutdown, but it appeared public restrooms and access to water were also being shut down. I looked around and realized that the few people scattered around me were dependent on these restrooms to meet their basic needs, and now they were locked out. 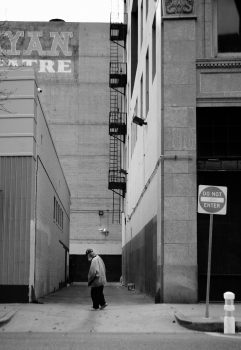 Photo by Max Böhme on Unsplash

When I got back to the Inn my mind started spinning… Just a week prior I had no access to food or money as my financial aid (scholarships and student loans) had been placed on hold. With little chance of timely resolution, due to administrational challenges resulting from the Covid-19 closures, I had to turn to credit cards. Opening a line of credit is hardly a good strategy for financial sustainability but it did allow me to eat, sleep, and feel safe in the moment. But what about those who have no lifelines left? Who is looking out for those without access to shelter, suffering from food insecurity during this pandemic? Did we just shut down society and forget about our neighbors whose lives and basic needs depend on access to public spaces and kindness of strangers?

I felt powerless. How can I help my fellow citizens when I can barely keep myself dry? All I could think of was sharing what I already had in the moment. In this case it happened to be the tiny hoard of prepackaged continental breakfast that had been accumulating on my desk, and 3 days worth of tiny shampoo bottles and soap. Upon checkout I had organized the items into several small care packages and headed downtown.

As I walked into the park I often visit during study breaks I couldn’t help but feel a little stupid. How exactly was this little box of odd items going to fix the problem? I knew it wouldn’t make a dent, but I wanted to make sure that they knew that they hadn’t been forgotten. I approached a woman in the park who seemed to be connected with many of the groups and individuals frequenting the park, explaining that I wanted to drop off some food and other items, and asking her for guidance. I was met with kindness and curiosity. As I placed the box down a man asked me if I had access to first aid. For the purpose of anonymity I will refer to this man as “Michael.” I just so happened to be carrying a mini first aid kit and walked over to give it to him. Michael showed me the wound on his hand requiring first aid and I quickly realized that he needed serious medical attention. What had started as a small prick by a toothpick had now turned into an infected wound the size of a quarter with the flesh beginning to recede. I asked him why he hadn’t sought medical attention and learned that he had in fact called and been rejected three times. This rejection had been motivated by prioritization of Covid-19 related cases and concerns. 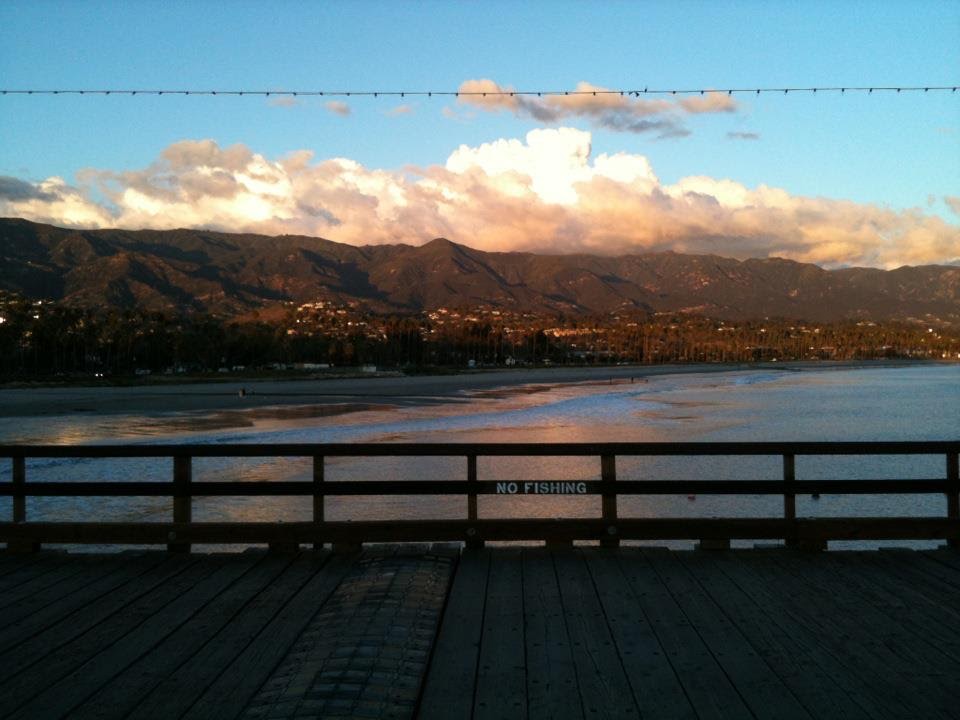 Without the support of the healthcare system Michaels’ friends started asking for and pooling leftover antibiotics and pain relievers so he would have a chance to slow down the infection and get through another day. I was baffled and found it difficult to wrap my head around the social injustice these individuals were facing in their daily life, let alone during a global pandemic. One word came to mind, disenfranchisement. 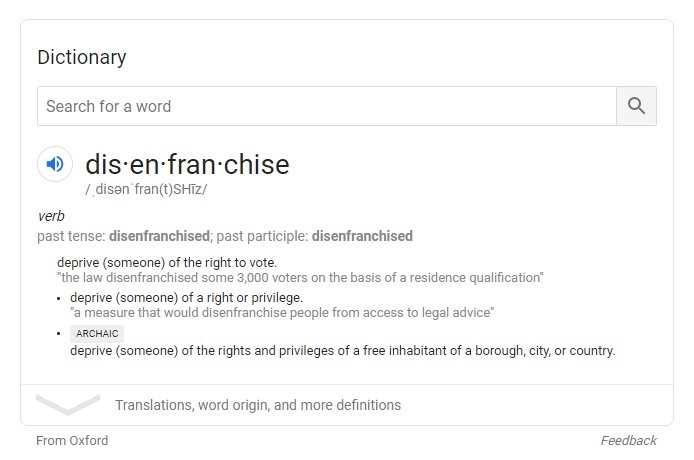 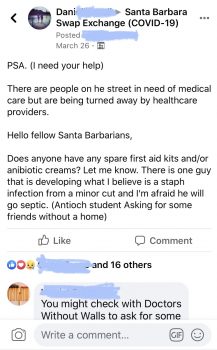 I left the park with a pit in my stomach and a fire in my heart. When I got home I rummaged through cabinets and closets only to scrape up a couple antiseptic wipes and a bandage. I then turned to social media, feverishly posting in community groups and starting a fundraiser asking for antibiotic salves, first aid kits, and water. The response was great, many sent links to organizations and resources to look into. But still I wondered, is this all we can do? Was this the end of the road?

Then something magical happened. A woman who had worked as an E.R nurse, or Angel nurse as I like to call her, volunteered to go see Michael to assess his wound and clean it for him. I couldn’t believe my luck, and her courage. The stay at home order had just been placed, but this woman understood the severity of the situation and wanted to help. I felt hopeful.

A few days later I returned to the park to let Michael know that I had found a nurse who would take a look at his wound but he was nowhere to be found. I asked his friends and they informed me he had been arrested at the pharmacy while buying Popsicles for the group. I didn’t know what to say. I Asked if they would attend to his wound and give him antibiotics during his arrest? They believed so. 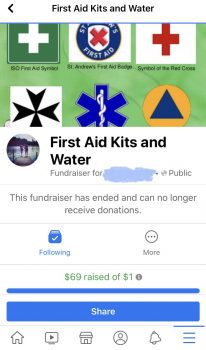 I called the Angel nurse to let her know about Michael’s arrest and thanked her for all the support she had provided. I had also purchased a serious first aid kit intended for those working in manual labor with the money raised in my social media fundraiser (Thank you aunt Ellen and friend Emelie for your donation) which I left with the gentlemen in the park.

We all exchanged numbers but have not been in contact since. Nevertheless, the people I met remain in my mind, and I feel compelled to retell their stories for as long as I can. If it hadn’t been for Michael, I would still be living in the false and helpless assumption that what I do as an individual to affect the system and help my neighbors, doesn’t really matter. But it really does. I matter, you matter, and he matters. We all do.

So what’s the problem? 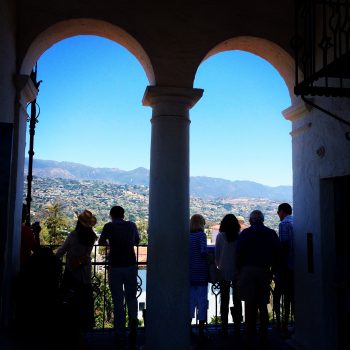 People without shelter often rely on the access to public restrooms to keep up with basic hygiene, this includes the ability to clean up wounds after being exposed to environmental challenges. Santa Barbara eventually acknowledged the impact the Covid-19 closures was having on the homeless population and installed 8 Porta potties and wash stations throughout the city. Is it a good start? Yes. Is this enough? No. The pervasive prejudice and disenfranchisement combined with the threat of a potentially deadly virus, limits the homeless population from equal access to healthcare and resources meant for all of us to survive.

When the system fails us, all we have is each other. That is why we have to constantly expand our awareness and ask questions, advocate loudly for those who have been disenfranchised, and show compassion and respect for each individual we encounter. You may not have time, or money, but a voice and a platform is all you need. Take advantage of any privileges you may have and use it to tell the stories of those who have been quieted. If this sounds overwhelming, please know that simple awareness goes a long way.

And this my friend, is why you matter so much. 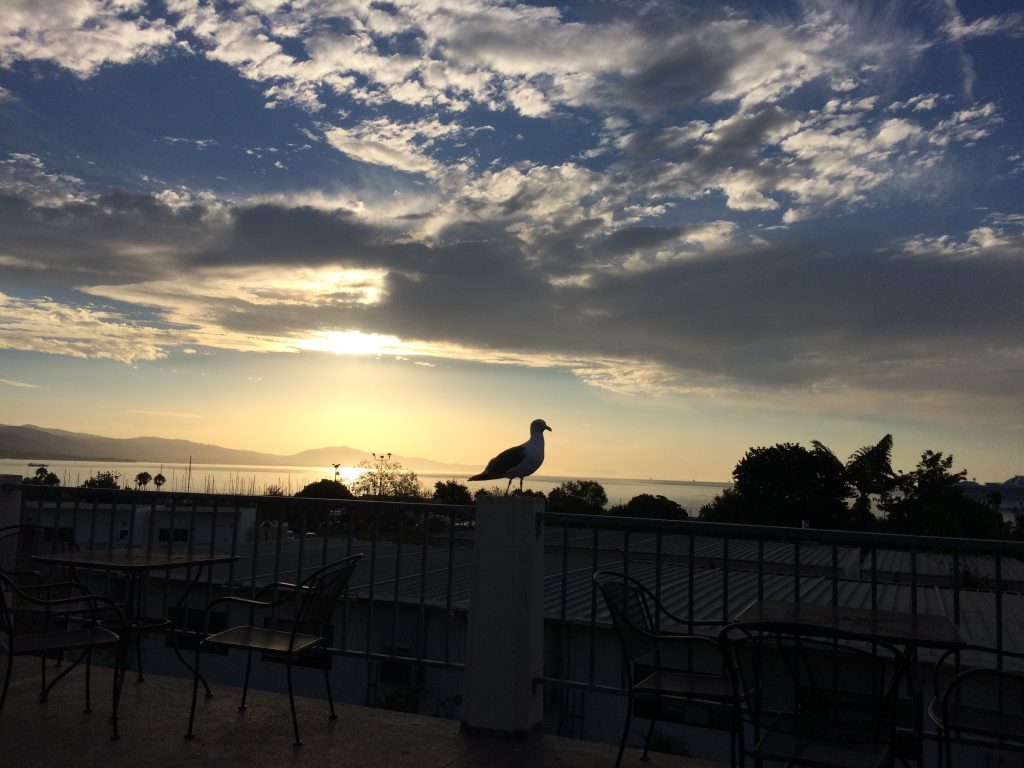