Trending Now
You are at:Home»Features»How Did This Happen?

Since the outbreak of the novel coronavirus SARS-CoV-2 there has been many reports of hate crimes towards Asian Americans, including racial profiling, harassment, and physical assault. According to the Asian Pacific Policy and Planning Council (A3PCON) and Chinese for Affirmative Action (CAA) more than 800 incidents have been reported from March through June in California alone. Many argue that this has, in part, been fueled by racist remarks made by our current president, Donald Trump in calling it the “Chinese virus” or the “Kung flu” along with accusing the Chinese government of concealment and deception. To shame and blame a single nation as opposed to global cooperation is not only unproductive, it can be dangerous; dividing nations and fueling hate crimes.

Why? Primarily deforestation and poor animal handling. How? Destruction of habitats brings wild animals closer to areas populated by humans. In order for a zoonotic disease, like the novel coronavirus, to infect a human it often requires an intermediate host serving as an incubator for the virus. Farm animals appear to be an exceptional source of incubation. Furthermore, many farm animals across the globe live in terrible conditions, such as cramped spaces and cages, which increases the risk of spreading the virus. The stress of living in these conditions lowers the immune response which causes the animals to become more susceptible to the virus.

Diseases that spread from animals to humans are referred to as zoonotic diseases, and this form of disease transmission has been linked to many well established disease outbreaks, both ongoing and historically. These include: HIV, Ebola, Influenza, Chicken-Pox, Cow-Pox, and The Bubonic Plague. However, the likelihood of these diseases being transmitted from wild animals to humans is small as the viruses have evolved to infect a specific species. That’s why an intermediate host is required. Jessica Pearce-Duvet, author of The origin of human pathogens: evaluating the role of agriculture and domestic animals in the evolution of human disease states, “Pigs and poultry may host the replication of both human and avian viruses, allowing avian and human strains to mix, and subsequently transmit strains containing avian genes back to humans.”

Wet Markets, where fresh meat, fish, and produce are sold, serve as a perfect breeding ground for viral development and transmission. Live animals may be kept in small cages stacked on top of each other allowing the virus to spread quickly. But proximity isn’t the only factor; the stress of living in cramped areas of a busy market lowers the immune response making the animals even more susceptible for infection. The novel coronavirus has been thought to originate from the Hua Nan market in Wuhan, China. This is why president Trump dubbed it the “Chinese virus” along with other degrading terminology. This type of rapport is dangerous, sparking xenophobia and discrimination of all people with an Asian background. It is also hypocritical, wet markets exist in many countries around the globe, including America. There are over 80 live markets operating in New York city, perfectly suited for a new epidemic to arise, it’s just a matter of time. California is no exception, there are over 20 live animal markets in Los Angeles alone where animals are slaughtered on the spot while living in deplorable and unsanitary conditions.

There has been a significant push to ban these markets in New York. State legislators introduced a bill (A10399) earlier this year that “prohibits the operation of establishments where animals and/or fowls are slaughtered or butchered for food.” Similarly, California has been taking steps towards limiting wet markets. A motion proposed by L.A council member Paul Koretz in June of this year urges the L.A city attorney Mike Feuer to assemble an ordinance that prohibits the sale of living animals for human consumption. However, these propositions are far from becoming realized. China, on the other hand, passed a bill in February of this year banning all trade and consumption of wild animals.

Deforestation and destruction of habitats increases the likelihood of viruses infecting humans. We are more likely to come in contact with wild animals carrying infectious diseases when their habitats are destroyed. When this occurs their access to food becomes limited and the space in which the animals live is reduced. This inevitability necessitates that these wild animals will come into closer contact with each other which then increases the chances of inter species transmission. The animals are then forced to look for food elsewhere bringing them closer to our farm animals. Bats for example, who happen to be excellent reservoir hosts for viruses and are thought to play a major role in the emergence of COVID-19, may take up residence in a barn, thus living in close proximity to farm animals. Although many viruses tend to originate from tropical forests it is important to consider how deforestation in North America may impact disease transmission. 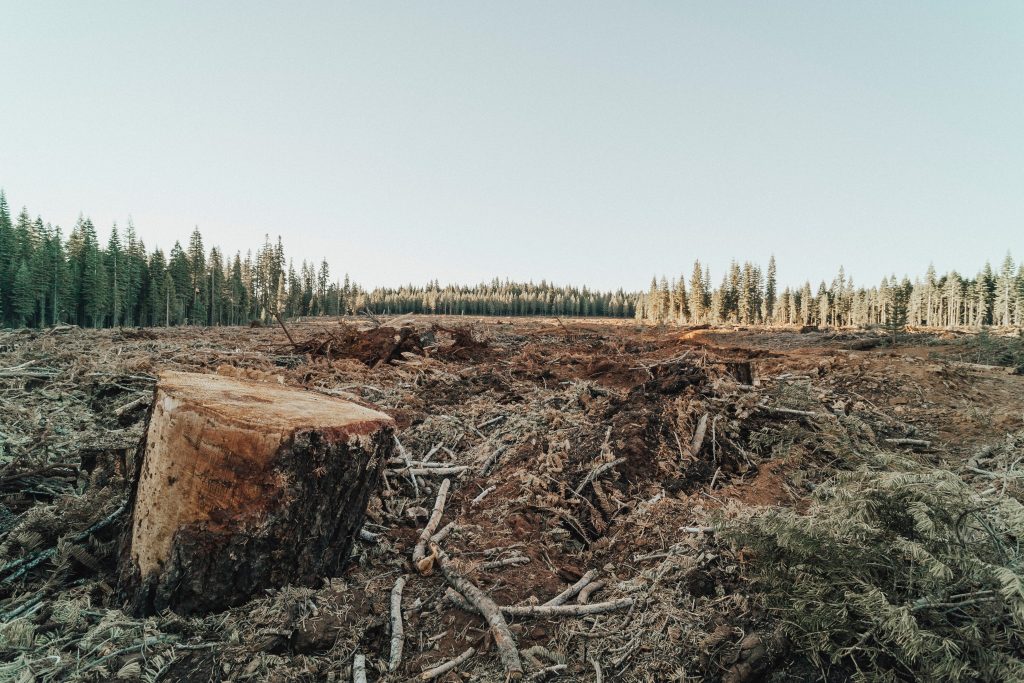 Needless to say, we all hold a role in the emergence of novel viruses by our extensive consumption of animal products, lack of environmental protection, and human-centric existence. The fact that this has now become a social justice issue in America casting blame on China and anyone of Asian origin is wildly misinformed and hypocritical. Maybe we should learn from each other and take action locally, focusing on shutting down our own wet markets instead of wasting time and money trying to police other nations. Especially when it harms members of our own population.