Trending Now
You are at:Home»Features»Opinion»This needs to stop! 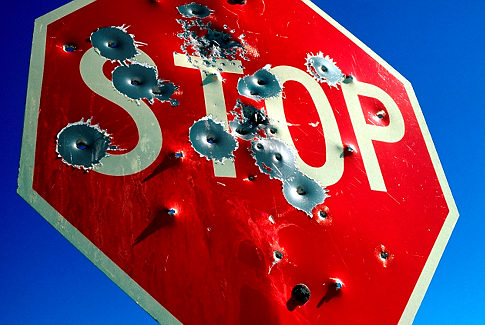 A reflection on last week’s violence

Last week, Micah Johnson killed 5 police officers and injured 7 others in Dallas. Micah Johnson was an African ex-military and law enforcement believes that he acted on his own. He apparently showed up at a peace protest against police shooting black people. He brought a sniper to this protest and deliberately shot to kill. During the attack, Micah Johnson told the authorities “he was upset about the recent police shootings” and “said he wanted to kill white people, especially white officers,” according to Dallas Police Chief David Brown.

If this information is accurate, this crime is and should be considered a hate/racial crime. Now, how did this happen and why is it likely to happen again? Well, according to me, on one hand, we have a situation where white police officers overuse their power, especially on African Americans. This has been going on for decades and a lot of people are fed up with it. On the other hand, we have an African American population that tries to stick together, and peacefully protest along with other Americans in order to make this violence stop. Unfortunately, certain individuals among those people intend to protest in a way that isn’t peaceful at all. Most of the time, these individuals are highly trained and have access to assault weapons. In the end, we have a combination of racial issues, high emotions, and assault rifles, which often ends in blood baths with casualties on both sides.

This isn’t the first time this happens and it certainly won’t be the last. To really understand this conflict, we have to go back to the time of slavery. Back when black people were white people’s slaves in America. It seems a lot of white families haven’t moved on from that time and it will take time before this is completely behind us. It usually takes up to 4-5 generations for a problem such as this to disappear. Right now, we are only 3-4 generations after and I believe we may have to wait another 20-30 years for this racial problem to be almost completely eradicated. Certain problems can only be healed with time. Now, the fact that guns are available to everyone doesn’t help. It is obvious to me that allowing just anyone to have access to assault rifles only aggravates the situation. It increases the amount of casualties by at least 5. A good way to calculate this is to compare the casualties from crazies in Europe and America. 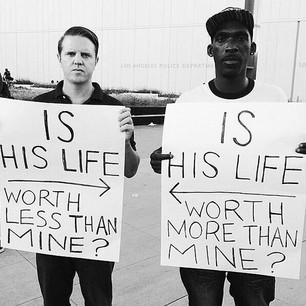 A reflection on our country’s violence

Contrary to what the pledge of Allegiance says, the United States has never been a place that provided liberty or justice for all. Despite the best intentions of those who founded our country, huge groups of our population we’re neither included nor considered in the creation of the country we inhabit today. Considerable progress has been made towards the equality of minority groups in this country, yet here we are, hundreds of years later, still fighting for the rights of these very same groups of people that were subjugated by the founding fathers.

Yes, all lives may matter, but the black lives, and any of the lives of minorities, are the one’s who have been degraded, oppressed, and threatened for reasons that “all lives” have not been subjected to, and that is why they matter more. Yes, many, maybe even most, cops are good, not racist, and risk their lives everyday to do a job that most of us could never do. That does not erase the fact, however, that there is an increase, or at least a new awareness, of police brutality that is unjust, unwarranted and unfairly targets black lives, and has gone without much punishment. Yes, guns might not be dangerous without the person behind them pulling the trigger, but what’s happening in this country is the trigger, and the easy access to these weapons make it impossible for us to ignore the existing hatred, fear, and inequality, because our communities are now largely being terrorized. We have a big problem today, and pointing fingers and blaming one group after another will not create a resolution, it will only continue the problem. Hate breeds hate, and violence breeds violence. It is so crucial at a time like this to separate the cause from the effect and see the big picture we have at hand. Just like Cameron Sterling so wisely called for, it is more important then ever that we find a way to unite despite differences of race, gender, sexuality, religion, political party and interests, in order to finally acknowledge, discuss, and deal with the inequality that has run rampant in our country for far too long.