Trending Now
You are at:Home»Features»Inducing fear: the rise of Boko Haram

UPDATE APRIL 28, 2015: Nigerian armed forces reportedly rescued 200 girls and 93 women from Boko Haram camps in the Sambisa Forest in North Eastern Nigeria. According to Military spokesman Maj. Gen. Chris Olukolade “the rescued girls and women are still being screened and none has spoken to their families yet.” It is not known yet if the rescued girls are the 200 schoolgirls the militant group Boko Haram abducted  April 2014 from the village of Chibok.

Shortly after the turn of the year, news about Boko Haram slowly made the round. The infamous militant jihadi group massacred hundreds, if not thousands, of people in the northern town of Baga. Who is Boko Haram? What are their beliefs? What are their intentions?

Who is Boko Haram? 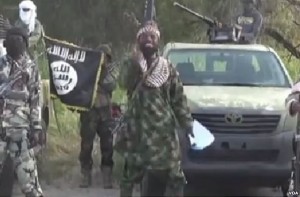 The militant group, founded in 2002 by Mohammed Yusuf, considers themselves the “People committed to the Prophet’s teachings for Propagation and Johad”. Under Mohammed Yusuf, the group rejected Western education and teaching, and even rejected the Darwinian Revolution. In an interview with BBC in 2009, Yusuf stated: “Like saying the world is a sphere. If it runs contrary to the teachings of Allah, we reject it. We also reject the theory of Darwinism.” Experts believe that Yusuf was more of an enigma. He got a Western education, is a graduate student, lives a lavish life, and even drives a Mercedes-Benz. For them, his lifestyle did not match his believes, ideology, and preaching. Yusuf died in police custody in 2009, sparking a wave of unrest and bloodshed. Following the same believes, Abubakar Shekau took over the leadership of the group, which counts nearly 9,000.

What are their beliefs? 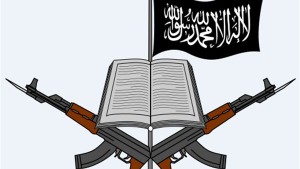 Since the founding of the group, Boko Haram is following strict Sharia Law. Sharia is the moral and religious code of the prophetic religion. Sharia Law is not only specific to Boko Haram, but also found in other Islamic states, namely Saudi-Arabia and Qatar among others. Under strict Sharia Law, flogging, stoning, and other hard punishments are allowed and often executed. Sharia also covers themes like politics, economics, religion, sexual intercourse, diet, prayer, etc.

Next to Sharia Law, Boko Haram is considered to follow the belief of Wahhabism, often to be considered an ultraconservative and fundamentalist movement. According to the Encyclopedia of Islam and the Muslim world, Wahhabism is

“a conservative reform movement … the creed upon which the kingdom of Saudi Arabia was founded, and [which]has influenced Islamic movements worldwide”.

Wahhabi mission is to spread pure Islamic belief throughout the world, and for Boko Haram, this is trough violence and fear. Closely related to Wahhabism is Islamic fundamentalism, and some experts seen Wahhabism as the most fundamental and strictest form of Islam.

Boko Haram is also considered by many to be a Salafist-jihadi group, which is a violent and offensive Salafi movement. According to Gilles Kepel, these movements feel that the “jihad in the form of violence and terrorism was justified to realize their political objectives”. “Through jihad, they wish to extend the Muslim world so that all of humankind can live under its umbrella”.

Where are they located and what are their intentions? 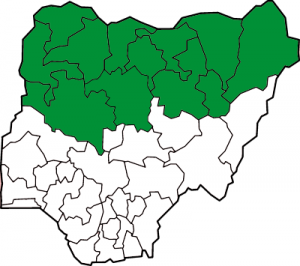 The Salafist-jihadi group is mostly located in northern Nigeria, poorer regions of the country with no much governmental control or influence. The most affected states are Yobe, Adamawe, and Borno. Since 2009/2010, the fundamentalist movement of Boko Haram has been terrorizing these areas, which count approximately 12 millions people. The movement also operates in an area that borders not less than three other countries: Niger to the North, Chad and Cameroon to the East.

The radical movement’s goals are to impose strict Sharia Law to the whole region, overthrow the Nigerian government and create and Islamic State. Their actions are considered similar to the ones of ISIS, and so are their ideas of the creation of an Islamic State. Being active, mostly peacefully for 7 years, violence surged in 2009 with police raids and arrests of known Boko Haram members. Some of them were arrested under suspicion of terrorism and planning terrorist attacks. In July 2009, more than 700 people, mostly affiliates to Boko Haram died, one of them was their leader Mohammed Yusuf. The Maiduguri prison break in 2010 saw the group free over 100 members along with other prisoners. From that point out, terrorist attacks and Boko Haram raids in the North became more frequent. 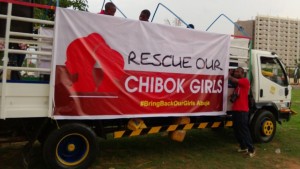 Campaign truck for the 276 kidnapped girls

Since the surge of violence, Boko Haram militants killed several thousand people, and induced fear into the whole region. In 2014 alone, organizations reported that over 650,000 people got displaced due to the conflict. Boko Haram made the headlines in April 2014, when the group kidnapped 276 schoolgirls from Chibok, Borno. The incident sparked international anger, and also brought back more attention to the region. The #BringBackOurGirls was huge on social media, and even had support from UN General Secretary Ban Ki Moon and the First Lady Michelle Obama. Unfortunately, like with many social media campaigns, the buzz ebbed, and not much was to be heard of the incident again. Out of the 276 schoolgirls, 219 are still missing in Boko Haram territory, and little movement in the case happened since October.

Unfortunately, the kidnapping was not the only sad news that reached the World in the last 12 months. Boko Haram raids increased over the last year, with more violence, bloodshed, and attacks than ever before. Even thou the Nigerian government announced a cease-fire in October 2014, and hoped for the imminent release of hostages, little happened in the situation, and Boko Haram leaders did not know much about a cease-fire. Over the same time frame, attacks happened in neighboring countries, especially Cameroon. In 2014, the wife of Cameroon’s vice-president was kidnapped along with 10 Chinese workers, but later released. 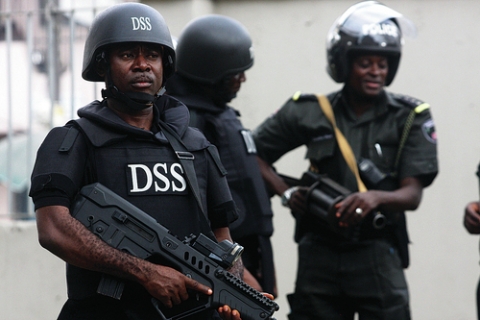 One of the deadliest attacks yet happened early 2015, when Boko Haram militants attacked the city of Baga, occupying the town and burning huge parts of the city. Satellite images published later show the extent of the destruction, as huge parts of the town were destroyed. Baga was already victim of fights in 2013, when Nigerian Security forces and militants fought in and around the city, killing 185 people. Between January 3 and January 7, the bloodshed reached an all-time high, with as many as 2,000 people presumed dead. The bloodiest attack in Boko Haram history left Nigeria in fear of more attacks, and also made Cameroon, Niger, and Chad mobilize its armies to secure the border. For many, Nigeria alone seems unable to control and limit the attacks.