Trending Now
You are at:Home»Features»Opinion»Life From a “Bullies” Perspective

As a dog owner you always wish the best for your dog, but it becomes a challenge when your dog is viewed negatively for no apparent reason. 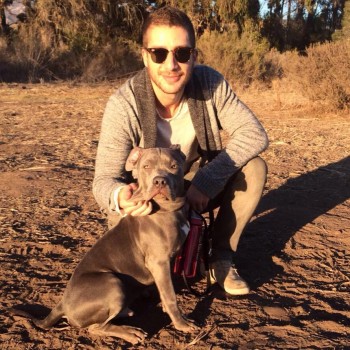 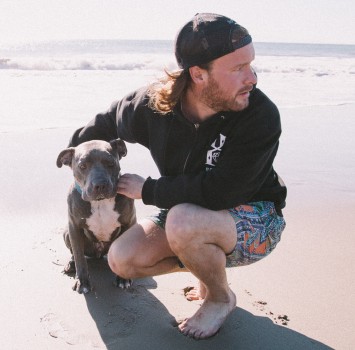 As proud owners of our “notorious” blue nose Pit Bulls, we want to address the continuous problems dog owners of larger breeds run into, especially regarding Pit Bulls. No matter where in Santa Barbara you’re located, you’ll always see dogs of different breeds, colors, sizes and attitudes. Santa Barbara is the ultimate location for a dog and their human due to the natural setting and dog friendly atmosphere. 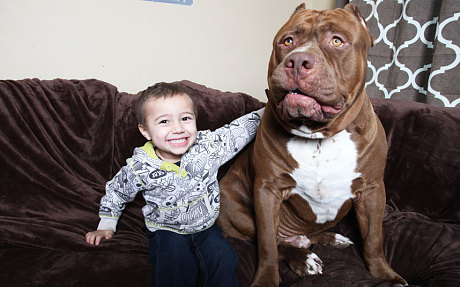 175 pound Hulk made headlines as the largest family Pit Bull on the planet.

Finding a pet friendly apartment can be challenging. Several apartments make strict exceptions for dogs of small sizes, but many have zero tolerance towards larger dogs. Many apartment do not allow big  breeds such as Pit Bulls, Boxers, Rottweilers and Mastiffs.

The reason for this being is primarily because of the insurance companies. Dog bites are the most common complaint occurring on homeowner policies and therefore it becomes the largest issue that insurance companies deal with. This stereotypical profiling towards large dogs has almost become a norm for apartments to discourage customers with Pit Bulls as they claim that “Finding an apartment that allows pit bulls is next to impossible”.

“Owning a Pit Bull and have to rent, you might not have any other option but to find you Pit Bull a new home” – Executive Property Management

It is also a hustle to be a Pit Bull owner when it comes to traveling with our four legged friend. Most airline companies will not accept them; being considered a dangerous breed. Which can be true but this depends more on the owner than the breed itself. Once the dog is in a cage, it can be a Pit Bull or a golden retriever, it does not make a difference. 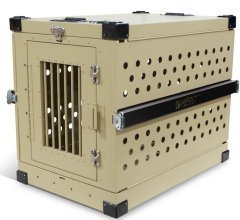 Is this really necessary?

Your Pit Bull will be treated like a tiger or a cheetah, while he is smaller than a labrador. It is comparable to former racism where certain ethnicities would be denied to travel, for “in the air safety”  because they have the reputation to be violent. We don’t mean to sound naive by using this example, but it is just frustrating to see most people being charged from $125 to $250 when they want to travel with their pet.  Your Pit Bull’s trip will be more expensive than your own ticket. If unlucky, he/she won’t be flying at all if you can’t find the appropriate airline. 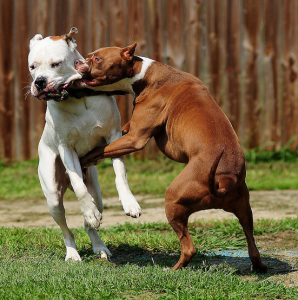 This is how many people view Pit Bulls.

If the country you are traveling to prohibits them such as our home countries of France or Sweden; Pit Bulls would have to be muzzled in public places. Finding an apartment to live in would be the same nightmare as in the U.S.

So why do certain dog breeds have such a fearsome reputation? The American Pit Bull Terrier for example, is a perfectly built athlete machine with one of the strongest jaws in the dog world. They also have very distinct psychological characteristics, and the most noticeable one is their determination. Their determination ones gave Pit Bulls the nickname “nanny dog” because of their loyalty and assistance as family dogs.

Their athletic characteristics and determined mindset is also very misused in the black market dog fighting industry.These dogs are trained to become ruthless warriors and so attacking becomes their natural mind set, no different from raising a human in a violent manner. Rehabilitation is always an option. 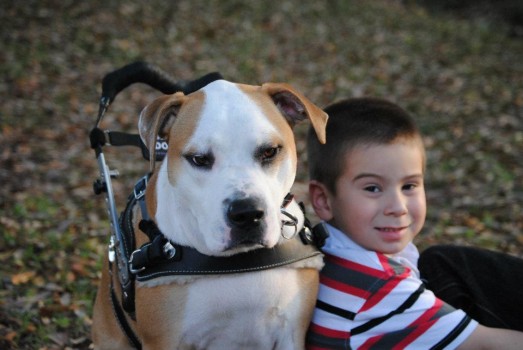 You have to be a Pit Bull fan to have one, considering all the difficulties they can bring to your life. Walking down the street can become a problem, some people will even change sidewalks or act scared when the dog is unleashed.

With that said, it is not the breed that determines a dog’s friendly or aggressive behavior. It is the owner’s responsibility to make sure that their dog is suitable for their surrounding atmosphere and environment.

This discrimination toward Pit Bulls and other larger breeds has to stop! It is true that they have a bad reputation, strongly supported by the media, which is mostly due to humans using them for violent purpose.

If you normally raise a Pit Bull from puppyhood, like you would with any other dog, it has no reason to be violent. Just like with kids, it is all about education!