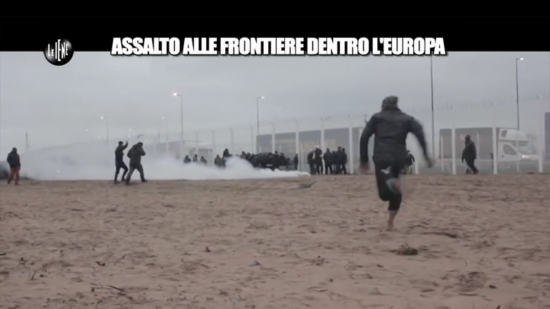 Young immigrant running toward the fences.

This leads immigrants to be forced to try to reach United Kingdom in illegal and dangerous ways that often result into injuries and death. In fact, from Calais there are only two ways to reach England – by boat or by the Eurotunnel, which is a 31 miles long tunnel beneath the sea that is used only by trains.

Immigrants in Calais have created a sort of town within the actual city that is called The Jungle. There 8000 people, from children to elders, live together either waiting to get legal passage to UK or trying to cross illegally the boarder. 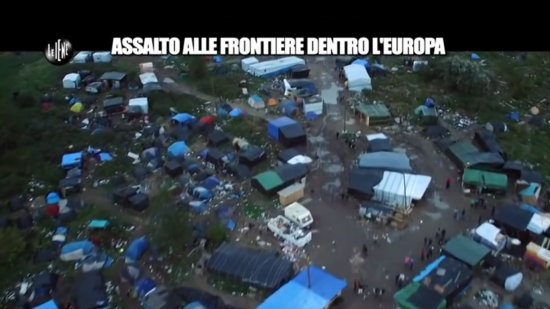 The Jungle is composed by a multitude of barracks and tent where people sleep, eat, and even try to make business. In fact, in the Jungle immigrants have also created a sort of little economy system which includes: little shops, restaurants, churches, and even barbers. 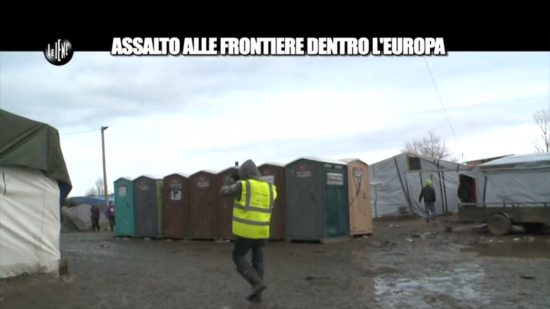 Obviously the Jungle doesn’t have proper facilities such as restroom or clinics and this brings people to live in a very unhealthy environment. In fact, throughout the Jungle is full of puddles that contains every sort of germs that consequently end up in the water’s pipes which bring the water that those people use to drink, wash, or cook with.

Furthermore, because ambulances cannot access the Jungle the many who get injured from police or sick by the horrible environment they have to live in are forced to be cured in made up clinics by other immigrants who may or may not be doctors.

Who lives in the Jungle claims that the secret to cross the boarder is to be alone because larger groups attire police’s attentions. In fact, French cops are constantly supervising the entire perimeter of the Jungle in order to keep immigrants from running away – often by using excessive amount of force such as tear gas or plastic bullets. 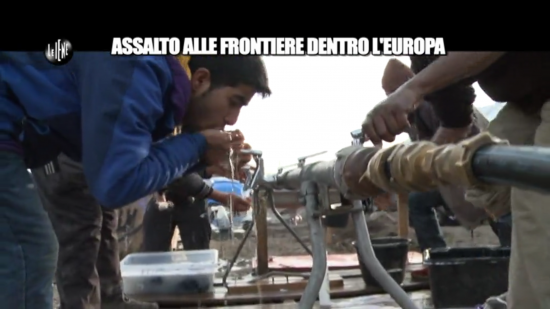 However, surprisingly every ethnic group have different rules that have to obey in order to not be punished by the traffickers. For example, Syrians can only try to reach UK by running after lorries and jump on them while on movement, while Afghans are allowed to try to get into parked lorries and then wait until they leave.

However, for the few who still have money left the passage to UK is very easy – all they have to do is to pay $13,000 to traffickers. Let’s not forget that for the most of us to reach London from Calais will cost approximately around $50. 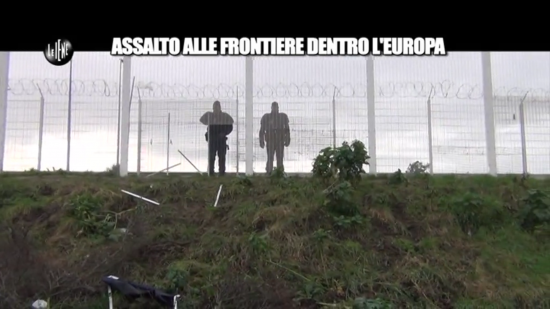