Trending Now
You are at:Home»Features»The Human Faces of Climate Change

Tuvalu is estimated to be the first country to drown into the ocean. 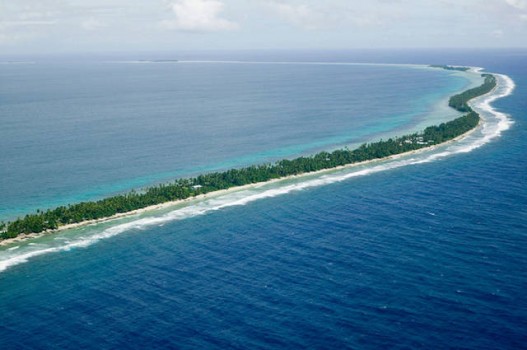 Many of us have the perception that climate change is about saving the polar bears, but have you considered how long the human race is going to survive on this planet?

It is hard to imagine that someone would run from a place with a beautiful coastline, palm trees and mangroves, but the climate change has left the citizens of Tuvalu with no choice; warm ocean temperatures are eating away the coral reefs forming the country´s spine. The exotic island now sits only two meters above sea level and experts have given the country approximately 30 to 50 years left before the whole country is washed to the sea.

Tuvalu is one of the smallest countries in the world  with  a total land area of 16 square miles and is located in the Pacific Ocean, midway between Hawaii and Australia. Even though it is considered to be one of the world´s countries most susceptible to climate change, it has a population of about 11,000. 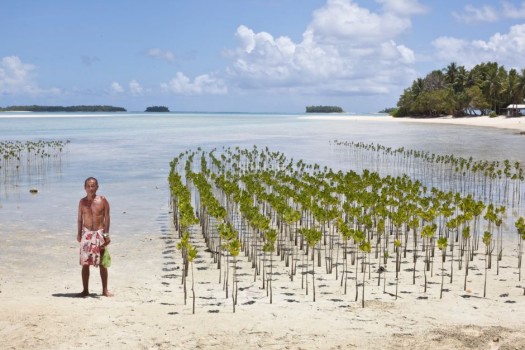 20 years ago the island used to be filled with threes and life, but the changes are happening fast. Just after a month the habitants can observe changes on the island´s spine which it is now part of the Pacific Ocean. It is almost as if the island never really excited;  only a tiny strip of land is left.

For the residents of Tuvalu nature is no longer a friend, but an enemy. Climate change has made life at Tuvalu very difficult; inundations occur frequently which has caused costal erosion and made it hard to grow food and the rainfall providing most of the drinking water has become unreliable. The island has frequently been exposed to tropical storms and between 1990 and 2005 thirteen tropical storms, hurricanes or cyclones stroke.  The country has few natural resources to export and the economy is nothing to brag about. Its gross domestic product depends on the sale of the countries internet domain suffix, .tv.

Many people around the globe believe the issue on the island is caused by burning fossil fuels which release carbon dioxide into the atmosphere and contributes to global warming. I think it is time we think twice before we leave lights on around the house, drive to the store just a few blocks away or take long showers.

What happens when a country drowns?

Even though climate change has made life impossible on the small island it is hard for many of the residents to immigrate legally; the 1951 United Nations Convention does not see it as a valid reason to get a refugee status. Many Tuvaluans find themselves arguing beyond the convention in order to leave the sinking island. 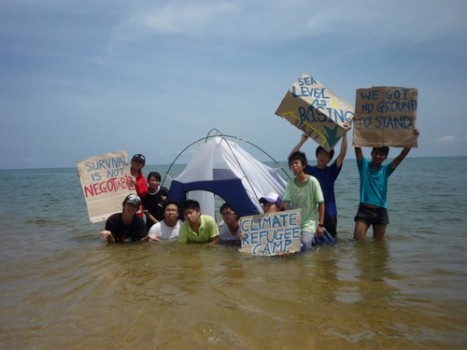 Survival is not negotiable for the residents of Tuvalu.

Most of  the younger population has already been sent away to earn a proper education. Many parents are worried and do not want to wait any longer before they leave and about one-fifth of the citizens have escalated already. Most of the refugees are bound for New Zealand where the Tuvaluan community has tripled the last two decades.

What is happening in Tuvalu is a lesson on more ways than one; the fact that someone has survived under such circumstances for so long, is a testimony to human resilient and the ability to meet your needs under extreme circumstances. There is also a lesson towards how little things needs to change before we shift beyond the point of being able to hold on to our ways of living.

The dwellers of Tuvalu are not the only one facing the risk at loosing their homes to climate change. The estimates of forth 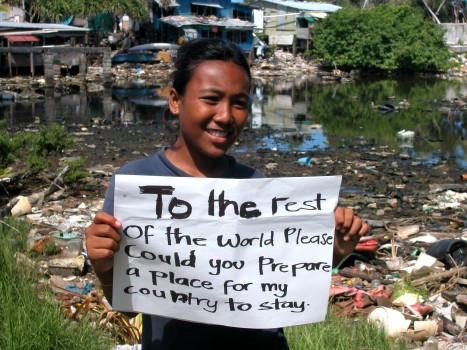 coming migrants vary from tens of thousands to one billion, but there is without question an increase of climate refugees is in our future.

Environmental Justice Foundation´s climate campaign focuses on the need for climate justice and protecting climate refugees in a changing world. Help the residents of Tuvalu and other climate refugees by donating, sign a petition or learn how you can reduce your energy consumption.