Trending Now
You are at:Home»Features»Social Justice»The Inequity of the American Workforce

It’s a frustrating time to be a worker in the United States, and a strange time. Workers are more productive than they have ever been, profits are reaching new, impossible highs seemingly every quarter. The economy is, by every measurable degree, booming. So why does no one have any money? Why are these record-shattering profits not being seen by the people generating them?

Here are some facts: the federal minimum wage has not risen since 2009, while the cost of housing, healthcare, education, and living has all risen sharply. And that’s just the minimum wage. Wages overall have been stagnant for an almost unimaginable length of time—about forty years. According to research by the Pew Research Center, “today’s average hourly wage has just about the same purchasing power it did in 1978.” Meaning that while the price of everything has gone up, people’s buying power has not risen along with the costs. That is not the end of it, however. Not only do modern jobs not pay very well, they also just plain suck.

The average quality of American jobs has sharply declined, with contract positions replacing many more stable, salaried positions, and a persistent sense of insecurity hovering over most American blue and even white collar workers. Teachers, social workers, even nurses are being forced to take second jobs to make ends meet. 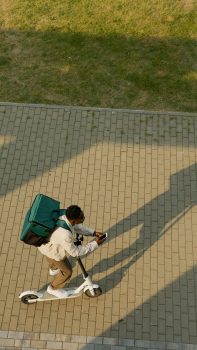 One nonprofit worker I spoke to started driving Grubhub in the evenings to supplement his $19 an hour salary, five dollars less than the minimum needed to afford a one bedroom apartment in his city. This is a familiar refrain for aging millennials. At ages when their parents were buying houses, many young professionals cannot even afford an apartment on their own. Another office worker I spoke to, an administrative assistant, who asked to remain anonymous for fear of repercussions from their company, revealed that they were also struggling to make ends meet, and frustrated by what they believed to be unreasonable expectations from companies currently hiring. They mentioned they had not had a raise in two years, not even to keep up with cost of living. As for the option of seeking work elsewhere, they told me about what seemed like an endless slew of jobs in their field paying $18 or less, asking for 5+ years of experience, and even college degrees. They felt that no one was willing to pay a reasonable wage.

This begs the question, why? Why has job quality in the United States degraded so drastically, and why have wages been so depressed for so long? Why are all the jobs so undesirable? How did this state of affairs come to be? The simple answer is Reaganomics, and the lingering specter of the massive labor and business deregulation that started in the 80s. The detailed answer is a uniquely American mix of politics, stubbornness, and unchecked corporate greed. I say uniquely American, because almost no other nation approached the minimum wage the way the United States does.

While many countries automatically review their minimum wages every few years to keep up with cost of living, the United States simply… doesn’t. The result is a minimum wage that has not budged since 2009, despite the fact the costs of housing, medical care, education, and basic amenities have all ballooned.

Some claim that it is simply the whims of the economy keeping wages at a standstill, but this is not born out in the data.  A recent paper by the Economic Policy Institute emphasized that “inevitable economic forces” are simply not enough to explain the disconnect between productivity growth and wage growth, and identified six key factors in what they call not wage stagnation, but suppression. One, failure by the federal government to control inflation and to respond effectively to recessions. Two, the outsourcing of lower-rung positions to foreign contractors, which destroys US jobs while protecting company profits. Three, weakening unions. Four—closely related to three—poor enforcement of labor standards. Five, increasingly hostile employee contracts. And six, shifts in corporate structure that concentrate both power and earnings at the top.

This is only the smallest glimpse into an issue which is shaking the American labor market down to its core. Among the people I spoke to, and evident in a slew of social media posts on the topic, and dozens of think pieces like this one, there is a simmering resentment among blue collar and low-rung white collar workers. A sense that the system is not only stacked against them, but actively out to get them. This is not paranoia. This notion is backed up by the data. Backed up by institutions whose whole purpose is to understand the state of the economy. American workers seem more aware of their plight than they have been in a long time, and many share the sentiment that they’ve had just about as much as they can take. It’s time for something else to give.

Truth Venson is a twenty-something escapism enthusiast who is either a current student, or a recent graduate, of the Creative Writing program at Antioch University. They have had short fiction published by Riverside Press and Nature Held Me Close Magazine, and nonfiction featured on Cracked. Truth currently lives in Portland with their loving fiancé and very small, very mean cat. They are about ten sentences in to their very first novel, which is about sea monsters and evil lesbian pirate cultists. A neat summation of all of Truth’s interests. When they aren’t researching 16th century eel fishing, or writing about 16th century eel fishing, Truth enjoys hiking with their partner. Stopping to point out every weird bug, which their partner hates.