Trending Now
You are at:Home»Features»Social Justice»The New Face of Homelessness

American seniors are facing an unplanned retirement they could have never foreseen, life without a home. Many times, when we think of homelessness, we think of images of people suffering drug addiction or mental illness, veterans with PTSD, and teen runaways. However, there is an increasingly new face to the homeless population. It’s your grandma.

Seniors are increasingly joining the ranks of the homeless through no fault of their own. Four triggers set seniors on a cascading fall toward eviction: medical care, drug costs, housing costs, and lack of timely efficient assistance. People who should be living out their golden years enjoying life after all of their hard work are finding themselves ignored, jumping through hoops, and left without a place to call home. Statistics show a growing number of seniors are experiencing poverty.  Women are finding themselves entering the homeless population more than men with the highest number being women 80 years and older. Can we protect ourselves and our loved ones from this cruel end?

The percentages of senior men and women in poverty differ noticeably.

As an executive director of a federal program for seniors, I see more women dealing with poverty than men. Jeannie, one of my program’s volunteers, is an 88-year-old widow on a limited income who was doing fine until she suffered a medical issue that sent her to the hospital. Since Medicare only covers part of the cost, and she cannot afford supplemental insurance, Jeannie is responsible for the remainder of the bill. Additionally, the issue caused an increase in medications that only a portion of her Medicare coverage pays. On top of that, her rent increased from $725 to $1,300 dollars a month. Jeannie’s income has not changed and yet she must come up with the additional funds to pay for the increases. It is not easy for an 88-year-old woman to just go out and find a job.

Notre Dame’s Wilson Sheehan Lab for Economic Opportunities (LEO) conducts research on the effects hospitalization has on poverty. They found that seniors tend to have more medical problems, and being low income increases the risk of suffering a major health problem which increases hospital stays.  While Medicare helps, it is not free and supplemental plans can cost up to $500 a month. According to LEO, beneficiaries are responsible for at least $1,300 of their hospital bills and 20% of the physicians’ bill. This kind of bill for one visit already makes living difficult. Imagine what would happen with multiple visits within a week or a month. The situation makes it almost impossible for someone with a fixed income to ever get out of poverty.

A 2017 report from the Commonwealth Fund finds that the average Medicare beneficiary spends over $3,000 on out-of-pocket medical expenses each year. And today, 45% of Medicare beneficiaries have incomes below 200% of the federal poverty level.—LEO

Jeanne was still paying out-of-pocket expenses from her previous hospital bill when she woke up one morning and could not feel her right leg and was unable to walk. Her friend wanted to take her to the hospital. Jeanne was in debilitating pain and started to cry but refused to go because it would increase an obligation she was already having difficulty paying. The level of pain became so bad that she relented and her friend took her to the hospital. Doctors found she had slipped a disk in her back that will require surgery adding another burden to her already stretched income. 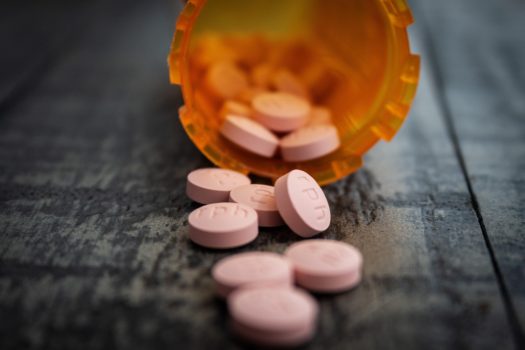 Ever-increasing prescription drug prices are another obstacle for seniors. Kris Van Cleave’s report for CBS News reveals how congress is trying to curb the high cost of prescription drugs. While congress says that curbing high prescription drug costs are a priority and that they are doing everything they can to help, there seems to be a shortfall. Many members of congress are receiving campaign money from pharmaceutical companies.

Congressman Scott Peters, a Democrat, received nearly $130,000 from the industry this year, according to OpenSecrets.org data. One hundred thousand dollars has been donated to Democratic Senator Kyrsten Sinema this year. Senator Robert Menendez, also a Democrat, has taken nearly $80,000 in 2021—CBS

CBS asked Senator Robert Menendez about receiving the money and how it reflects his position on helping curb prescription costs. His response was, “Bottom line is I’m supporting a price negotiation bill that has been worked out. What I’ve said since the very beginning of the discussion, how do we ensure that consumers at the counter get relief?”  Jeannie is taking a prescription that is vital to her survival. With the addition of her new prescriptions, she will have to make a choice. Does she buy food or does she buy medicine? The pharmaceutical companies will continue to fight regulation at the expense of seniors who need their products.

Authors Joanne Samuel Goldblum and Colleen Shaddox document numerous causes of poverty in their book Broke in America Seeing, Understanding, and Ending U.S. Poverty. They tell heartbreaking stories similar to Jeannie’s of numerous Americans losing their homes or being on the verge of becoming homeless and the tough choices they have to make in order to survive. The book reveals the uneven housing policies that are forcing many people out of their homes.

Jeannie is facing these uneven policies also. While dealing with her medical situation, Jeannie’s landlord informed her that he is raising the rent on her low income-apartment because he has made upgrades to the facility. She was given only two months’ advance notice of this change. In the state of Idaho, this legal requirement is her only protection against immediate eviction. Jeannie faces the impossible task of trying to figure out how to pay the increase in her rent on her limited income or find somewhere else to live in an already crowded low-income housing market.

Goldblum and Shaddox report that assistance programs like the Department of Housing and Urban Development’s Section 8 (HUD) and the mortgage interest deduction (MID) are not enough. Funding has been severely cut to the HUD program, thereby limiting its ability to provide assistance to those who need it. MID supports upper-income individuals because they are more likely to receive its benefit through the use of itemized tax deductions.

Housing should not consume more than 30 percent of a household’s income. More than forty million Americans pay over that and nineteen million pay more than 50 percent. —Goldblum and Shaddox.

The rise in rent will consume well over 30 percent of Jeannie’s income, leaving her to try to figure out how to live on the remaining $200 a month. Jeannie went to her local housing authority and Health and Welfare for assistance. She was told that she could not receive the full amount of assistance needed because she owns property and has a life insurance policy. The property in question is a burial plot next to her deceased husband that she should not be expected to sell. The life insurance policy was purchased to provide for her mentally disabled daughter, whom Jeannie is the sole caretaker of after Jeannie passes. Jeannie, like so many other seniors, is running into insurmountable obstacles she has no control over. Jeannie is faced with tough choices she never thought she would have to make at this point in her life. Without help, Jeannie will fall through the cracks. What is to say this won’t happen to our grandparents or even ourselves as we reach age 50 and beyond? 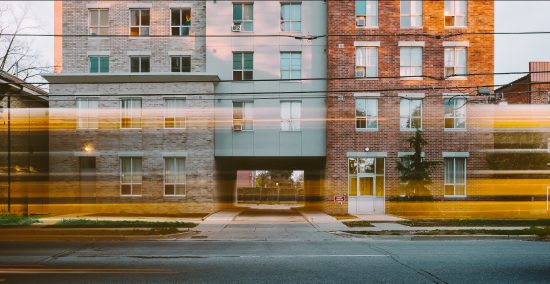 Our best chance to help seniors and ourselves according to Goldblum and Shaddox and the Housing Summit is to make sure that communities zone for affordable housing. You can help by joining or running for your local planning and zoning commission or bringing awareness to your planning and zoning commission by informing them of the federal Housing Development Toolkit that shows communities how to create housing-friendly regulations. Additionally, you can fight for lower prescription drug costs, curb medical costs and support subsidized housing, and close loopholes for assistance by contacting congress and telling them it is their responsibility to fix these deficiencies that benefit the rich on the backs of the poor. If they won’t, vote for someone who will. It feels like we are powerless but we do have the ability to shape the policies of our country by educating ourselves and supporting those who can elicit real change.

Featured photo by ev on unsplash.com

Tammy L. Bartlett has over twenty years of experience in the social justice sector helping to educate the community and helping to alleviate poverty. Tammy is currently the Executive Director of AmeriCorps Seniors of Idaho, a federal program that helps low-income seniors. Tammy collaborates with other social justice programs to help fight against poverty. Additionally, she works as a grant proposal writer for non-profits and artists. Her awarded grants have helped the homeless, veterans, animals, and hospitals. Tammy’s previous work included working as a research analyst for the Department of Defense and as a young adult librarian. Tammy was a regular contributor for the Idaho State Journal and Portneuf Valley Parents magazine where she wrote about issues and events in the community. Tammy attended Fort Hays State University’s grant writing program and is currently finishing up her Liberal Arts degree in Creative Writing at Antioch University.