How is Big Pharma responsible for what your doctor prescribes, a controversy where Uncle Sam’s currency challenges the Hippocratic Oath.

A prescription drug is a pharmaceutical drug that legally  requires a medical prescription to be dispensed. The key word here is “medical”, because while pharmaceutical companies spend over $4 Billion a year in direct consumer marketing (advertising on every media, promoting from migraine relievers to eyelash grower); they actually spend $24 Billion in marketing to doctors! 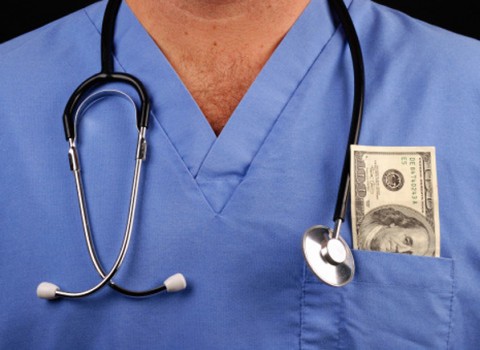 “Ask your Doctor!” We pay him! 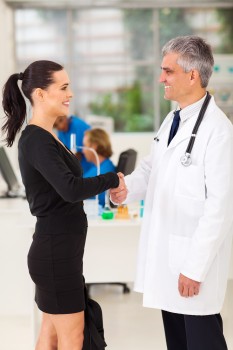 “With no real medical knowledge, the sales rep mostly rely on a big bright smile, bribes and free lunches”

Pharmaceutical sales representatives approach doctors asking if they want to be “thought leaders”, or get speech money to prescribe or advertise drugs to others. The “pharma sales rep” cliché is an attractive person bringing free lunch to doctors to promote their new pills, but now a days they mostly offer a commission to doctors on the drugs they will prescribe. And when facing ethics or unwillingness, the sales rep can also bribe the doctors already working with them, to promote the drugs directly to their colleagues, doctor to doctor. Once they agree to work with the pharmaceutical companies, they are controlled by the pharmacies databases, revealing how many pills were prescribed, and by who. That way drug companies know exactly how efficient each doctor is, or if they promote the competition’s pills.

It is clearly unethical starting from the fact that we trust doctors to give us the drugs we need, and not the one making them richer. When celebrities promote a soda, we know they are getting paid to do it, it is not the best drink, the one they necessarily would recommend, or even drink. So when we go see a doctor, we should have access to the information, weather or not he is receiving money from the pharmaceutical company making the drug he prescribed to us. It is now possible since The Affordable Care Act , which allow American citizens to get information about their Health Care providers. The governmental website “OpenPaymentsDataCMS.Gov” host more than 600 000 doctors profiles, giving you access to “who is getting what from who”. Check out your personal physician!

We can blame the doctors for taking bribes, but a lot of them are ethical, lets not make a generalization here. Pharmaceutical companies are more to blame, their sales representatives don’t hesitate to play nice or lie about the benefits of their products.

“It is my job to figure out what a physician’s price is. For some it’s dinner at the finest restaurants, for others it’s enough convincing data to let them prescribe confidently and for others it’s my attention and friendship…but at the most basic level, everything is for sale and everything is an exchange.” Sales Rep

However they are paid on commission so it feels legitimate for them, to make as much sales as they can. A “maximum profit” spirit, with the conviction  they are helping the patients, giving them access to the appropriate drugs. 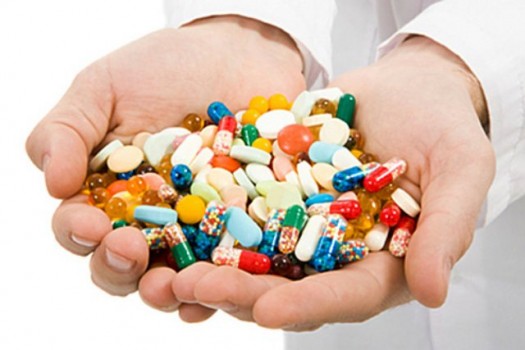 “Counting the pills that are pushed down are throat”.

For many years now drug makers have been operating on the dark side, financially compensating doctors and health care providers to promote their drugs, and paying their sales representatives based on the number of prescriptions written by the doctors they call on. It is a conflict of interest leading to over-prescription of medications that may not even be the most appropriate for patients. Some companies like GSK (Glasko Smith Kline) in the U.K, started to implement changes, and plan to have a new system completely in place by the end of 2016. This new system would apply to all sales employees who work directly with prescribing healthcare professionals. It would change to a “patient-focused” approach instead of counting the number of pills that are pushed. The direct payments to healthcare professionals for speaking engagements, as much as for attendance at medical conferences, should stop too.

“We recognize that we have an important role to play in providing doctors with
information about our medicines, but this must be done clearly, transparently and
without any perception of conflict of interest.” Glasko Smith Kline’s CEO 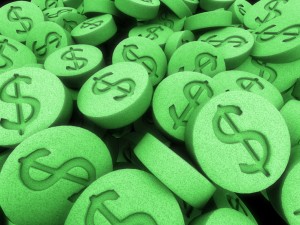 4 Billion prescriptions per year in the U.S.

Doctors too can feel a bit “squeamish” about the way drug companies have been doing business with them, and while some have benefited from the dinners and paid conferences, they always knew  it was wrong on some level. They all took an oath to protect their patients and put their interests first, but “the line between what’s best for the patient, and what’s new, shiny and expensively promoted, has blurred”. The studies proved that simply meeting with the pharmaceutical reps impact the prescribing practice of residents and physicians. It influences them in terms of prescribing cost, non rational prescribing, awareness, preference and rapid prescribing of new drugs, and decreased prescribing of generic drugs. Of course many are good drugs, and may be the best solution for the patient, but not always! ADHD/ADD drugs by example, like “Ritalin” from Novartis, are being prescribed to 3,5 million of children (compared to 600 000 in the 1990s) according to the Centers for Disease Control and Prevention. A diagnosis is now found in 15% of high school children, when in fact the truth is closer to 5%, and only a small amount of these 5% truly need to be medicated!

Pharmaceutical companies’ practices have created a situation of widespread drugs abuse, affecting short or long-term health and well being of millions of young or old Americans, and all over the world! The new systems that are being instilled are the first steps to new methods, which may favor the customers more than the companies. Can’t help feeling skeptical when I hear that, considering so much is in stake. At this level you can eternally question the transparency of pharmaceutical companies’ actions!

If you are looking for a more entertaining way to wrap your mind around this topic, here is how John Oliver summarize the situation: