Trending Now
You are at:Home»Features»New Youth Group for Trans Teens in SB

The study also found that these kids reported worse mental and physical health than other kids, echoing results seen in previous research. Bullying and discrimination are among possible reasons for the differences, Rider said, although the survey didn’t ask. According to the Human Rights Campaign, over 40% of transgender teens have attempted suicide at least one time in their life.

Syd Abad, one of the volunteers running the youth group, says “We hope to bring the younger trans community together, as junior high and high school can be really rough for trans youth.” Abad knows firsthand the hardships transgender youth experience as a recent graduate from Dos Pueblos High School and a current freshman at Santa Barbara City College.

“Being a teenager is already hard. Now imagine being a trans teen.” ~Syd Abad

“With growing trans visibility in the United States, some youth might find it safer to come out and talk about gender exploration,” Rider said. That is exactly why Abad is creating a welcoming space where teens can play games, talk about life, ask questions and so much more. Abad says “We want to set good examples for the youth and hope to show them that life as a trans adult can be successful and fulfilling.”

The new teen hangout is just one more support service that SBTAN is offering Santa Barbara and the surrounding area. In addition to an adult transgender center, and parent support groups, SBTAN offers gender training to help schools, businesses, government agencies, and other groups to be better allies to our transgender community. 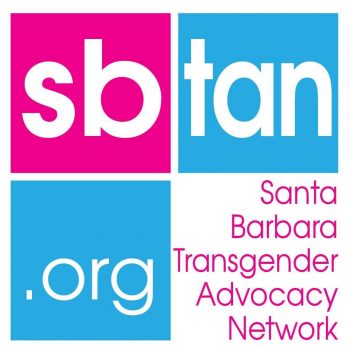 For more information on SBTAN, the Teen Group, Lisa’s Place, or how to have your organization trained contact SBTAN at info@sbtan.org