Entering my local grocery today in Santa Barbara, the shelves are not bare. The produce section gleams and spills over with local strawberries, broccoli, and grapes amid a sea of other fresh products. Despite the lockdowns, the uncertainty, the rigorous safety measures, our supply of food has flowed uninterrupted. Yet most of that food requires labor-hard, human labor to arrive fresh at market.

The gulf between the unprecedented, society-altering disruptions the COVID pandemic has brought to our daily lives and that neat supermarket, as well provisioned as ever before, has been bridged by the health and lives of the people who are considered “essential,” yet are rarely ever heralded and certainly not treated as such. Santa Barbara’s farmworkers (here as good as a stand-in for farmworkers across California and across the nation) have in recent years borne the strain of intense heat and choking smoke from the fires that have swept our state in recent seasons. Both of these latter factors are themselves the consequences of a changing climate, but all are threatening the way in which our food is produced and available to us. That we haven’t noticed it yet, on the consumer end, is due to the sacrifices made as it makes its way from the fields to the aisle.

California supplies more than 1/3rd of the country’s vegetables and 2/3rds of its fruits and nuts. We are blessed with an abundance of produce. But little of that produce is actually harvested with automation; most crops require substantial human investment of time and labor.

The millions of tons of produce in annual harvests are largely derived from the labor of migrant workers, many illegally but many also who work in the United States on seasonal agricultural visas. Only 3 in 10 are born in the United States. Mostly these workers travel in groups, from farm to farm, following the harvests. Living and working in close proximity, often sleeping many to a room, immune systems bombarded by soil-borne pathogens like valley fever and pesticides both residual and direct, often working in adverse weather conditions, and with limited access to the American healthcare system, the average life expectancy of a agricultural worker in California even before the onset of COVID-19 was 49 years old. 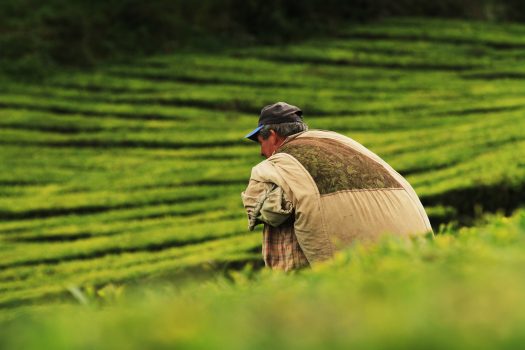 We know that in the United States this disease, the novel coronavirus COVID-19, has been particularly deadly to minority populations for a host of long-festering reasons: the industries (such as the food production and service industries) minorities typically work in, preexisting conditions, a correlation to poverty and access to care. In California, Hispanics are nearly twice as likely to die from coronavirus as whites. The most underserved and vulnerable population of Hispanics in California are farm workers. They are most at risk, while simultaneously being the most-relied-upon.

A recent study by UC Berkeley found that farmworkers contracted COVID at nearly 3x the rate of other Californians, and were 5 to 7 times more likely to die from the disease. Labor conditions, as much as access to healthcare, play a major role in this discrepancy.

Like many Americans, farm workers, particularly those who are here illegally, are routinely denied sick leave and cannot afford to take time away from work. This funnels them, as it does workers in other industries deemed “essential,” into the pool of people which contract and spread the virus.

Even before COVID, California farmworkers were beset by natural disasters. Smoke from the fires raging around the state in this year and in previous years often makes air quality range from Unhealthy to Hazardous in many of the state’s agriculture centers, yet to avoid major losses crops still had to be picked. In San Luis Obispo this August, the air quality was among the worst in the entire world. Heat waves regularly push temperatures past 100°F in fields and even further in vineyards. These challenges are not unprecedented for those who work outdoors but they are increasing in both severity and frequency due to climate change. So too, for that matter, is the prevalence of pandemics like coronavirus, thought to have originated from contact with a virus found in forest bats—as a changing climate and development pushes humans ever further into new environments.

The newly interconnected nature of our global human society will be strained by these rapid changes, and those who will most feel that strain are those often considered on the bottom, but upon whom we base the most essential parts of our lives. If this pandemic has revealed anything it’s how much we depend on people we often overlook, doing work that is increasingly difficult in order to keep our lives unspoiled. 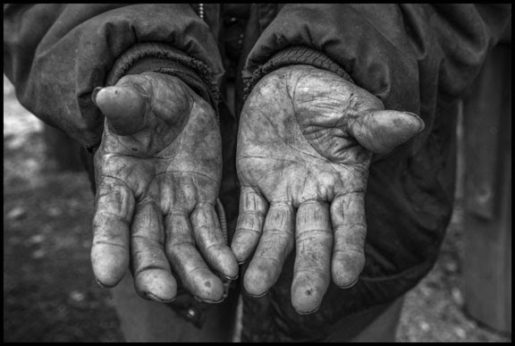