Trending Now
You are at:Home»Literary»Joseph Campbell & The Hero’s Journey

In 1949, scholar Joseph Campbell published his 1st book, The Hero with a Thousand Faces. In this book, Campbell introduced us to his theory that myths from around the globe share a fundamental structure, the Monomyth.

Campbell formulated this theory over 5 years, spending 9 hours a day reading mythology from around the world. The Monomyth structure is divided into 3 events with additional stages in between. The stories of Osiris, Prometheus, Buddha, Moses, Jesus, and many other tales from history use this structure. It has inspired many artists and storytellers, such as, Jim Morrison of The Doors, Bob Dylan, creator of Star Wars George Lucas, Bob Weir, and Jerry Garcia of the band, The Grateful Dead. While countless stories follow this Monomyth structure, we will use the original Star Wars Trilogy as an example for exploring this process.

The Seventeen Stages of the Monomyth 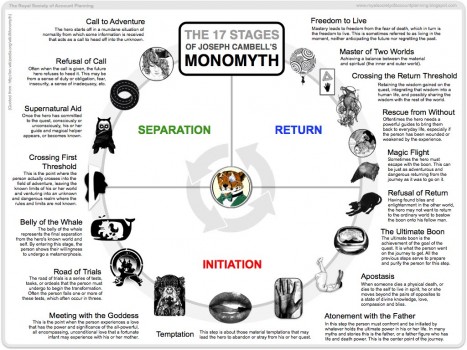 The Cycle of Mythology

In the first stage of the hero’s journey, we find our protangonist living life in a typically mundane situation. The Star Wars, Luke Skywalker lives as a talented yet lowly and pretty damn whiny moisture farmer on Tatooine.

1. Call to Adventure – By some chance the hero will become aware of information or actions that call for them to go on a quest. The lovable and recently acquired droid R2-D2 plays a holographic message of Princess Leia pleading for Luke’s soon to be mentor, Obi-Wan Kenobi’s assistance.

2. Refusal of the Call – Overwhelmed by the information, the hero refuses the call and makes excuses as to why they cannot answer it. Luke refuses Obi-Wan’s request to join him on his mission, stating that he has responsibilities at home. 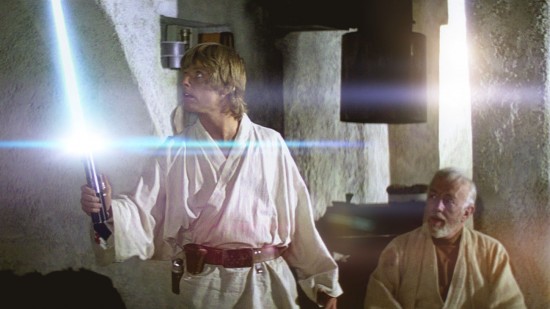 3. Supernatural Aid – Once a commitment to the quest is made by the hero, they are provided with a special weapon or power that will assist them along the way. Obi-Wan gifts Luke his fathers lightsaber and explains some Force 101.

4. Crossing the Threshold – The moment when the hero actually embarks upon the journey. After Luke discovers that his family has been murdered and that nothing is left for him at home, he decides to join Obi-Wan on the quest to save Princess Leia, cause that sounds way cooler than hanging at the farm where your entire family was just massacred.

5. Belly of the Whale – The final separation between the hero and their home. Luke and Kenobi bail out from Tatooine with their new bros Han Solo and Chewbacca. 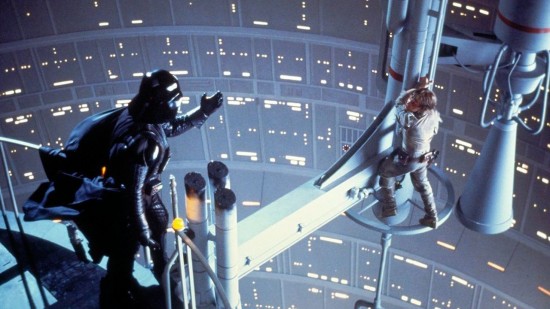 The Empire Strikes Back is nothing but a road of trials for our hero, Luke.

6. The Road of Trials – A series of usually 3 trials and tests, the hero often fails one or more of these test. In Luke’s journey the destruction of the Death Star is his first test and one that he passes. His second and third tests do not end so well. While training with Yoda on Dagobah, Luke fails in his truly mastering himself and the force. Thirdly, in the duel between himself and his newly revealed father, Darth Vader, he is defeated, injured, and almost killed.

7. The Meeting with the Goddess – Our hero experiences a love that has the power and significance to that of a mother. Luke begins to have strong feelings for Leia, his unbeknownst sister.

8. Woman as Temptress – The temptation to abandon the journey for material or other gain. Luke is close to being seduced to the dark side as the Emperor feeds his rage against his father and especially with the prospect that if he will not turn, perhaps his sister will.

9. Atonement with the Father – In this stage, the hero must confront and be initiated by whoever holds the ultimate power in their life. Luke battles Darth Vader and once again is on the losing side of the fight. Nearing death from the Emperor’s attacks, Luke begs his father to help save him from certain death. 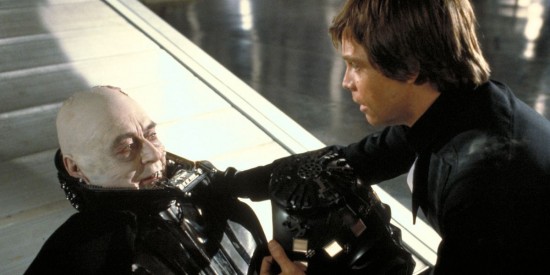 10. Apotheosis – The spiritual death and rebirth of the hero. Darth Vader hears his son’s cries for help and returns to the light, deciding to destroy the Emperor in a self sacrificial action. By bringing his father back to the light, Luke has finally become a true jedi.

11. The Ultimate Boon – The stage of achievement of the goal. Luke is a jedi, has defeated the Empire, the dark side, saved his father, and all his friends and family are safe.

12. Refusal of the Return – The hero basking in their newly found bliss, may not want to return to their previous life and share this bliss with his fellow man. Luke does the opposite of this, upon his reunification with his friends, he shares with Leia that they are siblings. He then goes on to train her and new jedi in the ways of the force.

13. The Magic Flight – The daring escape made after obtaining the boon. Luke carries his fathers body onto a transport and flees the Death Star before its complete destruction.

The Millennium Falcon in Magical Flight

14. Rescue from Without – When powerful guides or mentors help bring the hero back to normal life. When Anniken, Obi-Wan, and Yoda appear from the ether to acknowledge Luke and his newfound jedi knighthood.

15. Crossing the Return Threshold – Retaining, integrating, and sharing wisdom learned on the quest. Luke shares his knowledge of the force with future jedi.

16. Master of Two Worlds – The hero has achieved a balance between the material and spiritual world. Luke has sorted all of his family issues, become a man and a jedi.

17. Freedom to Live – By becoming a master of the two worlds, the hero is free from regrets of the past and worries of the future, this leaves them to live in the moment. Luke has resolved all the  conflicts in his life, he is free to live at one with the force.

Each of Us are the Heroes in Our own Journey

The Monomyth is a method of story telling that is innate to humans. Cultures from around the world share it’s structure in their stories. Every human, whether they are aware of it or not, is on their own hero’s journey. By studying Joseph Campbell’s work we can better our own understanding of the tests, trials, and progress along our journey.