Trending Now
You are at:Home»Literary»No Ones Child – Part Three

The distance of their homestead to town made it difficult to arrange many after school or weekend play-dates with children her own age and the result was that Natalia was much of the time on her own. She adored walks into the hills imagining the rugged vistas as they were when the Native Americans dwelt here, she would often look for arrowheads in the creek that shot down a narrow vein through their canyon. After the rains, the hillsides would become soft and supple and the earth would give itself into the rocky banks of the narrow stream. She would sift her fingers through the mud and feel for something sharp and jagged, something that had been shaped into existence by a human hand that seemed to reach right out of a myth and give unto her an ancient relic. She would trot through the fruit orchards and bring a blanket and a book and sometimes a little picnic basket, her sweet wet nosed yellow haired companion Lao Tzu bounding beside her, often tripping her and spilling the contents of her lunch as they went along. 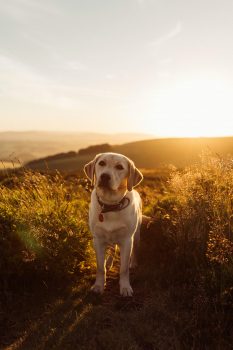 Bruce had brought the dog home one night several years back as a companion for Natalia. He had adopted him from the humane society without Marianne’s consent. Marianne had her heart set on a Tibetan Mastiff as the perfect dog for their family. Exotic, and a creature of the east what could be more suited? She imagined the dog with its beautiful red locks, knotted and wild like a Vedic monk, she imagined long walks with this creature by her side as some sort of familiar or talisman to march alongside her on her journey. Either way, to Marianne, they were splendid and perfect animals and represented her enthusiasm for all things of the East. As much as Bruce would have liked to procure the shaggy haired mountain yak of a dog for his wife, they were very expensive and nearly impossible to obtain. And he saw something in his daughters’ eyes that didn’t sit well with him, a kind of loneliness or maybe sadness, he thought she needed a companion and he wanted to give her one sooner rather than later. Since Lao was such an “American” dog Marianne had insisted on giving him at the very least a more conscious title. If they were going to own a Labrador he was going to be the most elevated and progressive Labrador to ever pad across the soil of the west coast. That evening, as her new friend lay beside her already shedding all over her comforter, Natalia had never felt so proud of anything in her life; he was all hers and it was such a good thing to know. She woke up the next day ready to command her new companion and acquaint him with all of her most sacred spaces, he would share in her world completely and she would be his alpha and he her beta. This new love bolstered her spirit and she could feel a little fire beginning to kindle somewhere deep inside her. A fire not yet strong enough to cast off the shadows but a fire no less.

Other than Lao Tzu she had some school friends but the differences in their upbringing were glaring and she often felt strange unpacking her jute basket and unfolding the brown wax paper wrapped sprouted tempeh sandwich and chickpea mash. Marianne was blissfully unaware of this disparity among her daughter and her peers and imagined her daughters’ days to be one after another of harmony and camaraderie, she didn’t really think much about the other children or their families.

Marianne herself wasn’t that close with any of the parents, as all of her friendships were centered around the yoga studio she attended in Monterey. Surprisingly, for someone so devoted to all things progressive and holistic she hadn’t really thought much about her daughters schooling at all. Her intention was to enrich her daughter’s life at home with spiritual teachings, yoga, and philosophy from the comfort of her own home. Marianne was rather proud of that notion and sighed to herself, wishing she could have been as lucky as Natalia and had a mother that offered her up so much wisdom from such an early age. So it caught her completely off guard when Natalia came home expressing unease and unhappiness, feeling strange and out of place at times, wondering why was their family so different? Why couldn’t they watch TV during the week, or eat chips and ice cream? Why was her lunch such a bizarre attraction to her peers that caused them most days to hold their nose and say “Ewww gross”? It made her embarrassed and she had often skipped her lunches to avoid the theatrics of her classmates. 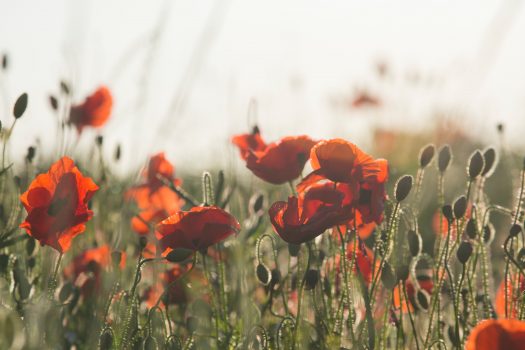 Photos by Diana Parkhouse on Unsplash

Natalia’s school was a charming tiny little public school about 25 minutes from their house. It was the nearest school to them, and being in such a rural setting the families it serviced were a mixture of both upper-middle class land owners and hardworking families supplied by the agricultural trade. Although their family were quite private and weren’t very involved in the social happenings it seemed well enough for all of these years. But for the first time seeing her daughter feeling cognizant of her difference from her peers, it struck her like a lightning bolt and she could absolutely NOT believe she hadn’t thought of it before. Marianne was aghast. Shocked, blindsided and distressed. Of course. It was the other children and their parents, they were to blame. They were not conscious or broadminded and they were more than likely feeding their children toxic garbage, how could she have been so blind?!  The solution to this problem led to many hours of heated debates with Bruce and sent their family on a trajectory that would rip and tear at the very fabric of their union. Marianne had a new passion and a new mission. It was about time too, it had been almost 9 months since she had discovered kabbala and that was quite a long time to devote to one interest.

Natalia was so used to the new spiritual teachers coming through and the constant crop of new books littering the countertops, the chanting music would change, from Hindi to Gurmukhi to Tibetan flute and all the way back to Native American pipes. She had gotten used to the red string around her mothers wrist but was not surprised when she snipped it off. No, this next phase in Marianne’s journey took her down a path that was not about a new religion or school of thought or meditation practice; this was about finding the most aware, conscious, wholesome school environment for her daughter. This was possibly what she had been missing all along and she was sick with herself she hadn’t seen it before. She threw herself into research, she was even prepared to pack up and move if she had too. She’d considered it many times before to follow a beloved teacher but Bruce and Tali were her anchors. But this, this was, in her opinion, the most purposeful duty she had undertaken and one that would support the awareness of both her husband and her daughter, and they would be closer to joining her at the elevation that she felt herself at. She imagined earthen walled structures with happy, healthy, thriving children bounding out into the natural setting of the play yard. Loving, nurturing teachers clad in homemade aprons serving freshly baked organic snacks, a community of like minded parents all raising the future generation of little living buddhas together. She could kick herself, THIS is what she had been missing. This was the environment that was absolutely necessary in the happiness and well-being of her whole family.