Trending Now
You are at:Home»Literary»Pizza With The Emperor (Part I)

As the wind blew and the waves rocked, the pizza cooked repeatedly. It was 22 BC and Naples was flourishing. The city supplied many people throughout the Roman Empire with fish and other creatures from the sea. After a long day of fishing and pulling in nets, one particular fisherman, named Rufus, couldn’t help but sit back and relax, dreaming of the pizza that awaited him. Although he had only caught half a day’s worth of fish, Rufus knew when it was time to head into shore. It was thirty minutes until sundown and the air was chilly and wet.

Pondering on life and everything current, Rufus gazed into the distance as the sails above carried him closer to land. He was a poor man. Born into slavery and left with only one eye after fighting for his freedom. He often felt cursed and blessed at the same time. Nonetheless, he was thankful. Thankful for another day at sea on his old ship. Thankful for his beautiful wife, Priscilla. And thankful for his son, Baby Rufus, who was just six months old.

When Rufus docked his ship, his old friend Cicero was waiting for him.

“On time as usual,” said Cicero.

“You know me,” replied Rufus. They met every day at the same time and exchanged fish for copper coins.

“C’mon Rufus,” said Cicero, “I had a feeling we were going to have some good luck today.”

Rufus chuckled, barely listening. All he could think about was Priscilla and Paulo’s Pizza.

“My bad bro, I’m thinking about some pizza. Paulo’s has a special on Tuesdays. Hey, you should go get some too! Going to be cold tonight. Nothing like a warm pie on a chilly night.” Rufus tied up his boat, exchanged fish for copper coins, and said farewell to Cicero.

After leaving the shoreline, Rufus headed for Paulo’s. Home of the best pizza in Naples. And although Rufus and Priscilla couldn’t afford much, once in a while he loved surprising her with a fresh, cheesy pizza. After walking a half mile through the cobblestone neighborhood, Rufus arrived at Paulo’s. Outside was an old lady. Skinny and frail, the old lady called out to Rufus.

“Excuse me sir…Can you maybe spare a coin or two?”

Rufus looked at the old lady as she sat against the wall across a dark alleyway. He then looked into his pouch and weighed it.

“I’m sorry ma’am…I  don’t believe I can. Can I treat you to a slice of pizza?” Rufus asked generously.

“Yes please!” the old lady said. “It’s been five days since I’ve had a meal.”

“Well c’mon in, then, follow me,” Rufus replied. The two of them went into Paulo’s and walked straight to the back. Set aside in the kitchen was a whole pizza, just for Rufus.

“Wow packed house tonight, huh Paulo… by the way this looks amazing.” Rufus pulled a large fish out his bag and tossed it to Paulo.

“All is well, Paulo, thank you for asking…But I better get going, they’re at home waiting for me,”  replied Rufus.

Rufus grabbed his specially made pizza and left Paulo’s, the old lady following close behind.

“Here you go ma’am…I hope you like pepperoni.” Rufus held out a couple slices stacked on top of each other.

“Oh, I’m not hungry Rufus…I was just testing you,” said the old lady.

Rufus looked at her, confused. “What do you mean?” he asked.

The old lady sighed. “This whole day I’ve been begging people for coins, and you’re the only one so far who has stopped and showed some sort of kindness. In return, I shall grant you three wishes…just be careful what you wish for.”

Rufus looked at the old lady like she was crazy.

“Okay lady, I wish I was the emperor of Rome,” he said jokingly.

The old lady began to whisper some words in a language Rufus had never heard before. It actually began to creep him out.

The lady then told Rufus to go home and instructed him to meet her at Paulo’s on the next full moon. Only then could his second wish be granted.

Rufus walked home and tried to forget about his encounter with the old lady. He thought it was a waste of his time. When he arrived at his small cobblestone home, Rufus knocked on the door with a rhythm only he and Priscilla knew. When she opened the door, they both smiled. They kissed and he handed her the pizza. Rufus followed his wife as they walked into the kitchen and ate pizza. Both were filled with joy as they played with Baby Rufus. Bellies full and warmed by a fire, they all fell asleep early. The cool air flowed through slightly opened windows.

As Rufus slept, he imagined a heavy crown made of gold, diamonds, and sapphires. In his dream, he also saw Baby Rufus. They were in a large room made of marble and Baby Rufus was screaming and crying. The ground began to shake and the walls began to crack. Rufus jumped on top of Baby Rufus to protect him, bracing for impact. As the stone from above began to crumble, he turned his head and looked all around him, but Priscilla was nowhere to be seen.

The ground stopped shaking and dust filled the air.

“Where’s the emperor?! Find the emperor!” A dozen guards swarmed the room and flocked towards Rufus. Digging and searching through the rubble.

Rufus opened his eyes and could barely see Baby Rufus through cracks of light. They were both buried in rubble, confused and slightly injured. As Baby Rufus cried, one of the guards yelled, “I hear the prince! Come help, he’s over here!” The guards lifted the broken stones and pulled them out.

“My lord, are you okay?” one of the guards asked Rufus. Rufus blinked in surprise.

“Cicero, is that you? What’s going on? Where is Priscilla?” Rufus stared at Cicero while wrapping Baby Rufus with his shirt.

Cicero gave Rufus and the other guards a blank expression, his eyes darting back and forth. Calculating the situation.

“My lord…The empress passed away last winter from the flu,” one of the guards in the room said.

Rufus stared at Cicero with a wicked eye and blood on his face. This has to be a dream, he thought to himself. He grabbed the crown on his head. For a half second he gazed at the fine jewels set in stone. A switch turned and he became enraged.

“Why are you dressed like a soldier, Cicero?! Where are we?! Where is my wife?!”

The guards looked at each other, confused with panic. Cicero seized charge.

“There has been an earthquake in the city, we must take you where it’s safe, my lord.” Cicero and the guards grabbed Rufus by the arms and ushered him and Baby Rufus into a chariot.

As they rode through into the gloomy streets of Naples, Rufus stared at the moon, urging himself to wake up. But there was no waking; There was terror in the city and he had a feeling in his gut, like he knew what had happened. This wasn’t a dream. It wasn’t an act. Everything was too real. Baby Rufus was really crying. 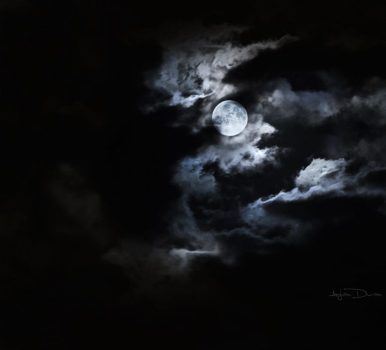 In his mind, he thought back to his encounter with the old lady.

And in return, I will give you three wishes…Just be careful what you wish for, he could hear her saying.

Cicero and the guards stared at Rufus with blank faces.

“Guard! Turn around, we have to go to Paulo’s!” Rufus yelled again.

Cicero shook his head slowly. “No, I don’t think so,” he said. “We’re going somewhere else.”

“What? What do you mean?” Rufus stared at Cicero, demanding an answer. Cicero stared at the moon, avoiding Rufus’ gaze before regaining his focus.

“I guess this is the way it’s meant to be,” Cicero said.

Rufus held Baby Rufus with both arms, rocking him side to side as he broke into a cry.

“Cicero, what are you talking about? I need to get my child some help. Guard, where are we headed?!” Rufus became enraged again and glanced back and forth between Cicero and guards up front.

“Don’t worry Rufus…I’ll take care of him like he’s my own.”

Cicero grabbed Baby Rufus from the arms of Rufus. He then grabbed the heavy gold crown filled with diamonds and sapphires. While Baby Rufus was crying and distraught, Cicero opened the chariot door and kicked Rufus out of the moving wagon.

He put the crown on his head and stared at the infant. He looked up at the moon, as if it were watching the whole situation. He then told the guard up front, “Hey guard, you can turn back around now…Let’s go to Paulo’s and get some pizza.”

Baby Rufus’ cry began to quiet as Cicero rocked him. Cicero looked down and whispered, “I still have two more wishes.”

Jonathon LoneTree is a full time student at Antioch University Santa Barbara pursuing a bachelor's degree in Communication & Marketing. He was born in Watsonville, CA, and raised in Los Banos, CA, surrounded by farmland and dirt canals. Jonathon has yet to publish any books or novels, although he has released two albums and plenty of other songs that he has produced and written by himself and with other artists as well. Jonathon believes that everybody has a purpose in life. He also believes that the art of storytelling is what makes the world go round… along with money, the sun, gravity, etc.