Trending Now
You are at:Home»Literary»Writing for Therapy: Bird Bath

I lost an old friend from high school. The news of his death was both shocking and overwhelming. I felt like my heart was torn out of my chest. My body was flooded with a feeling of despair and sadness although my memories of Gashaw were so positive. I remember a kind and gracious guy who had an amazing ability to connect with everyone. My heart ached at the thought of his sisters Semany and Rina.  Two beautiful people that seem to always radiate warmth with their stunning smiles and genuine kindness. 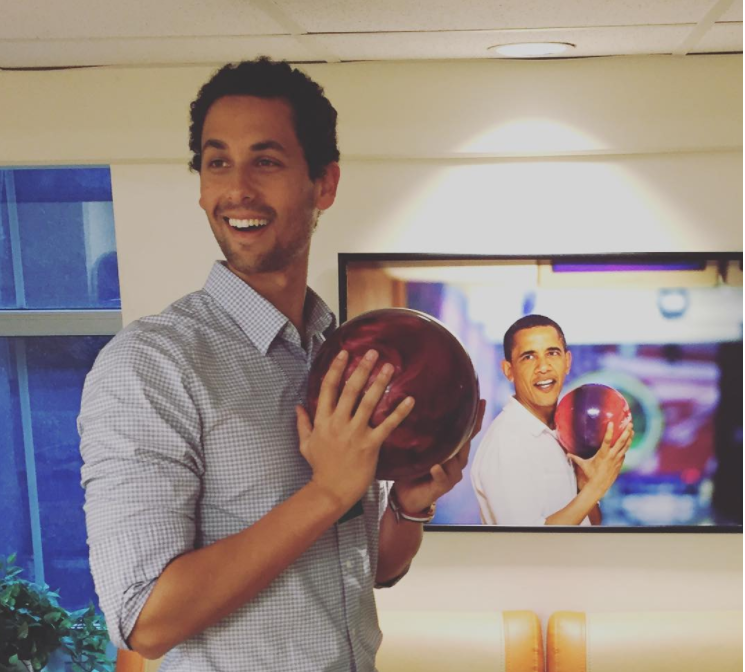 Gashaw graduated Harvard in 14′ with a degree in Government.

Since Gashaw’s passing, I’ve had the opportunity  to contribute a lot of my time to writing. Although at first I felt like I was facing a tedious and difficult task. I soon realized that I was actually using my writing as a way to process my emotions, some kind of writing therapy. Writing offers me the opportunity to gradually heal my emotional trauma. 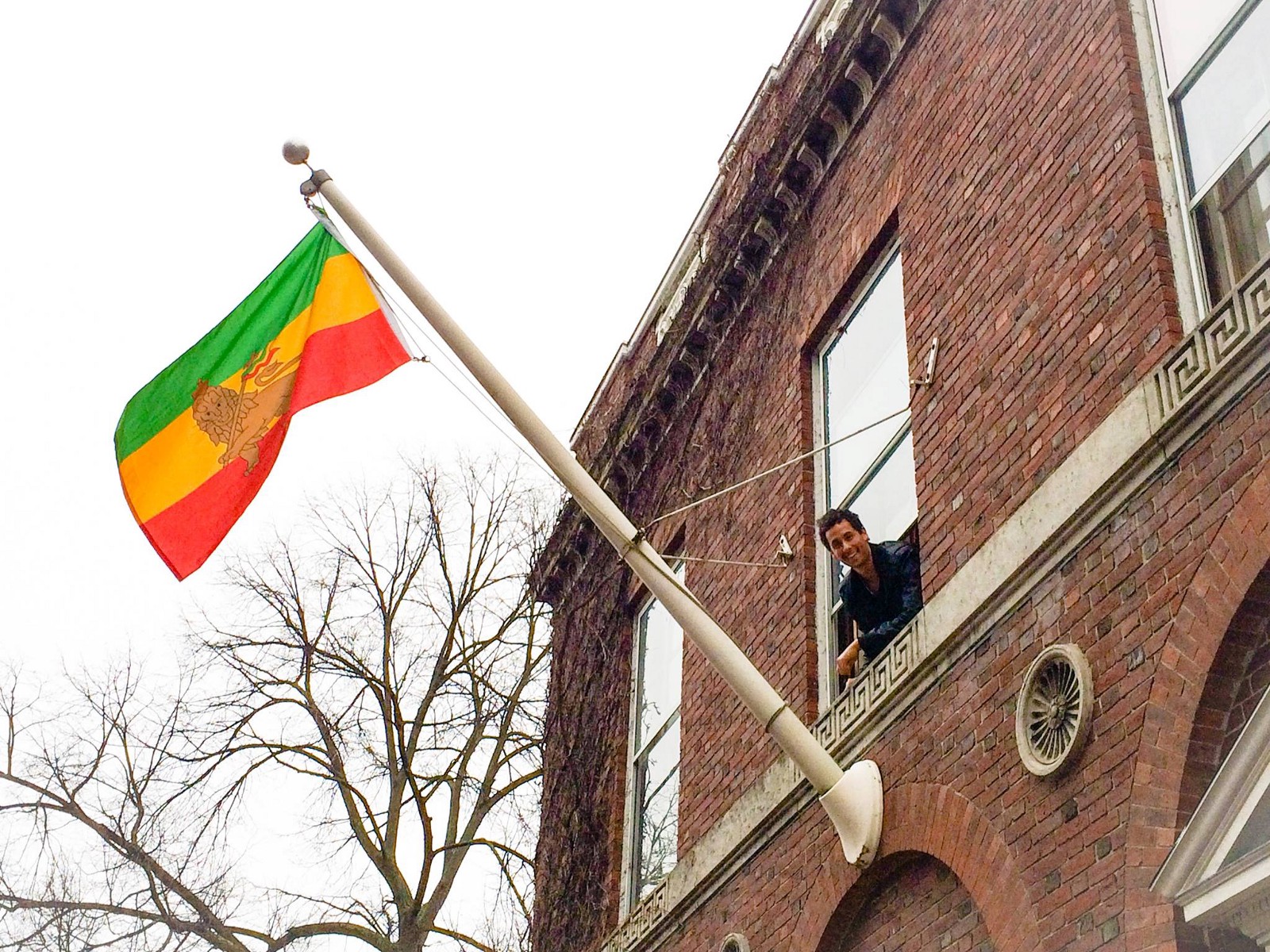 Gashaw was proud of his Ethiopian heritage.

Joao was a young Toucan, with a large, colorful beak. He was recognizable from a mile away, as long as it wasn’t raining again. His bright orange beak was faded with a hint of deep red, like a sunset as it creeps over the horizon. Joao was perched atop a tall tower in the city of Manaus. A warm summer breeze rippled his feathers. He was overlooking the large Brazilian city located in the depth of the Amazon with storm clouds looming ahead. From the top of the city skyline, the juvenile Toucan stared off as far as his beady eyes could see. To his left the Ponta Negra river and to his right the Amazon. Both currents were rushing with force heading straight at one another towards the junction, and then continued its way out to the Atlantic. Behind the Toucan, a couple miles away, was his home, and the dark green jungle was visible for miles, he hated living there. Especially on rainy nights.

Joao never liked home. His life was filled with stress and the uncertainty of living in the jungle. One night you’re being chased by an acrobatic Jaguar with four inch fangs, the next you’re dodging the venom of a snake more colorful than Joao’s beak. The young Toucan was an easy target with his obnoxiously bright features. He had come to learn that he was more of a city bird. He liked to sleep, eat, and occasionally even take a hot bath – to the displeasure of the residents of a small house right outside the jungle limits. Joao would sneak into their house during the day through a second floor window, while the couple was off at work. He was a crafty bird and had figured out the locking mechanism. Once inside, he would stand perched on the faucet, and start to rotate the handle with his claws in order to draw the bath. He had seen the owners do this through the very same window he flew in through.

The intelligent bird would fill the tub with a couple inches of hot water and then flutter around. After a little while he would get out and burrow in the pile of fresh fluffy towels in the bathroom cabinets. This had gotten him in trouble the night before. Joao fell asleep and was discovered by a frightened man who bellowed at the top of his lungs, and ran out of the bathroom childishly. Joao jerked up in a hurry and flew out through the window before the man could return with a football helmet on his head and a his old tennis racket in his hand. This time though, Joao promised himself he wouldn’t doze off like that again.

The rain started to pour on Joao. He hated this. The gorgeous bird flew from his high city perch and made it to the small residence. It wasn’t yet dark, he knew had time before the owners came home. He landed next to the window and flicked the lock with his beak. The latch came loose and the bird made his way back into the house again. He enjoyed his bath and couldn’t resist the temptation of the towels. This time he said again, he wasn’t going to fall asleep. The issue with this was the addictive softness of the cotton towels. It was too much to handle. Within minutes the young Toucan was out like a light. It was amazing the depth of sleep you could experience without the looming sounds of all the jungle predators. The Toucan laid there with his chest slowly rising and falling.

All of a sudden a creeping sound. The bathroom door opened, in a surprised hustle Joao hopped out the cabinet ready to take flight. Unfortunately, the young man wasn’t frightened this time. He grabbed the tennis racket, that he had left in the bathroom from the night before, and swung ferociously in the air. The toucan had barely gotten a foot off the ground before the swing of the racket crushed his skull and jerked him across the room. The toucan landed in the still water of the tub, drops of blood started dripping into the warm water. The bath changed colors into a deep, dark hint of red that matched the base of Joao’s beak. The beautiful bird was gone. 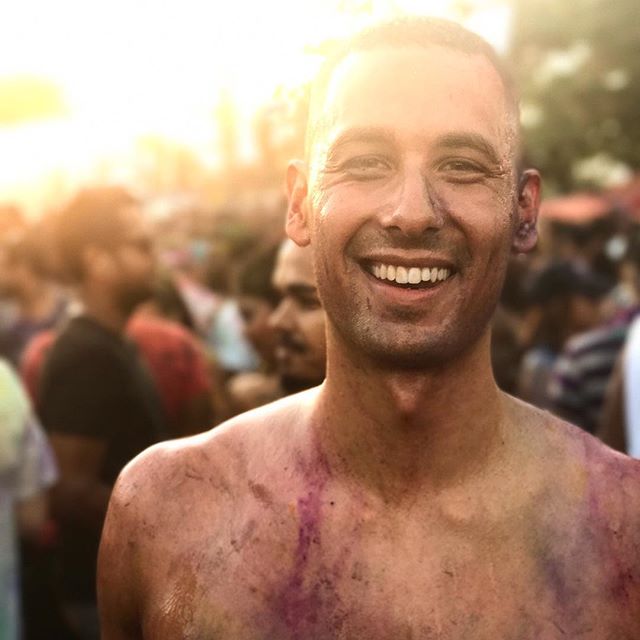 Gashaw as I remember him… smiling!

Attending Gashaw’s service and burial was one of the most emotionally charged days of my life. His joyful enthusiasm for life and other people was contagious and marked the lives of hundreds of people. Those people were in attendance. Even after he has left us, Gashaw brought together friends, new and old, from across the world. This was a wonderful metaphor for how he lived his life. Friends and family from Trinidad and Tobago, France, China, South Korea, all over the U.S, and of course Ethiopia made their way to California to cherish the life of this beautiful soul. This young man was loved and the positivity that transpired from this tragic event is completely inspiring.

This story is dedicated to my friend, Gashaw Clark.

You are sorely missed.