Trending Now
You are at:Home»Lifestyle»Travel»5 First-Time Must-Sees in Los Angeles»rodeo 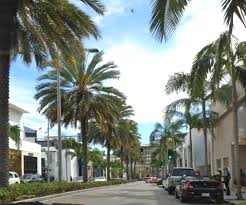