Trending Now
You are at:Home»Features»White Privilege: A White Hip-Hop Duo Sparks A Conversation 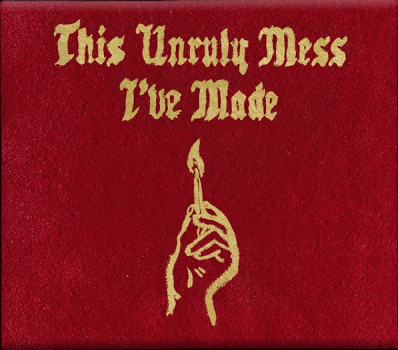 The topic of White Privilege is not an easy topic. It’s uncomfortable with many mixed emotions from all communities. I have asked many White people what they think of White privilege. I have received a range of responses from people being guilt ridden, defensive, passive, and in denial, to people thinking it’s a myth, or just an excuse for the lack of success for minorities.

Being a person from Seattle, I grew up in an extremely diverse community. Additionally, I am very proud of Macklemore & Ryan Lewis, the Hip-Hop Duo from Seattle who are bringing the topic of White privilege back to the surface.

Macklemore &  Ryan Lewis are best known for their viral song, Thrift Shop off of their freshman album The Heist. People may know them from this single, but unknown to many people, this duo has been known to tackle pretty difficult topics in their music. The prime example being Same Love, a touching song dedicated to the Gay and Lesbian community. Most recently, the duo is tackling yet another social justice issue. On January 21, 2016 Macklemore & Ryan Lewis released their new single called White Privilege II off of their sophomore album This Unruly Mess I’ve Made set to be released February, 26 2016. They were also featured on Sway In The Morning on Shade45, SiriusXM to talk about this powerful song in depth.

When talking about White Privilege II, Macklemore says, “…as White Hip-Hop artists to step into the conversation in an authentic way to engage a dialogue with White people, and that’s what this song’s intention was at the core.” This heart thumping song chants,

“Blood in the streets, no justice, no peace

No racist beliefs, no rest ’til we’re free” 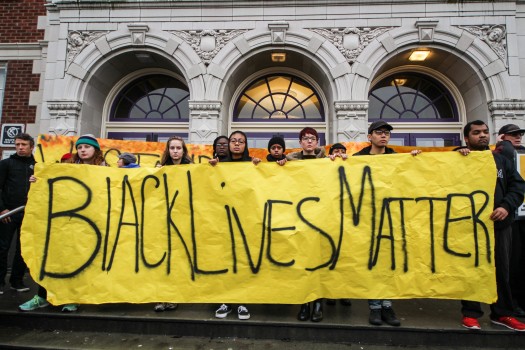 This song is set as a window into Macklemore’s internal processing of the Black Lives Matter movement in addition to the acknowledgment of the topic of White privilege. 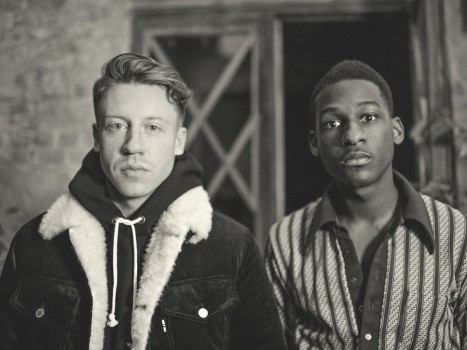 Macklemore with Leon Bridges, who is featured on “This Unruly Mess I’ve Made”

“We can be silent, we can sit back behind the veil of white supremacy and be comfortable. But that is never going to change anything.”
Macklemore & Ryan Lewis both believe that they have a responsibility as White Hip-Hop artists to speak about racial issues within America.

When a person wants to support and help aid a community of people they are not ethnically a part of, you have to know what you can say and what is not okay to say, especially when you’re White and your people have historically been the oppressors of the currently oppressed. Macklemore was questioning whether or not he is allowed to chant out “Black Lives Matter”.

“They’re chanting out, “Black Lives Matter,” but I don’t say it back

Is it okay for me to say? I don’t know, so I watch and stand

In front of a line of police that look the same as me.” 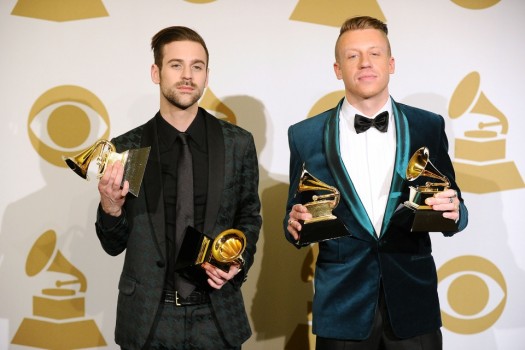 Macklemore & Ryan Lewis won 4 Grammys from their album “The Heist”

Within the Hip-Hop culture, it can be difficult to be White. Which makes sense because Hip-Hop is a movement born out of oppression and struggle from the White Man. Being White in Hip-Hop, often times you are seen as appropriating the culture. Macklemore tackles this issue within White Privilege II and references himself, Elvis Presley, Miley Cyrus, and Iggy Azalea for appropriating the Black culture and reaping the benefits of being White within that system.

“You’ve exploited and stolen the music, the moment

The magic, the passion, the fashion, you toy with

The culture was never yours to make better

Fake and so plastic, you’ve heisted the magic”

We take all we want from black culture, but will we show up for black lives?”

This song is a call to action for all people, more specifically the White community, to face the conversation about white privilege with White people.

“The best thing white people can do is talk to each other, having those very difficult, very painful conversations with your parents, with your family members.”

Listen to the song here on SoundCloud or YouTube, read the lyrics here on RapGenius. 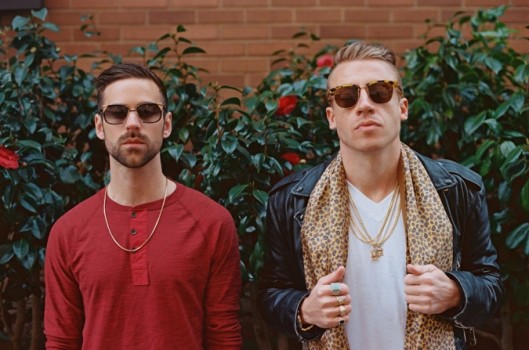 Ian King was born and raised in Seattle, WA and is currently enrolled in the BA program to earn his degree in Communications and Mass Media. He has a passion for music and thinking creatively. He loves making informative and exciting videos and is very excited to be on the Odyssey team. On his spare time, he serves as a community counselor for Isla Vista Church, and spends time in the recording studio writing and recording music for Isla Vista Worship along with his own project.