Trending Now
You are at:Home»Student Activism»Invasive Plants and Their Effect on the Local Ecology

There is an issue that does not always get enough coverage—invasive plant species and their effect on the local ecology.

An invasive plant is any plant that is not from the local area and more times than not invasive plants have a detrimental effect on the ecology. At the Santa Barbara Botanic Garden, one of the many issues worked on is maintaining and removing invasive plant species from local environments. These invasive plant species can have a disastrous effect on the local environment. For example, if you go up Gibraltar Road you will see the invasive weeds out competing local wildflowers. When this occurs, local pollinator species have trouble pollinating these native plants, which in turn hurts their chances to spread the genetic diversity of the plants and overall success of the wildflowers.

A local example of this is the invasive Yellow Star Thistle, it has come into the Santa Barbara region and has began to choke out local wildflowers such as the Clarkia Botte. With a lack of genetic diversity plants lack the ability to be resilient against natural disasters and disease. This is just one example of how invasive plants can hurt the local ecology.

Another issue that can be brought up is drought concerns. Local native plants have adapted to work with their environment so when a non-native plant comes into a new area they pose the risk of draining local resources. If drought levels rise due to the invasive plants sucking up more water it can lead to a disastrous outcome for the surrounding plants and animals. For instance, when non-native grasses come into a new environment they suck up more water causing large native oak trees to die. At first glance you might think the tree just died, but under further inspection we can see that the oak tree was supporting many other species such as the insects living in and around the tree, the birds nesting in the canopy of the tree, and  even the larger game coming by for rest and shade. 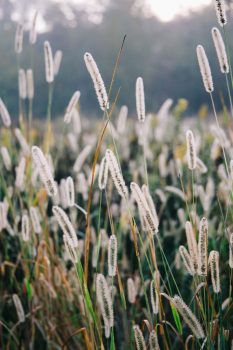 The best thing to do is to be more self aware and to spread awareness. Some options to help spread awareness are to volunteer at local organizations such as the Santa Barbara Botanic Garden and Channel Islands Restoration.

Another option is asking a garden representative which plants are local when you are looking to purchase plants for your home.By planting native plants you will not only help your local ecology flourish, but you will also be seeing much more of the local wildlife visiting your yard. You too can become an agent of change to help your local environment, no change can happen overnight, but with the combined efforts of us all we can begin to see a change for the future. 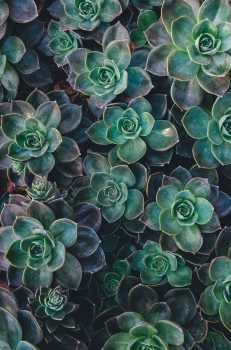 My name is Jeff Kohlschmidt, throughout my time at Antioch University Santa Barbara my concentration has been environmental studies, specifically conservation and research. Over the past year I have been interning at the Santa Barbara Botanic Garden, which is where my passion for preserving the native habitat and ecology came from. I look forward to the future and continuing my career in conservation.